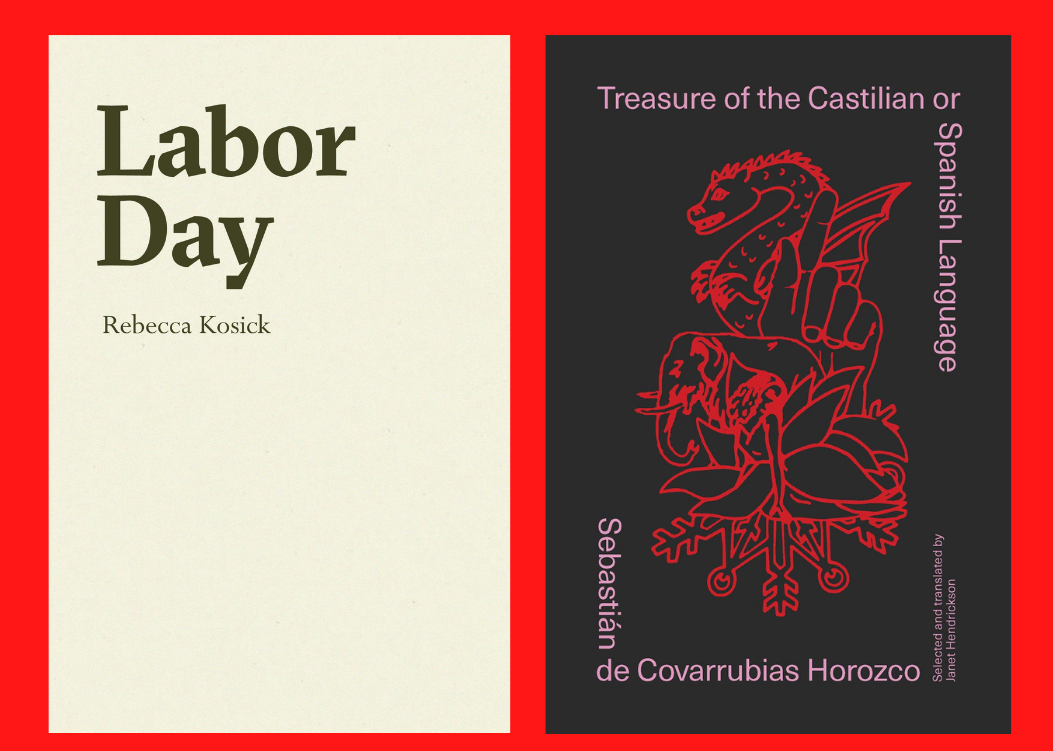 A reading and conversation with Rebecca Kosick and Janet Hendrickson about their recent books, moderated by Laura Jansen . This event is co-hosted with the Bristol Poetry Institute. 1PM CST/7PM GMT

A reading and conversation with Rebecca Kosick and Janet Hendrickson about their recent books, moderated by Laura Jansen . This event is co-hosted with the Bristol Poetry Institute.

This is an online event and registration is required, you can do it here

Translation as Poetry/Poetry as Translation: A Reading and Conversation with Rebecca Kosick and Janet Hendrickson

Rebecca Kosick and Janet Hendrickson discuss how writing and translation are inseparable practices during this transatlantic reading from their recent books. Rebecca Kosick’s Labor Day (Golias Books, 2020) is a serial poem set in the postindustrial Midwest that explores the landscapes of the author’s childhood through the distorted lens of memory. Janet Hendrickson’s Treasure of the Castilian or Spanish Language (New Directions, 2019), an experimental translation of a seventeenth-century dictionary by Sebastián de Covarrubias, turns the original into a series of prose poems. Laura Jansen of the University of Bristol will moderate the conversation.

Rebecca Kosick is the author of Labor Day (Golias Books 2020) and Material Poetics in Hemispheric America: Words and Objects, 1950-2010 (Edinburgh University Press 2020). Her poems and translations of poetry have appeared in venues including the Iowa Review, Fence, The Recluse, and ecopoesia.com. In addition, she has published numerous academic articles and essays addressing 20th century and contemporary poetry in the Americas. Rebecca is a Senior Lecturer in Translation at the University of Bristol, UK, where she also co-directs the Bristol Poetry Institute and runs the Indisciplinary Poetics Research Cluster. She holds a PhD in Comparative Literature from Cornell University.

Janet Hendrickson translates from Spanish and Portuguese. Her most recent project, Treasure of the Castilian or Spanish Language (New Directions, 2019), pairs translation and erasure to turn a 1611 dictionary by Sebastián de Covarrubias into a series of lexical poems. This book was longlisted for the 2020 PEN Award for Poetry in Translation. She is also the translator of The Future Is Not Ours (ed. Diego Trelles Paz, Open Letter, 2012), an anthology of short stories by young Latin American writers. Other work has appeared in venues including Granta, n+1, Mandorla, and The White Review. She holds a PhD in Romance Studies from Cornell and an MFA in Nonfiction Writing from the University of Iowa. Currently she is a Postdoctoral Fellow of Spanish at the University of Dallas.

Praise for Treasure of the Castilian or Spanish Language

“Hendrickson’s choices poke fun at the arbitrary nature of definition, etymology, translation, and other word work, undermining the idea that any such activity can ever be objective . . . A delightful alchemy of erudite gleanings.” – Harper’s

“Covarrubias’s volume compels modern readers because of its ongoing contradictions and inconsistencies . . . Hendrickson’s volume is powerful because of the way it brings Covarrubias’s dictionary to new audiences: both through its approach to translation as a practice, and through its celebration of the dictionary as a poetic form.” – Public Books

Laura Jansen is Senior Lecturer in Classics & Comparative Literature at the University Bristol. She is author of Borges’ Classics: Global Encounters with the Graeco-Roman World (Cambridge 2018), volume editor of The Roman Paratext: Frame, Texts, Readers (Cambridge 2014) and Anne Carson/ Antiquity (Bloomsbury, 2021), and general editor of Bloomsbury monograph series Classical Receptions in Twentieth-Century Writing. Her next book is on Italo Calvino: Classics between Science and Literature. She is originally from Buenos Aires. 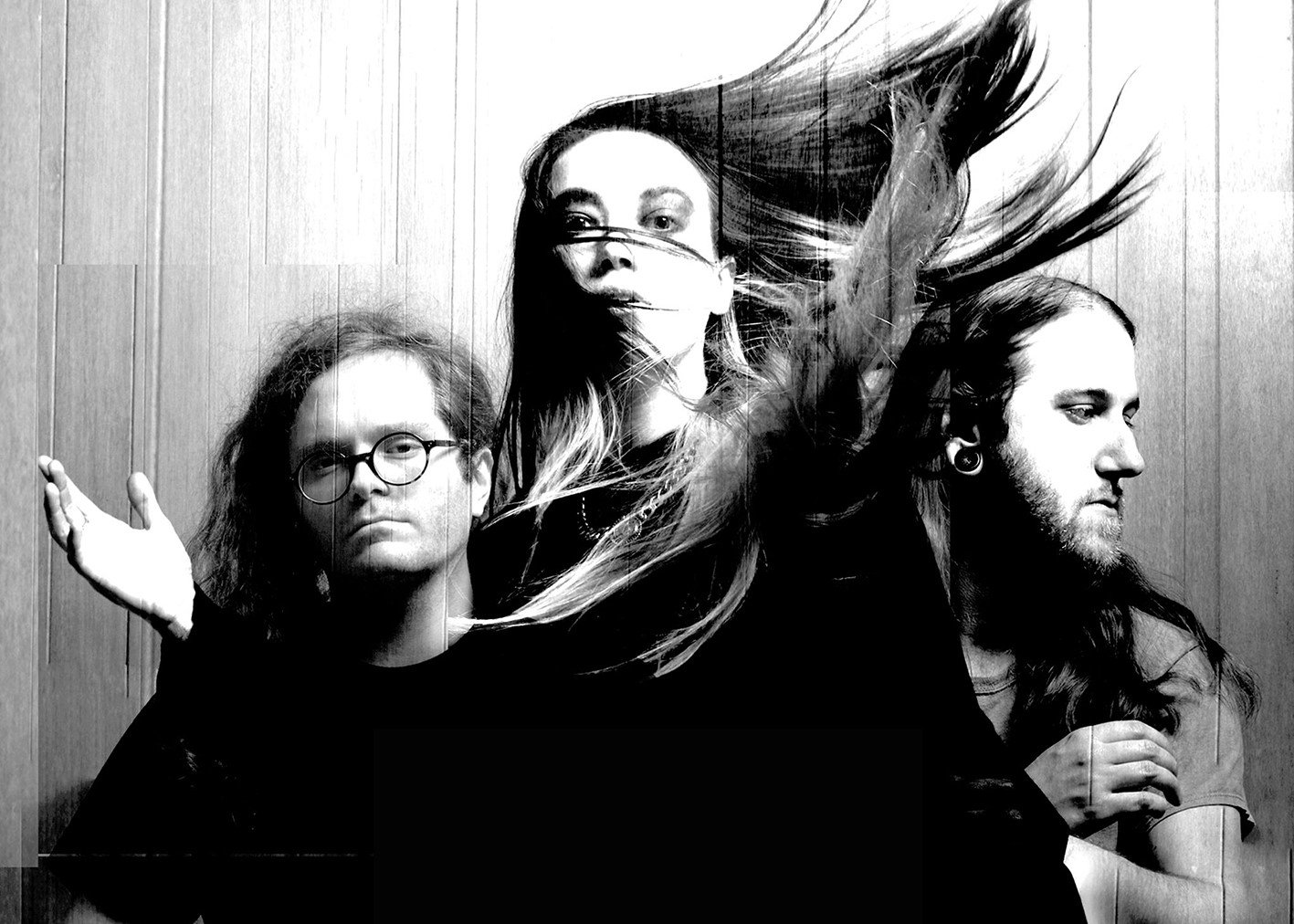 Welcome back to the Six Foot Love series at The Wild Detectives. A series of live outdoor performances with numbered and limited tickets. Tickets: $10/person Denton, TX, synth-pop trio Felt

The band has opened for a wide range of national & international acts, including She Wants Revenge, Mortiis, Dan Deacon, & SURVIVE. 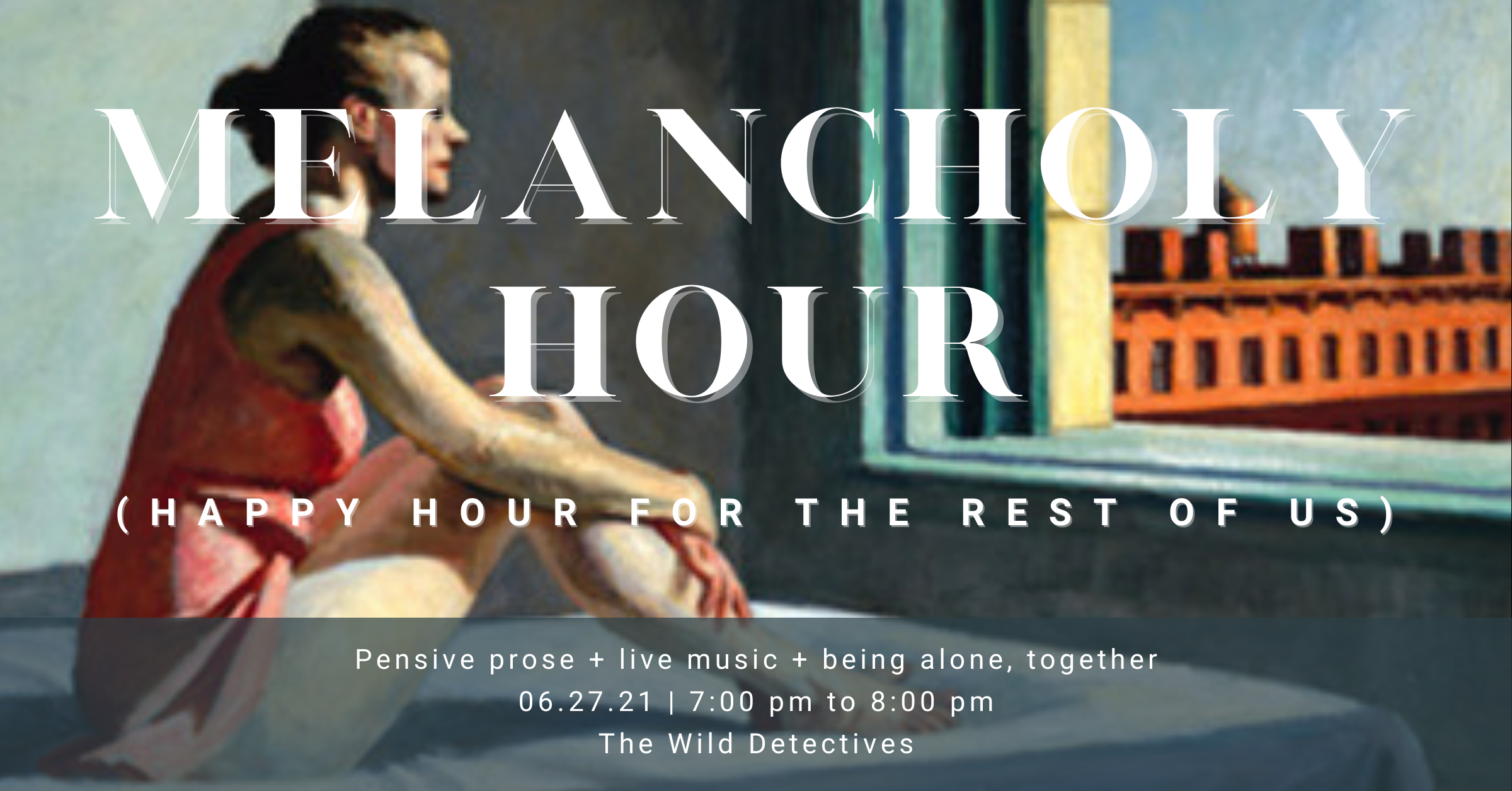 Join us for the return of MELANCHOLY HOUR: happy hour for the rest of us, an evening of pensive prose and plaintive music on SUNDAY, JUNE 27th from 7-8PM

Join us for the return of MELANCHOLY HOUR: happy hour for the rest of us, an evening of pensive prose and plaintive music on SUNDAY, JUNE 27th from 7-8PM — the hour you realize tomorrow is Monday and the weekend has fled and existential despair creeps in and the sunlight is all slanted.

Pensive readers have selected 10-15 minutes of prose based on the theme of ISOLATION — whatever that felt like (or continues to feel like) for them in particular. Readers will be underscored live by musicians Nigel Newton (vibes) and Neil Coburn (guitar) and their impeccably moody despair.

No need to applaud or mingle or small-talk or even smile — come listen, think, enjoy a drink, and contemplate being alone, together.

Curated by Nigel Newton and Janielle Kastner, both of whom found they were not quite ready for brunch.

This event is FREE and you can RSVP here 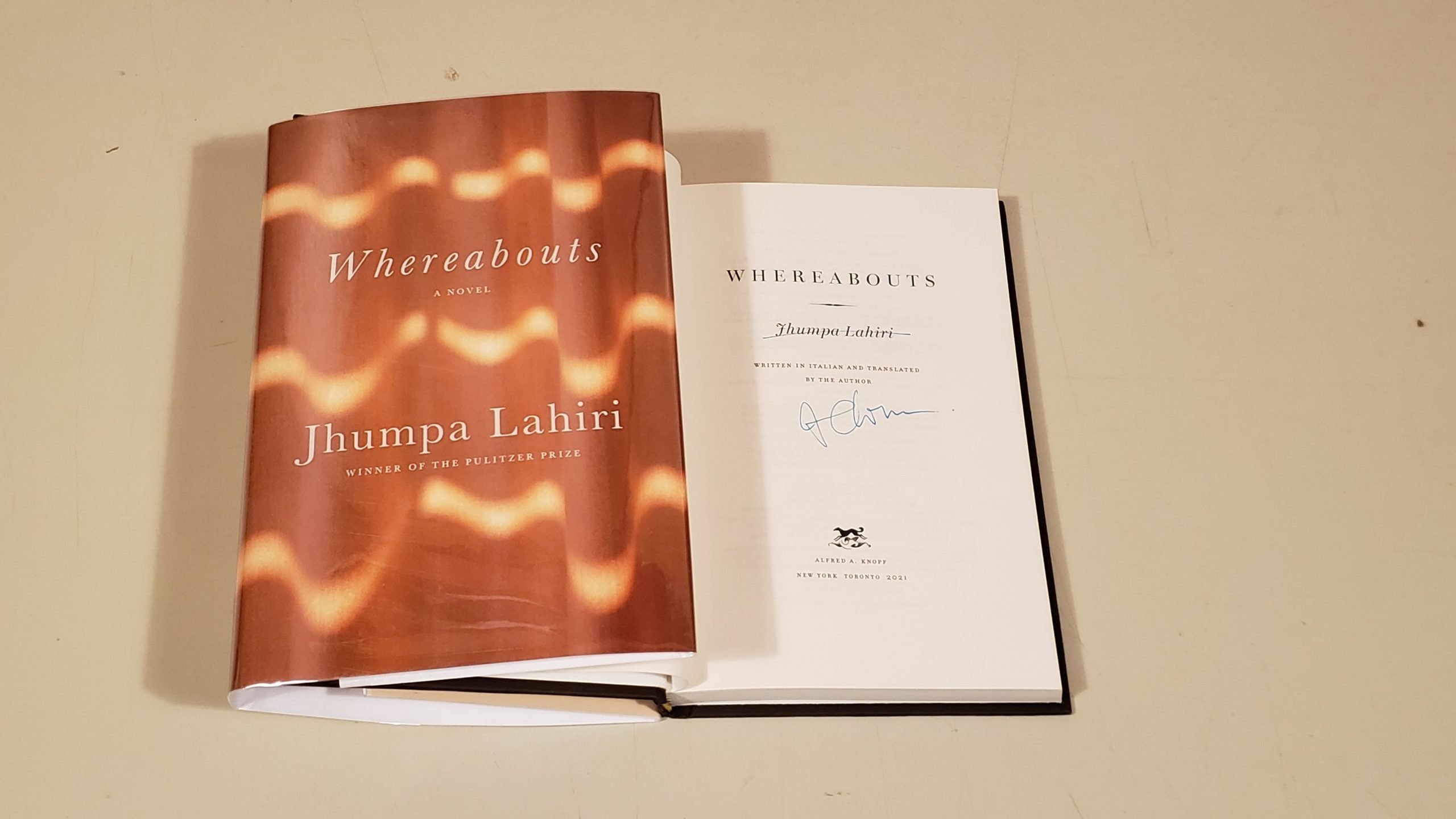 Our next book club selection is Jhumpa Lahiri's Whereabouts. A marvelous new novel from the Pulitzer Prize-winning author of The Lowland and Interpreter of Maladies--her first in nearly a

Our next book club selection is Jhumpa Lahiri’s Whereabouts. A marvelous new novel from the Pulitzer Prize-winning author of The Lowland and Interpreter of Maladies–her first in nearly a decade–about a woman questioning her place in the world, wavering between stasis and movement, between the need to belong and the refusal to form lasting ties. 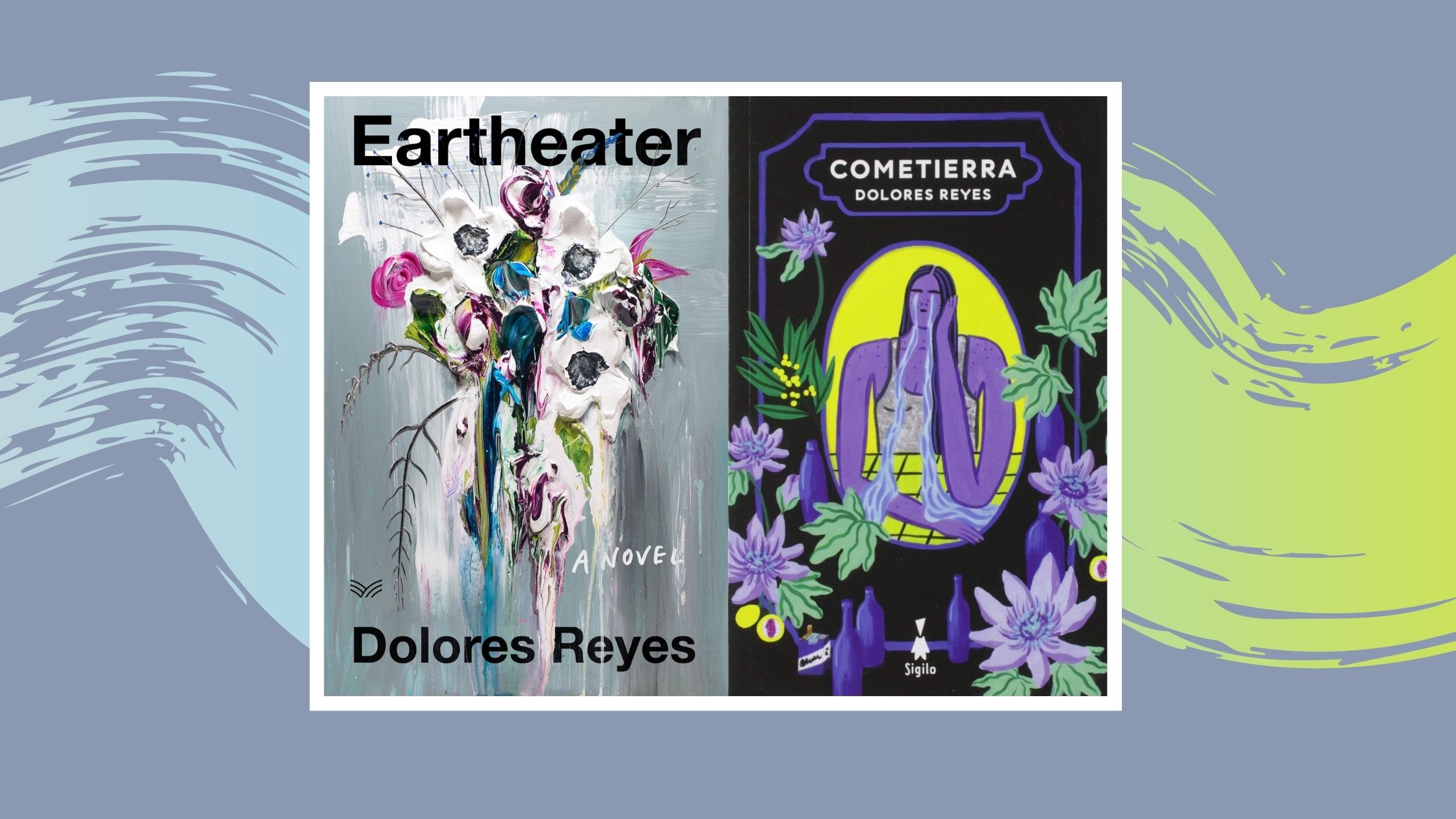 When she was young, Cometierra swallowed dirt and learned from a vision that her father beat her mother to death. That was only her first vision. Every gift comes with added responsibilities, and the one Cometierra was born with makes her life twice as difficult because she lives in a neighborhood where violence, neglect, and injustice sprout from every corner and where women are the main victims. Through the pursuit of the truth, the discovery of love, and the care between siblings, Cometierra will seek to forge her own path.

Dolores Reyes has written a debut novel that is harrowing and brilliant, lyrical, sweet, and brutal, narrated with a voice that grips us from the first page.

“On the outskirts of a great Latin American city, a woman communicates with the earth through mouthfuls, which is how she knows about the hidden, terrible violence that accumulates in an abandoned neighborhood. She has a gift that is also a curse, as is often the case. Dolores Reyes’s writing is visceral and urgent, but it also forms part of the most powerful traditions of the fantastical and the detective novel while contemplating gender violence with incredible lucidity.”— Mariana Enríquez

This event is free and open to all public, you can RSVP here