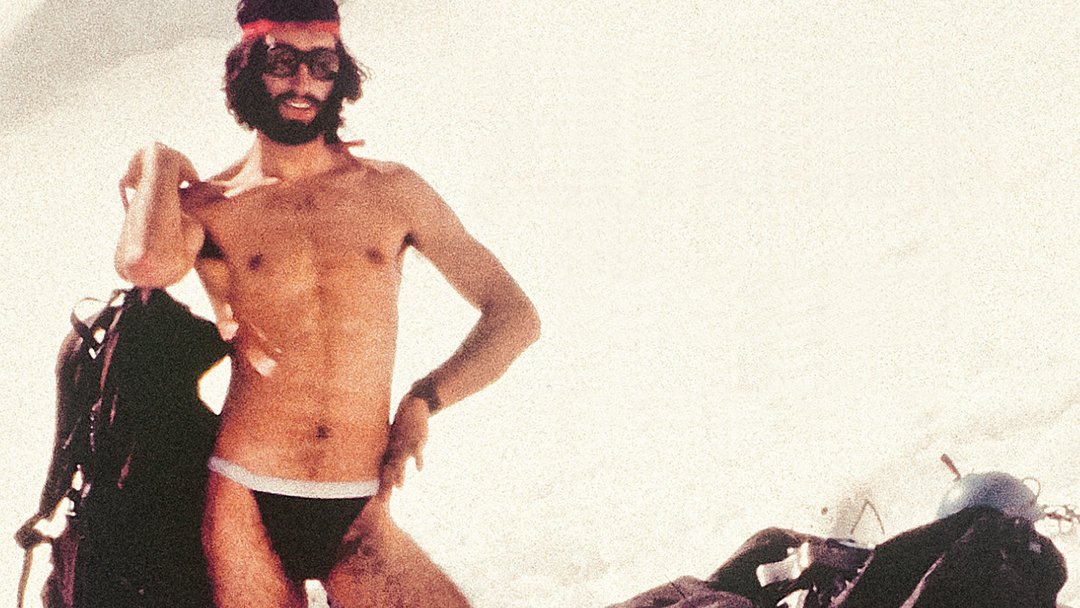 Please join us for a very special talk about alpinism, bars, etiquette and sexuality with one of the most interesting mountain guides you’ll ever come across. Simón will talk about 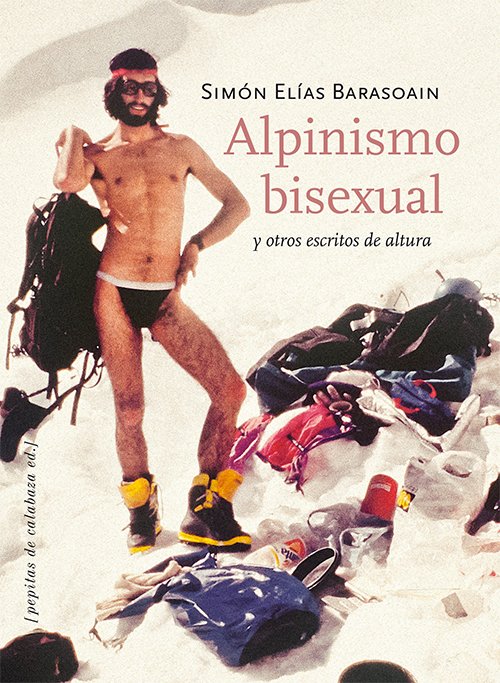 Please join us for a very special talk about alpinism, bars, etiquette and sexuality with one of the most interesting mountain guides you’ll ever come across. Simón will talk about the epic –and the stupidity, of climbing mountains, the intimacy that appears in a tent at 3 miles altitude, and why keeping an open mind may help to climb the Himalaya or stay late at the bar around the corner.

Simón Elias writes:
“Alpinism is certainly a grotesque activity: frozen fingers, screaming people hanging at the end of a rope, titanic efforts to reach a summit where you can’t even breathe or enjoy the landscape. Alpinism, without a doubt, is one of the biggest stupidities in human history, and that’s where its greatness lies.”

Simón Elías Barasoain was born on October 9th 1975 in a small village of the north of Spain, if he had a business card it would read: ‘Unlikely Logistics, Apocalyptic Experiences.’ He has been a mountain guide for 22 years. In 1995 he received the Golden Piolet award on account of his ascension to the Meru Norte in the Gharwal Himalaya. He also received the Petzl award for making the first national in the west side of Cerro Torre in the Patagonia.

In 1996 he achieved the first Spanish ascension to Cerro Torre –along with Iosu Merino. They spent 25 days in an ice cave before they were able to reach the summit -they made it by building a tunnel. Simón assures that, in order to maintain the décor for 25 days in a cave, they had to become ‘real gentlemen.’

In 1998 he started travelling through the American continent doing ascensions and working as a guide in Bolivia, Argentina, Mexico and the US.

In 2012 he made an expedition along with Ramón Morillas and Thomas de Dorlodot where they achieved the term “Paralpinism”. They concatenated the glaciars Hispar and Biafo in the Karakorum (Pakistan) alternating paragliding and alpinism. They made 50 miles paragliding and 100 miles hikes over ice with weights over 60 pounds. They also climbed a 5,300 mts virgin mountain.

He is one of the very few foreigners working as a guide in the renowned Compagnie des guides de Chamonix, in the Mont Blanc. The most ancient mountain guide company in the world.

One of his big hobbies is writing, he has worked for publications such as El País in Spain, where he reported on the gem searchers in the Karakorum Mountains.

He is the author of Alpinismo Bisexual (Bisexual Alpinism, 2013) where he compiled some of the short stories originally published in different alpinism magazines. In Alpinismo Bisexual he describes the hidden epic -the domestic one, present in every ascension, and documents his travels through Nepal or Istambul. He has a provocative sense of humor and is very ironic. He likes to demystify alpinism, make it approachable to everyone and emphasize the virtues of failure.

His two favorite places on earth are the mountains in Pakistan and the bars in Madrid.

He grew up reading about ‘gentlemen that occasionally climbed’ and he would love to keep himself alive to become one of them. He currently lives in the foothills of the Bosson glacier, in the French Alps.