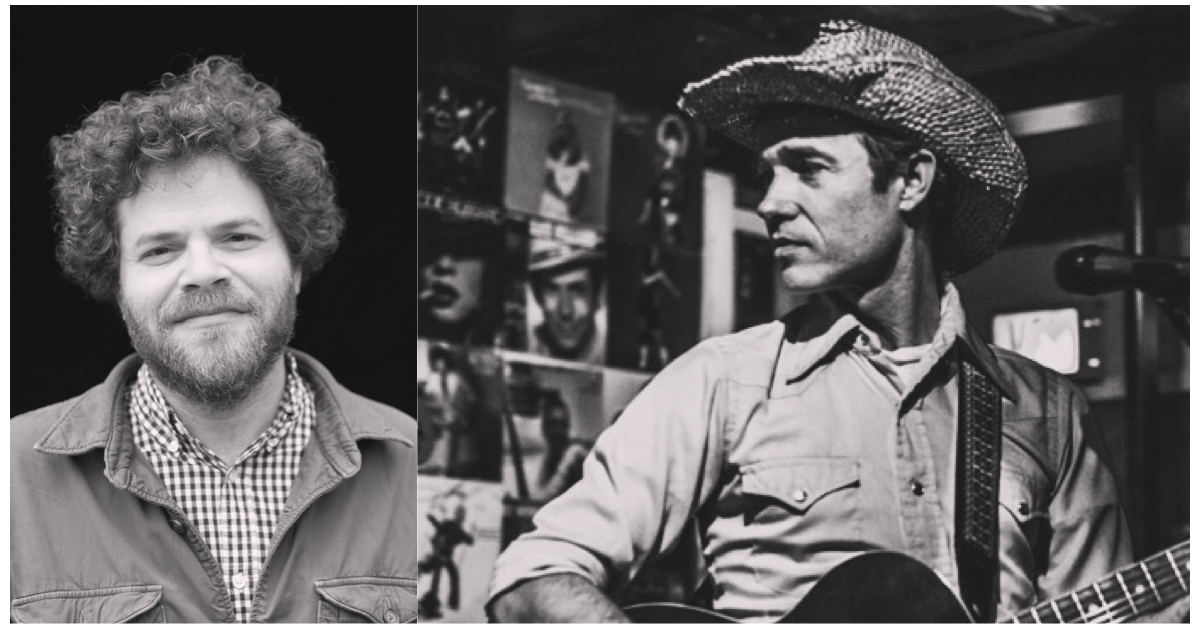 Simon Joyner is a renowned American singer-songwriter who first came

to prominence during the Lo-Fi movement of the early 90’s alongside
contemporaries mining similar territory like Will Oldham, Peter
Jefferies, the Mountain Goats, and Bill Callahan. Joyner
was championed early by the late British DJ, John Peel, who famously
played Joyner’s 1994 LP, “The Cowardly Traveller Pays His Toll”, start
to finish on one of his BBC programs, initially making Joyner more
well known overseas than in his own country. He is often referred to as one
of the forefathers of the Omaha music scene.

Following the mercurial path of heroes like Neil Young and Bob Dylan,
Joyner has been releasing literate and challenging albums
since the release of his first album, Room Temperature, in 1993. His
discography includes twenty-three full-length recordings, as well as numerous
singles and guest appearances. A book of his lyrics was released in
2016 under the title “Only Love Can Bring You Peace: Selected Lyrics
(1990-2014).” He tours the United States and Europe semi-regularly and
is the co-owner of the Grapefruit Records label.

“Pound for pound Simon Joyner is my favorite lyricist of all time. He
has shades of all the greats (Van Zandt, Cohen, Dylan) but exists in a
space all his own … He truly is an American songwriting treasure. It
is my hope that more people will discover his music and share in the
unique joy that it brings.” — Conor Oberst

“Simon’s always been a secret handshake amongst me and my peers. He’s
a pioneer. He’s helped pave the way for many people, myself included.
He’s an artist in its purest form–for his only concern is crafting a
perfect song–which he’s done time and time again.” —Kevin Morby

Manishevitz) on the Jagjaguwar label. He’s currently a member of The Moles (led by Aussie indie legend Richard Davies) and the instrumental group The Boxhead Ensemble. His first solo record with Super Secret, “Brawls in the Briar,” came out in October 2017. His most recent album “The Worried Coat” was released in April and includes members of Califone and Hamilton Leithauser.

Over the years Ostrar’s records have been featured in Rolling Stone, Pitchfork, Mojo, Magnet, The Bluegrass Situation, and Brooklyn Vegan. He has toured the US and Europe extensively and supported a range of acts such as Wilco, Edith Frost, and The Mountain Goats.

“Now, falling into our hands like a Honeycrisp from the highest branch, Austin-via-Chicago singer-songwriter Adam Ostrar (of Manishevitz — also formerly known as Adam Busch) is blowing an ochre-tinted gust of folksy sweetness on his new LP Brawls In The Briar. Pull the wool coat from your closet and ponder the downright poetic thinning of the treetops with the Bert Jansch-plays-Tropicália-flavored “Another Room,” —Tiny Mix Tapes

“Ostrar’s personal pantheon is inhabited by great guitarists and subtle pop architects, and he invokes them with a deft mixture of instant recognition and subtle revision. One song’s snare sound will remind you of J.J. Cale, and the quietly rushing chords of another manages to merge Nick Drake and Jim Croce so deftly that you can’t quite tell how he did it and the copyright lawyers will never figure out how to prove that he did.“—Dusted Magazine

“Now based in Austin, Ostrar has kept making his own unique music, including this year’s excellent The Worried Coat” – Rob Sheffield, Rolling Stone “99 Best Songs of 1999”

“The record’s ten songs encompass the many things that have made Ostrar’s music with his old bands Manishevitz and Sonoi appealing: rustic acoustic picking, glowing brass fanfares, Eno-esque atmospherics, and power-pop waltzing. And he replaces the jittery qualities of his earlier work with a warm sense of wonder—it’s not only the most accomplished record of his career, it’s the most appealing”– Chicago Reader