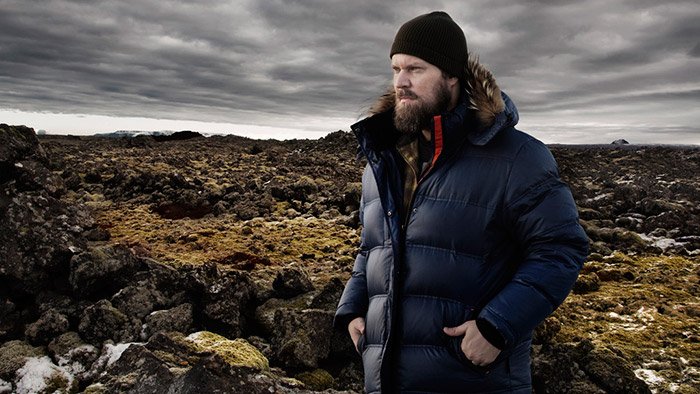 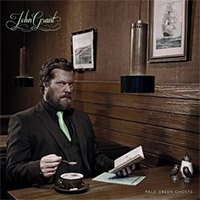 Pale Green Ghosts (2013) is a brave album, a risky endeavour in both the frank, sometimes even exhibitionistic, approach to the topic, and the bold combination of electronic and classical arrangements that, far from feeling like a pastiche, creates a unique musical space for the singer-songwriter’s vulnerable confessional lyrics to unfold protected as their emotional shockwave amplifies.

John Grant’s accomplished writing vivisects his grief, pivoting from disdainful anger (“You are supercilious, pretty and ridiculous/You got really good taste; you know how to cut and paste.” in Black Belt), to desolate hatred (“You think I hate myself, but it’s you I hate/Because you have the nerve to make me feel.” in GMF), articulated grudge (“You say that you don’t bring your anger to me/But it poisons every fiber of your being.” in Vietnam), poetic heartbreak (“Vulnerability feels like a cold, wet concrete room lit with fluorescent light,/Which, as you know, makes everything look bad.” in It Doesn’t Matter to Him), and painful self-loathing (“I acted like a motherfucking clown/At a circus/On the outskirts of town.” in You Don’t Have To)… lots of it (“But you never learn; you get your labyrinth on./You lay awake at night and think that you are getting old.” in Ernest Borgine).

He may be a master in depreciating himself but he’s smart enough to season his devastated landscapes with wit and humor (“Remember how we used to fuck all night long?/Neither do I because I always passed out.” in You Don’t Have To). Black Belt and Sensitive New Age Guy -which feel like a bitter James Murphy and could easily be dance hits despite the lyrics- are loaded with sarcasm and bitchiness, so much so that you can’t help but feeling for his ex. And I particularly love all that beautiful swearing like powerful missiles of meaning enhancing the stress of some of the verses, which lies far from just being gratuitous hook lines.

This all adds up to an overall credibility element. John Grant’s lack of self-preservation disarms us and makes us pay attention to what he has to say from the bottom of existence. When he raises the rather unfair question to his ex in Why Don’t You Love Me Anymore it doesn’t sound like a whiny or needy lament, but something full of dignity as he bravely shows how the bottom of existence sounds.

His tasteful effective melodies, sung with his majestic baritone voice float over a well-balanced blend of synths and sometimes classical instruments. Sculpted percussive bass lines that would be envied by Cabaret Voltaire, propel us into most songs. Harsh synth solos highlight the desolation of songs like Why Don’t You Love Me Anymore, while in You Don’t Have To the solo sounds like a hallucinated heart in sorrow.

Other songs have a more classic approach with an acoustic guitar carrying the harmonic weight, like in GMF or It Doesn’t Matter To Him. A piano sustains in I Hate This Town, adding a saloonish feel to it. Brass and string arrangements populate the album everywhere increasing the overall emotional reach and Sinnead O’Connor brings some icy backing vocals in 3 songs, adding an eerie feeling to that stark scenery.

Rachmaninov’s Prelude in C-sharp Minor guides the strings arrangement at the end of Pale Green Ghosts, while the beautiful piano coda in Glazier seems like a variation on some ideas of Rachmaninov’s Piano Concert nº 3. The quotes couldn’t have been more appropriate to help with the emotional catharsis.

In this last song John Grant -who had a difficult upbringing as a gay kid in a Methodist family- wraps up the album speaking to younger gay guys who may be confused by their sexuality in a magnificent chorus; “This pain/It is a glacier moving through you/And carving out deep valleys/And creating spectacular landscapes” he sings full of warmth and compassion. Birgir Þórarinsson’s (GusGus) production in these verses is monumental, adding those accumulated echoes that sound like they’re coming from a millenary ice cave.

As Tracey Emin said once, the views are amazing from the abyss of the soul. In Pale Green Ghosts the topography of pain sculpts breathtaking scenery as John Grant bravely digs deep into his personal experience. “As an artist, why wouldn’t you talk about your particular experience. Because what else do you know about except for your particular experience. Because that is the one thing about you that nobody can duplicate” we hear him saying in Sound of Song, the recent BBC documentary about the evolution of the song form.

There is greatness in John Grant.