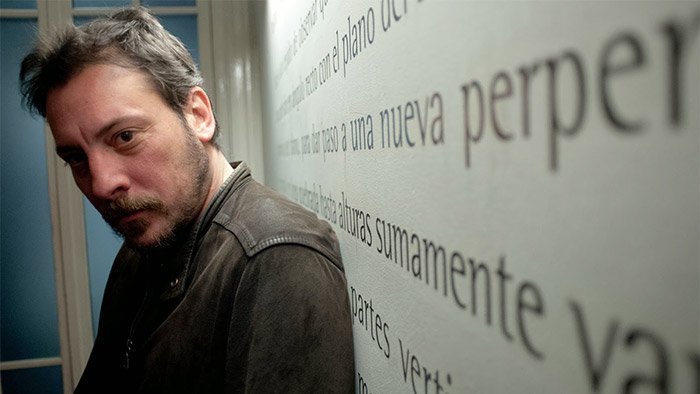 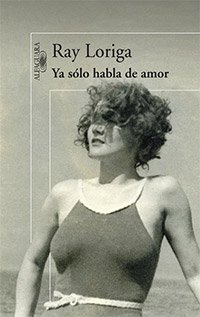 Ray Loriga has been one of those authors that I’ve grown up with, and by that I mean that I grew up in parallel as he was growing up as an author. The things he’s been talking about over the years were reflecting my own evolution as a person. He started writing novels with a lot of sex, drugs and rock n’roll (and literature) during my formative years. He got me into Kerouac, and Carver, and Bukowski, the kind of authors you have to read when reality hasn’t hit you yet -at least not badly- and you still expect your life to be epic. He even got me into Bowie when I couldn’t see the artist behind the glitter.

And it happened again, 16 years after. When I read “Ya sólo habla de amor”  I was in the middle of a personal crisis. And so it was Sebastian, the character whom the novel talks about. When I started to dive into his anxious circumlocutions and his shallow angst, I seriously wondered if I was gonna do that to my self. I remembered reading Hesse’s “Steppenwolf” and having to stop because at that time I felt like those psychology bachelors that think they have every mental illness known by men after reading their first manual of mental disorders.

Both characters are lucidly relentless, but contrary to Steppenwolf’s Harry Haller, who mercilessly devours his soul, Sebastian floats lightly with an elegant discourse about his own detachment of life. Sebastian is a dandy, women like him, he’s loved by his friends and respected by his peers. Objectively there is no reason for so much drama, but Sebastian has to sublimate his existence with a poetic defeat, which in reality, it’s nothing but the distorted moan of an oversized ego.

“He’s trying to be fond of himself again, like someone who tries to win over a dog” –Ray Loriga, Ya sólo habla de amor

Despite Sebastian’s whiny depiction, Loriga portraits a character that assumes his cowardice and doesn’t blame anybody for his beating but him, that arrogant he is. It’s actually that ridiculous self imposed condemnation what makes it quite difficult for the reader to no to feel sympathy for him, if not even understanding sometimes.

Loriga’s narrative mastery allows him to write a plotless novel, most of it frozen in an apparently insignificant instant to which Sebastian’s inner digression is anchored to. The author achieves with his elastic and somehow joyful prose something quite difficult; to bring lightness and humor to a serious portrayal of a depressed mind.

For me, this novel made evident again, that reading the right book at the right time can be crucial in somebody’s life. Did this book make me feel better about myself? No, it didn’t. But it did help me to detach myself from my own personal implacable story-telling. Thank you Ray Loriga. Again.