Some of us in the WD family were in Madrid during the Feria del Libro (the World biggest Book Fair in Spanish) and lived, ate, drank and mainly talked literature for a couple of days. Paraphrasing the old ads of a popular beer, we say: books are good for you. And for everybody. Here is why. 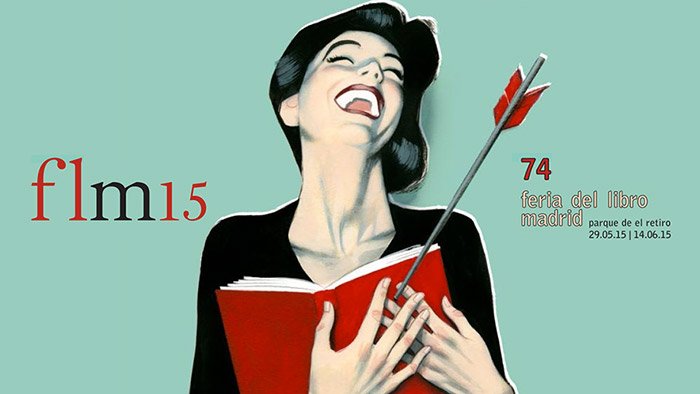 Some of us in the WD family were in Madrid during the Feria del Libro (the World biggest Book Fair in Spanish) and lived, ate, drank and mainly talked literature for a couple of days. Paraphrasing the old ads of a popular beer, we say: books are good for you. And for everybody. Here is why.

Imagine the flu season is coming and you go to your doctor or to Walgreens or to Walmart or wherever you usually go to get your flu shots. When you get there, they tell you about this new vaccine they just developed. It is like your usual shot except that this one, not only protects you but also those surrounding you.

I can imagine your skepticism, I can actually see you laughing. But the girl at the pharmacy doesn’t laugh at all, without losing her composure, she goes ahead and repeats the concept using more or less the same words: well, it is a shot that helps protect you and everybody surrounding you. As simple (and complex) as that. No kidding.

She is unoffended, your ill-mannered reaction is not the first one she suffers. They are actually often worse than yours. But nothing can be done, it is a revolutionary product and revolutions do not usually take the easy road.

Let’s now think about a book you read. And the books that other readers read. Let’s think about Camus, Roth, Auster, Carver, Houellebecq or Dostoyevsky being read by thousands of anonymous readers in the solitudes of their small lives.

Let’s think of the meditation and exploration of their inner selves while sailing through pages and pages of Coetzee, Marías, Saramago, Hemingway, Modiano or Kafka… the discovery of new thoughts and ideas, the consolidation of others. The slow transformation of the reader. The new person that appears once the last page is turned.

The last thought may look like an exaggerated extrapolation but it is not entirely exaggerated. I mean, a single book doesn’t normally change the life of anybody. The same way as a 5 or 6 miles run doesn’t make you a marathoner. You need to run many miles during many days to become one. And you need to read books and books to say that your life has changed. In this regard, one book is just another brick (smaller or bigger, but just a brick) in the building of your identity.

The above are not casual lines of thoughts as you can imagine. There is a question I want to get to and I won’t delay it anymore: is it fair to say that it is just the reader who benefits himself or herself from his or her readings? If so, would the lives of those that never read Sartre, Borges, Faulkner, Grass, Shakespeare or Cervantes be the same should these writers have never existed?

Not everybody reads García Márquez, Frantzen, Munro, Murakami, Le Clezio or Antunes. In fact statistically speaking, very few have gone through these particular books. But a good amount of the population has gone through some books, these ones or others. And the books and the ideas in them have gone through their readers.

Any writer uses experiences from real life to create fiction and in the process he or she adds his or her personal view and a further twist to the thoughts and ideas that are already out there waiting to be enunciated, elaborating new considerations and opinions and offering new perspectives.

Then some readers have assimilated these ideas and thoughts and values and have transmitted them (even if unconsciously) and have in some regard lived, worked, loved and communicated according to what they read. Sometimes they have become an example and actually lead and transformed their societies. To a certain extent, it is a relay race and the book sometimes is the baton you pass on to the next runner.

This idea is not entirely mine, I owe a good amount of it to Juan José Millás (a Spanish writer and journalist) and has been with me ever since I first read it many years ago. It is a powerful idea and it is so powerful because it is essentially and surprisingly a pretty good representation of what really takes place once a book is open.

I know movies and music and art in general also have the power of acting in a similar mode. But it is really literature the one that has a deeper reach. It requires a different level of engagement. The relation of the reader with each and every book takes place in an individual way. It requires time, space, silence. It basically requires the same ingredients needed in reflection. And that is how very often, introspection finds its way in the mind of a reader.

So every time you are in the airport or in a train or in a park and see someone reading a book, you know that person is quietly and unintentionally working for you. And every time you open a book, you are doing so for the benefit of many people.

So don’t linger, grab a book. It is good for all of us.