Is there an American novel that invites more haters than To Kill a Mockingbird? Admit it: you judge someone who names it as his or her favorite novel of all time. If something is wildly beloved by the masses, it must be middle-brow, sentimental crap at best, right? That was my official position on Harper Lee’s classic bestseller for many years—until recently, when a spunky group of students reminded me of its greatness. 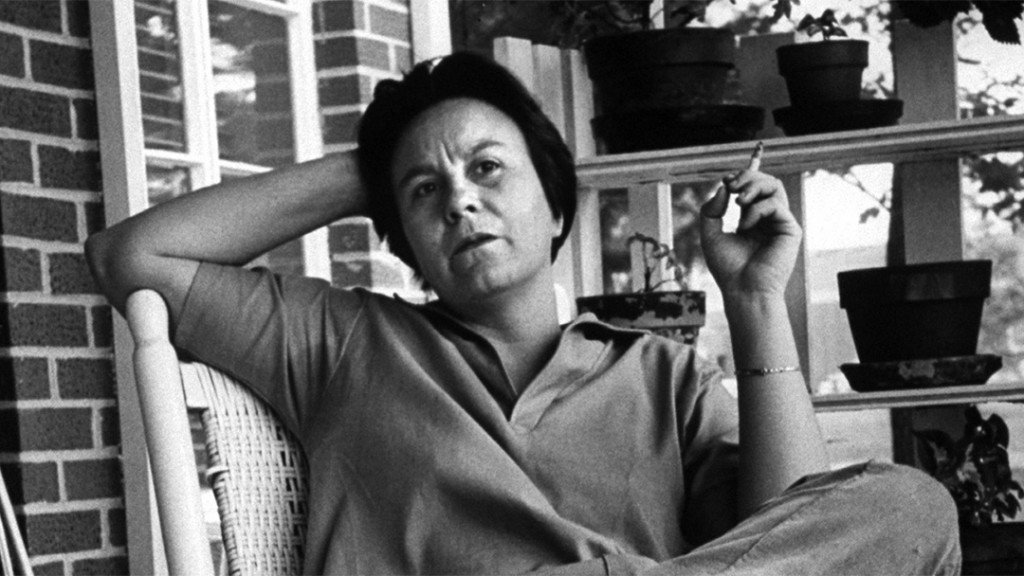 Photograph by Donald Uhrbrock Via The New Yorker

Is there an American novel that invites more haters than To Kill a Mockingbird? Admit it: you judge someone who names it as his or her favorite novel of all time. If something is wildly beloved by the masses, it must be middle-brow, sentimental crap at best, right? That was my official position on Harper Lee’s classic bestseller for many years—until recently, when a spunky group of students reminded me of its greatness. 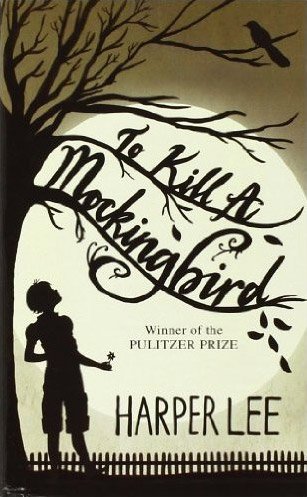 There are several, somewhat odd, vivid images that instantly take me back to seventh grade: the “Lovefool” music video by The Cardigans, the smell of CK One, Phoebe Buffay’s long, hippie skirts, and Ms. Santagrossi’s voice going over gerunds and infinitives during language arts class. Oh, the 90s. But there’s also one particular image, one less 90s and more abstract, one of a hypothetical Maycomb County, which lingers in my consciousness.

In Ms. Santragrossi’s class was where I remember completing most of my independent reading of Harper Lee’s To Kill a Mockingbird, which I recall liking—quite a bit, as a matter of fact. I mean, it was no David Copperfield, which I had previously read in sixth grade, but it was “very good.” I could identify with the insecure Jem, the imaginative Dill, and even with the impetuous—if slightly unstable—Scout. It was a novel about kids, like me, it had a compelling story, and it reiterated important life lessons like “racism is bad,” and “always do the right thing,” and “treat others the way you want to be treated.” It was probably one of the best books I’d ever read.

It was a novel about kids, like me, it had a compelling story, and it reiterated important life lessons

By the time I was actually assigned to read To Kill a Mockingbird during junior year of high school, particularly after discovering gems like The Stranger and One Hundred Years of Solitude on my own, Harper Lee’s magnum opus seemed so…antiquated? irrelevant? I remember looking around at my classmates, condescendingly, contemptuously.

You guys like this book? That’s cute. I read it in seventh grade.

Racism is bad, you say? How profound.

I, on the other hand, just read a philosophical novel. About existentialism. By a French dude.

If I sound insufferable, it’s because I was. (I’m happy to report that I’m much more charming these days.)

By the time I began my teaching career, some ten years later, I was adamant about instilling in my students a deep, profound appreciation for literature. That’s what English class was supposed to be about, and that’s what I rarely encountered in my journey through the tenebrous labyrinth that was the Texas public education system.

And reader, I must confess, I was a selfish teacher.

I began my career in a school where I had freedom to teach whatever I wanted to teach, so I assigned readings capriciously, impulsively—a drunken dictator driven by his literary whims. The Catcher in the Rye! Pride and Prejudice! Don Quixote! Student reactions ranged from, “So awesome” and “Enh, it’s OK,” to “I don’t get it” and “WTF? Can we just read the Hunger Games?”—the latter were clearly dummies, I told myself. One day they would acquire some clarity and understand that my class truly affected them. One day.

By the time I transitioned to a larger school district, for less than noble reasons (mostly monetary ones), the dictator had been demoted to a mere cog in the wheel, and it was time to justify my pedagogical choices. And it was time to make my superiors happy, superiors who, quite frankly, did not know diddly squat about literature. (Some were border-line illiterate, but that’s an entirely different article). And it was time to follow a rigid curriculum. And it was time to teach To Kill a Mockingbird.

The first few times, the results were middling at best: few loved it, some liked it, most were indifferent to it, giving up halfway through. It’s hard to love the first half of Harper Lee’s novel, a story of two plucky, “gosh-darn it” kids who could not be more different from the Post-Obama generation and whose adventures revolve around trying to get an old, pasty white dude to come out of his house. How could this possibly compete with Pretty Little Liars? If only Jem and Scout had a hunky teacher like Ezra.

Alas! Boo Radley is no bae.

Every year, by the time we reached the infamous trial, the other half of what’s truly a tightly plotted work of surprising depth and ambition, most were checked out. Atticus’s closing argument, a timely and lovely philosophical observation on humanity, on Americanness really, was lost on my jaded, technologically-obsessed freshmen. It didn’t help that their teacher, once so passionate and energetic, was now a bit jaded himself.

By the time I reached my sixth year of teaching—which seems like a short span, but it mostly feels like a full decade—something bizarre began to emerge. My students seemed different, difficult to recognize. They were a mutated bunch who appeared to… enjoy…reading? No, not enjoy. Let’s not start speaking loco. They…tolerated reading. Yes, that is the more appropriate verb.

Nevertheless: tolerate! I could work with tolerate.

And so we read. Together. And we used silly voices. And they dramatically ridiculed my southern twang in a way that only teenagers can—“Mr. Gonzalez: Do. Not. Ever. Do. That. Again!”—and they chuckled at Scout’s naiveté while keenly picking up on her feminist commentary. (She wonders why Jem and Dill shun her for being a girl; she admiringly describes the strong women in her neighborhood.) And they questioned FDR’s promise to depression-era Maycomb’s residents that they, in fact, had “nothing to fear but fear itself.”

“But what did FDR actually do, Mister? Families were starving. I would need more than allusions to the bible to trust in any politician.”

I almost died with that one.

And they acknowledged that the Jim Crow south of the 1930s was, in fact, “messed up,” which, believe it or not, is a fairly profound statement for an average fifteen-year-old to articulate in the year 2016.

By the time we found ourselves immersed in the novel’s courtroom drama, however, they were no longer freshmen. My students, in spite of their contempt for my tedious assignments, my constant chastisements about their lack of work ethic, my cutting derision over their disregard for proper grammar conventions, had blossomed, like one of Mayella Ewell’s geraniums in the midst of the most pitiable conditions, into true critical thinkers.

They were capable of recognizing the injustice of Tom Robinson’s conviction while conceding that Mayella Ewell was nonetheless a victim. They analyzed the artfulness of Atticus Finch’s rhetoric in his closing argument while astutely recognizing that idealism, in a world monopolized by grey rather than black and white, is, at times, insufficient. And they recognized some of the Bernies and Hillaries and Donald Js of today in Harper Lee’s fictionalized 1930s south.

By the time they discussed the novel in our final Socratic Seminar of the year, their unpolished musings had transformed into legitimate philosophies.

Q: Should this novel remain a part of high school curriculums across the country?

A: Yes, it should remain a part of the curriculum, but you should not censor it, Mr. Gonzalez. Forcing us to skip the N-word is changing the meaning of Harper Lee’s original text. Do you not think we’re mature enough to handle it? That’s insulting.

Uh, all righty then.

Q: If we are to study racism and the civil rights movement, shouldn’t we study it through the eyes of the oppressed minorities—not through the heroic white people?

A: The author’s race is irrelevant, Mr. G. That’s what art is all about—experiencing and understanding things we have not experienced for ourselves.

Well, damn. OK. Shall we continue? They were an opinionated bunch, these freshmen.

It was still summertime, and the students entered the classroom reluctantly. A boy awkwardly approached the reserved man and asked whether the class was going to get much harder. Should he change his schedule to an on-level class?

Autumn, and the students hated him. They did not understand why all the homework, all the grammar. When were they ever going to need gerunds and infinitives? It was all so repetitive, so meaningless.

Winter, and the essays kept coming. Their writing seemed to be deteriorating actually. And the reading. So much reading.

Spring and their teacher was more ill-tempered than ever. Every sentence he uttered beginning with “When you take the STAAR test…”

Late spring and they read a book that changed them all. For them, it provided a sense of closure to their first year of high school, a sense of accomplishment, a moment of important, if fleeting, self-reflection. For him, it provided a gentle reminder.

Summer again, and his students no longer needed him, which made him happy, but it also made him slightly sad. If only they knew that he probably needed them more than they needed him.

He needed them because they reminded him of someone he used to be, a reader who discovered books, and who, if he loved those books, loved them unconditionally, even when it was utterly uncool to do so. 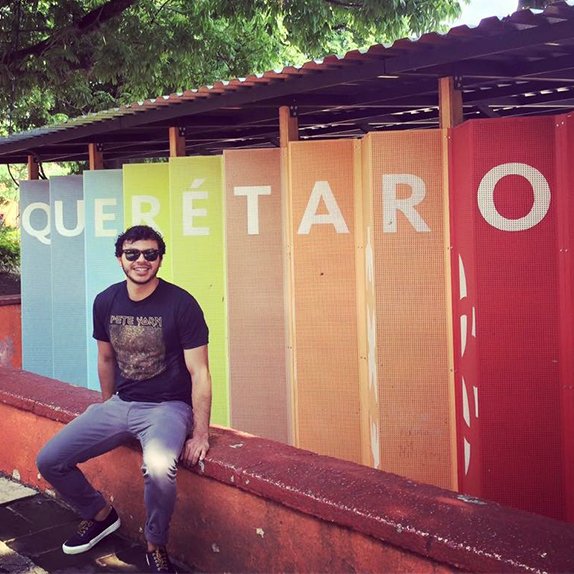 Luis Gonzalez is a full-time concert-goer, reader of Victorian novels, drinker of café-con-leche, eater of tacos, viewer of Woody Allen films, and a part-time adult who occasionally teaches high school English. He asserts that War & Peace is his favorite novel, but it’s really Pride & Prejudice because, well, he’s human.