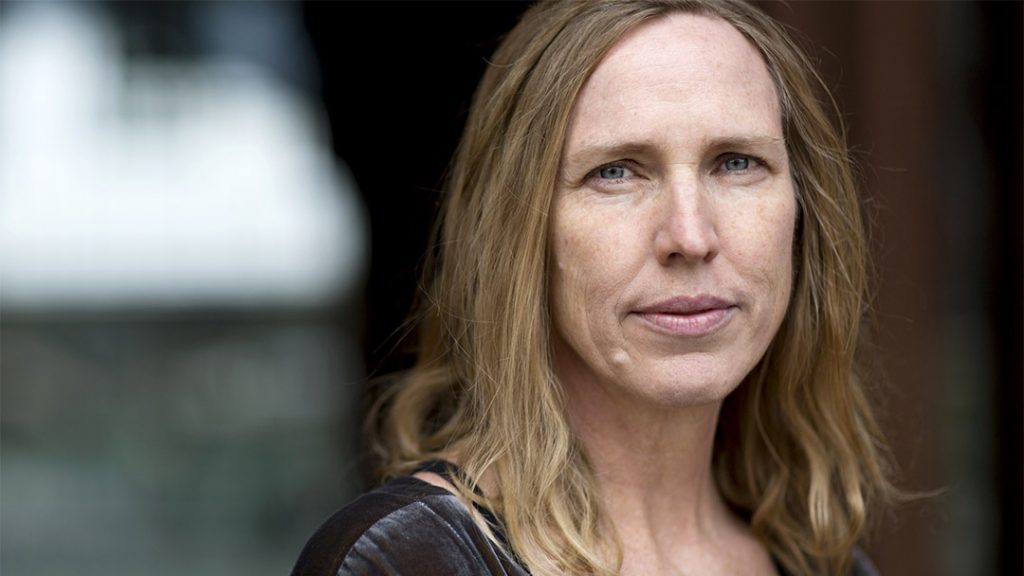 Miriam Toews. Photo by Teri Pengilley Via The Guardian 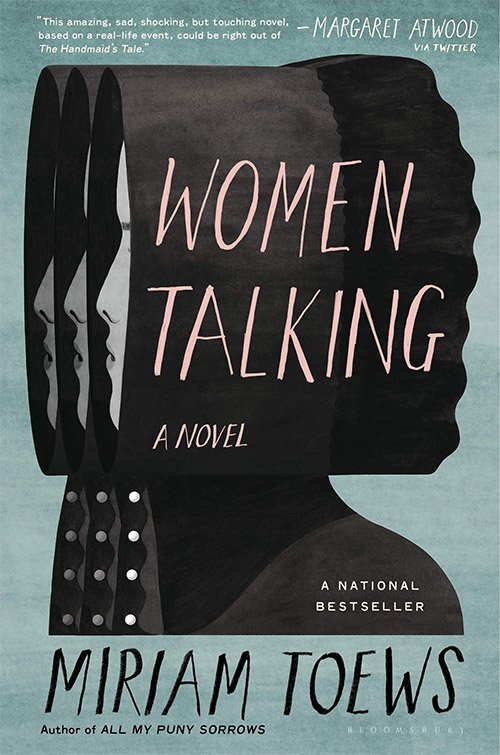 Women Talking is a fictional retelling of a true story. Between 2005 and 2009 roughly 300 women and girls from the ages of three to eighty-five were drugged and raped repeatedly in a Bolivian Mennonite colony. Given the secretive nature of insular religious communities, the women don’t realize the systemic nature of the attacks until it becomes clear that most of the women are experiencing the same dream, the same nightmare, waking up bleary and bleeding with no explanation and no one to turn to. When they finally begin sharing their stories, they realize that their experience is a common one, not a singular delusion, and the men of the colony attempt to explain away their assaults by pronouncing that the women are being visited in the night by ghosts and demons, most likely as a result of their own sin.

The book begins after these events have occurred, after a woman has attacked one of the assailants with a scythe for raping her three-year-old daughter. The men responsible for the attacks are removed from the colony for their own safety, and the reader enters at this point, when two families of women are coming together to meet and decide whether the women of the colony should do nothing about the situation, stay in the colony, or fight. The lead of the colony (male) has told them that they must forgive the men in order to enter heaven, and this teaching hangs over their conversation, at once a threat and a goad, urging them to wade in philosophical and religious waters that they have never been allowed to consider before as women who have no voice in their community, who have never even been taught to read.

Because of their illiteracy the narrator is a man, one who was kicked out of the colony as a child because his parents committed the egregious sin of showing colony members books of art that they had found behind a dumpster. Though it might seem incongruous to include a man into this setting, Toews goes out of her way to make the narrator as gentle and humble as she can, reiterating again and again how little respect he has from the other men in the colony who see his academic bent as weak in comparison to their own farming acumen. His lowly status makes him the ideal compatriot, and the women ask him to take notes of their meeting. His presence provides a counterpoint to their discussion as they gain their voices, leaving his opinions and interruptions behind as they find their own solutions to a grave injustice.

The extent of the emotional and physical damage caused by the men in the colony is revealed slowly over the two-day timeline, and Toews peppers in details of the attacks in such a way that your horror builds with each page turned, never letting the reader forget the visceral, human cost of the men’s arrogance and violence. The debate of their position in the colony, as well as their rights, begins at the most basic level, one which the women consider in earnest sincerity—are we worth more than the animals we care for, given that we are treated much worse than the horses we keep?

A heart-rending exploration of fundamentalist belief

They debate these matters of life and death through the only lens they have ever known; the Bible and their leader’s teachings. What results is a heart-rending exploration of fundamentalist belief; can women leave their husbands when doing so is disobedience? Is violence justifiable in certain circumstances? Can God forgive what the women cannot? Do we leave our children behind when they won’t be allowed to leave with us? Where do we go when this is the only home we have ever known?

Though the novel occurs within the boundaries of just a few days, Toews packs the emotional force of generations into this slim volume, never letting the reader have a moment’s rest from the dread and ferocity of the women’s personal Armageddon as the only world, the only safety they have ever known is stripped from them, forcing them to rely, for the first time, only on themselves. The recovery of their wits, the reclaiming of their own judgement, the rebirth of their autonomy is the salvation of the book and Toews’ redemption for this benighted and ravaged group, and it is breathtaking to read. Their grief and courage resound from the page, and will not leave you unchanged.

The glory of fiction is that it can allow you a neat ending, a satisfying conclusion to the messy terror that is life. I’m thankful that Toews gives us a hopeful ending to this raw, haunting book, because it’s needed by the end, but reality is hardly so kind. In the actual Manitoba Colony, the original perpetrators are removed but the attacks begin again just a few years later, the cancer clearly not eradicated from their midst. Toews mentions this in her short introduction, then points out that her novel is an act of female imagination, perhaps the most powerful statement and theme of the book.

Our heroines, trapped in a culture and religion that victimizes them, powerless in the face of predatory and poisonous men, are only empowered by coming together to imagine a better present, a better future. They argue and disagree, but they dream, and in doing so they take back the dignity that has been stolen from them. They find their voices, and once they do, they are as unstoppable, brave, and capable as their oppressors feared they would be. Though this book is, unfortunately, relevant, Toews has written a timeless work that is as spare and elegant and beautiful as truth should be, and it is required, essential reading. Women talking can change the world. It’s as simple and profound as that.