If you are near or around the Bishop Art’s District this Saturday come by and pick up a record and support independent establishments. Here is a list of five records available at the Wild Detectives. The list is a sample that tries to cover many genres and styles but convey a unifying quality of distinguished artistic musical statements. 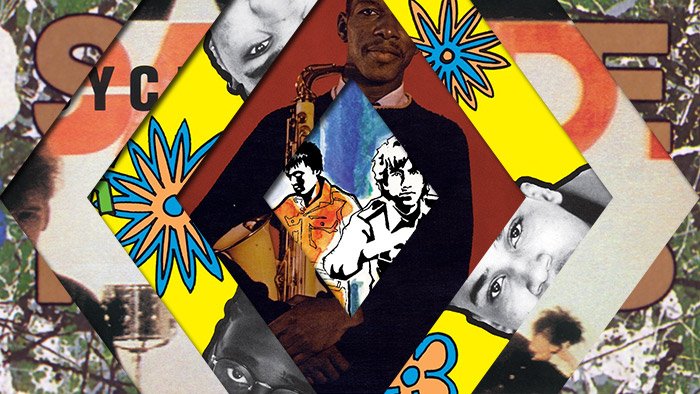 If you are near or around the Bishop Art’s District this Saturday come by and pick up a record and support independent establishments. Here is a list of five records available at the Wild Detectives. The list is a sample that tries to cover many genres and styles but convey a unifying quality of distinguished artistic musical statements.

Record store day is a celebration of independent, innovative record shops and independent establishments that provided a vital necessity to the human experience: music. The Wild Detectives carefully and methodically curates a selection of books, and records for the DFW Metroplex to enjoy. I support and campaign for places like this because something as personal as buying music is enhanced when conversation, ideas, and creativity inhabit the music buying experience.

Moon Safari
Air
Air’s 1998 debut is a masterful meditation of understated elegant pop. In 1998 grunge had come and gone, britpop had spectacularly descended, and nu metal was galvanizing American youth. Air’s debut seemed alien because it was from another era. The record’s instrumentation is a combination of 60s French pop, 70s disco & 80s synths. The cluster of genres, along with electric pianos and backup soul singers caused Moon Safari to give listeners insight into the future. Tracks like Sexy Boy and All I Need are instant, immediate pleasures due to their undeniable hooks and ambient atmospheric melodies. The record’s ethereal late night vibe is a lover’s soundtrack. The album is innocent, seductive, and sexy. It is no wonder Sofia Coppola called upon the French duo to score her film The Virgin Suicides.

The Shape of Jazz to Come
Ornette Coleman
“He is all messed up inside” that was uttered by the towering icon know as Miles Davis. The quote refers to Ornette Coleman and his vision of expanding the heights , majestic, improvisational, truly unique beauty that is jazz music. He wanted to be able to play free; completely free from something that many, at the time could not see what was left to explore. How much further could jazz go and should Ornette Coleman’s output be considered Jazz? Ornette Coleman wanted to improvise on the improvisations. In 1959 the Fort Worth born Ornette Coleman released The Shape of Jazz to Come. It was an album that focused on forgetting the cords and instead focused on improvised melodies. The album shook the jazz establishment. You either loved Mr. Ornette and his crew or hated them. jazz is not pop; it is art whose simple difference is the reason for the polarizing effect it created. The track Focus on Sanity is a tour de force, stop-and- go, graceful display of a visionary artist pushing the limits, rules and establishment of jazz.

3 Feet High and Rising
De La Soul
Sometimes an album cover truly represents what the music will sound like. The psychedelic bright colored flowery image of De La Soul’s album cover for 3 Feet High and Rising almost delivers on that reality. What the album cover doesn’t give away is the social awareness and staggering witty lyrics that flow from this graceful, masterful, African American Hip Hop trio. The album’s ridiculously infectious single Me Myself and I is a message to stay true to yourself. The playful skits that are scattered throughout the record display the fun that accompanies the lyrical truth. It was another side of the still evolving amazing facet of hip hop. Upon its initial 1989 release, some called them hip hop hippies; a label they rightfully shun. Hippies are lazy, De La Soul are musicians and hip hop storytellers. Find out why Damon Albarn called these trailblazers to contribute to his massively popular side project Gorillaz.

Psycho Candy
The Jesus and the Mary Chain
These Scottish brothers did “not walk 500 miles”. No, this Scottish duo delivered a guitar distortion pop rock, pre shoe gaze, record that influenced Kevin Shields, Pavement, and even Nirvana. Its 1985 release is a perfect companion to the also brilliant release of Sonic Youth’s Bad Moon Rising. The title Psycho Candy is a clever play on words that substitutes the phrase bubblegum pop. This record will have you wondering how this duo made an experimental drone guitar album sound so melodic. The Goth aesthetic stark album cover most definitely surprised many upon initial listens due to its playful lyrics. The album is a fourteen-track, nocturnal, hypnotic, experience. The record sounds like a lost Velvet Underground bootleg. Get the record to prep for their tour stop here in Dallas on May 7th.

The Stone Roses
The Stone Roses
Ian, Mani, Reni, and John released their pre brit pop opus self titled debut in 1989. It was well received by the youthful British record buying public. It was a public that was still reeling from the unfortunate demise of the juggernaut Manchester group known as The Smiths. The Stone Roses were and are completely different than the Smiths. The only two arguable tangible’s they share is that they both are from Manchester and both feature distinct charismatic front men. The Stone Roses were fronted and led by Ian Brown and his devilishly demonic cheekbones. This quartet made it clear what they desired. They wanted the fame, the girls, and the perks of being in a rock band. The opening track I Wanna be Adored carries the same unbelievable unfairly cool swagger of a young pre-Beyoncé Jay Z. On a personal note, I was two years old when the album came out. I was there for their 2013 resurrection Is this Really Happening set at Coachella. When the opening notes, glimmering guitars, and Mani’s thumping drum kicked off, I quickly forgot about my five and half hour blistering sunburn I had endure to see my beloved Stone Roses. It was truly a second coming.