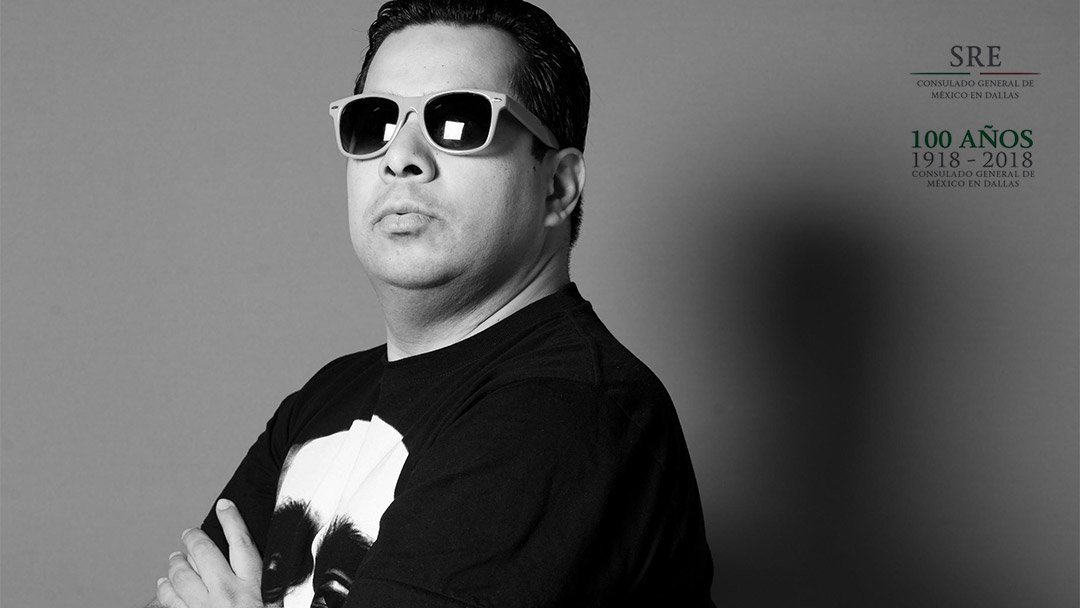 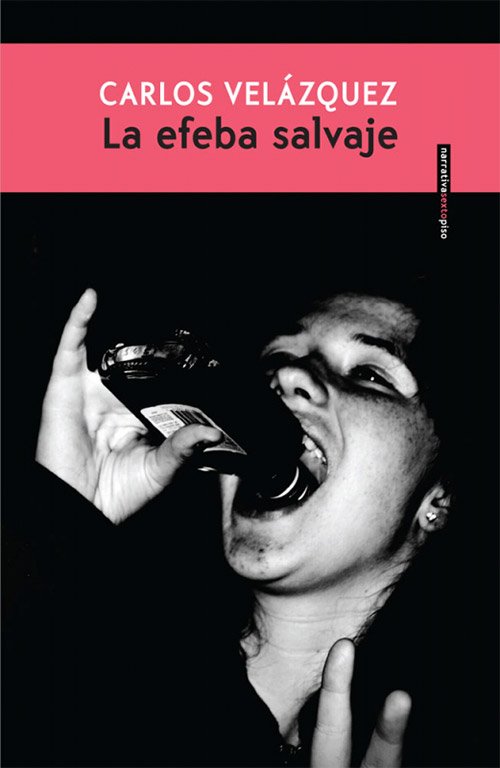 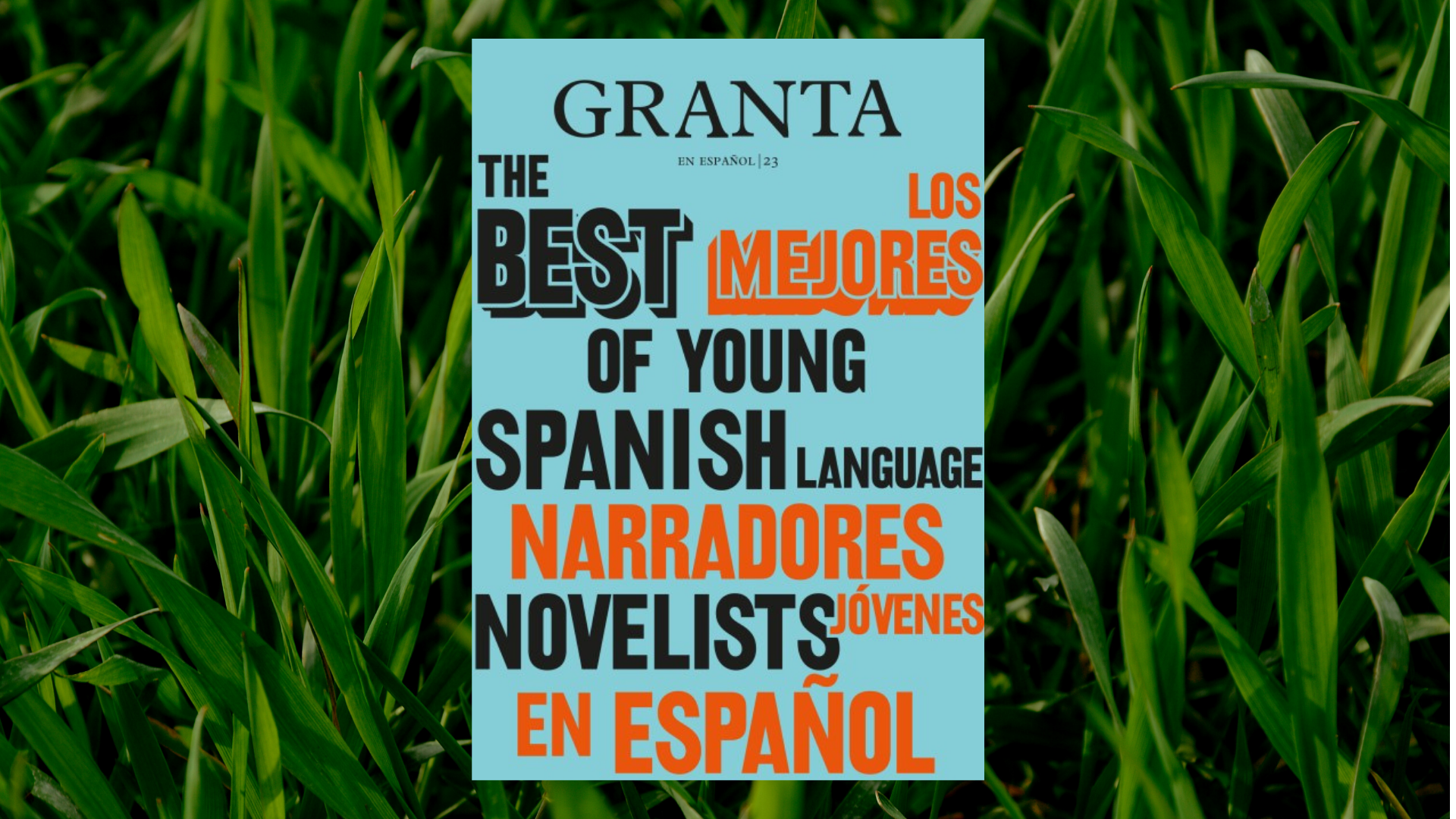 Please check below the stories we´ll read each month and join us anytime, you don´t need to read the whole book in order to enjoy the conversation 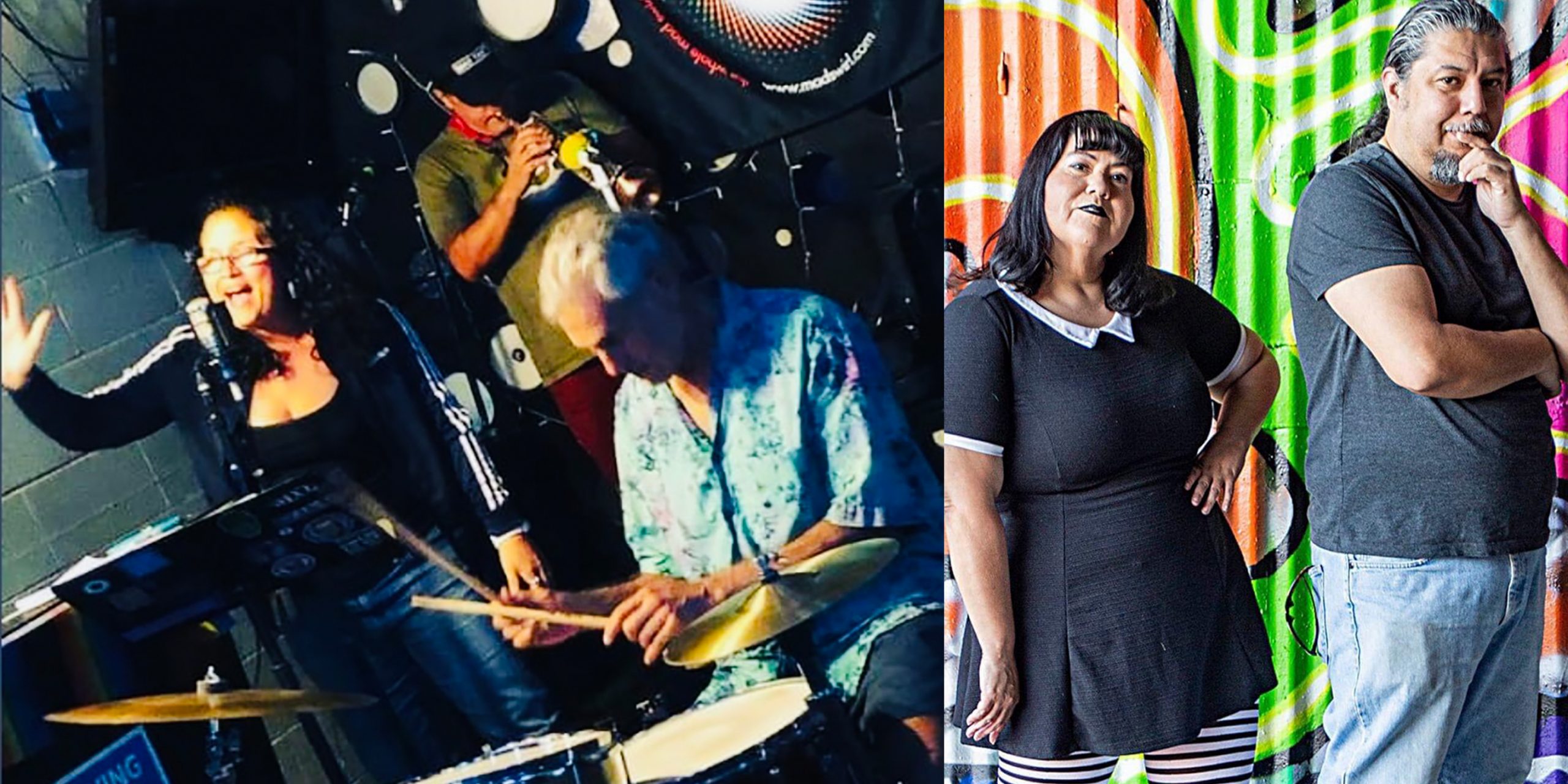 Welcome back to the Six Foot Love series at The Wild Detectives. A series of live outdoor performances with numbered seats and limited capacity. Tickets: $10/person An evening

Swirve is an electric trumpet and vocal contraption. It began with Dallas Trumpeter, Chris Curiel’s need to combine his formal jazz training with influences from Dave Douglas to Miles Davis to Don Cherry and Avashai Cohen. He uses electronics and loop samplers, along with poet, Tamitha Curiel on words, and drummer Gerard Bendiks.

Tamitha Curiel is a writer, actor and educator. Her work has appeared in the White Rock Zine Machine, Inverse/Looped, Mad Swirl, Decolonize Dallas and she is currently co-hosting Pleasant Groove, a poetry open-mic with Chris Curiel and Priscilla Rice. She programs for Love Lifts the Load, and is an IB Film and TOK Instructor.

Chris Curiel is a Dallas based trumpeter who has been performing professionally for over 20 years. After his formal education at Booker T. Washington High School for the Performing and Visual Arts and the University of North Texas. He has been on a creative journey that continues to push and drive him to discover new sounds, genres, and collaborations. From jazz and blues to indie rock and avant-garde, he has performed for audiences worldwide.

Your Loving Son is an experimental, electronic spoken word soundscape impromptu performance experience. Husband and wife duo Carlos and Opalina Salas draw from their experiences of the land, the stars and various cosmic dimensions. They are noise innovators straight out of Oak Cliff!

***Use of mask is strongly encouraged*** 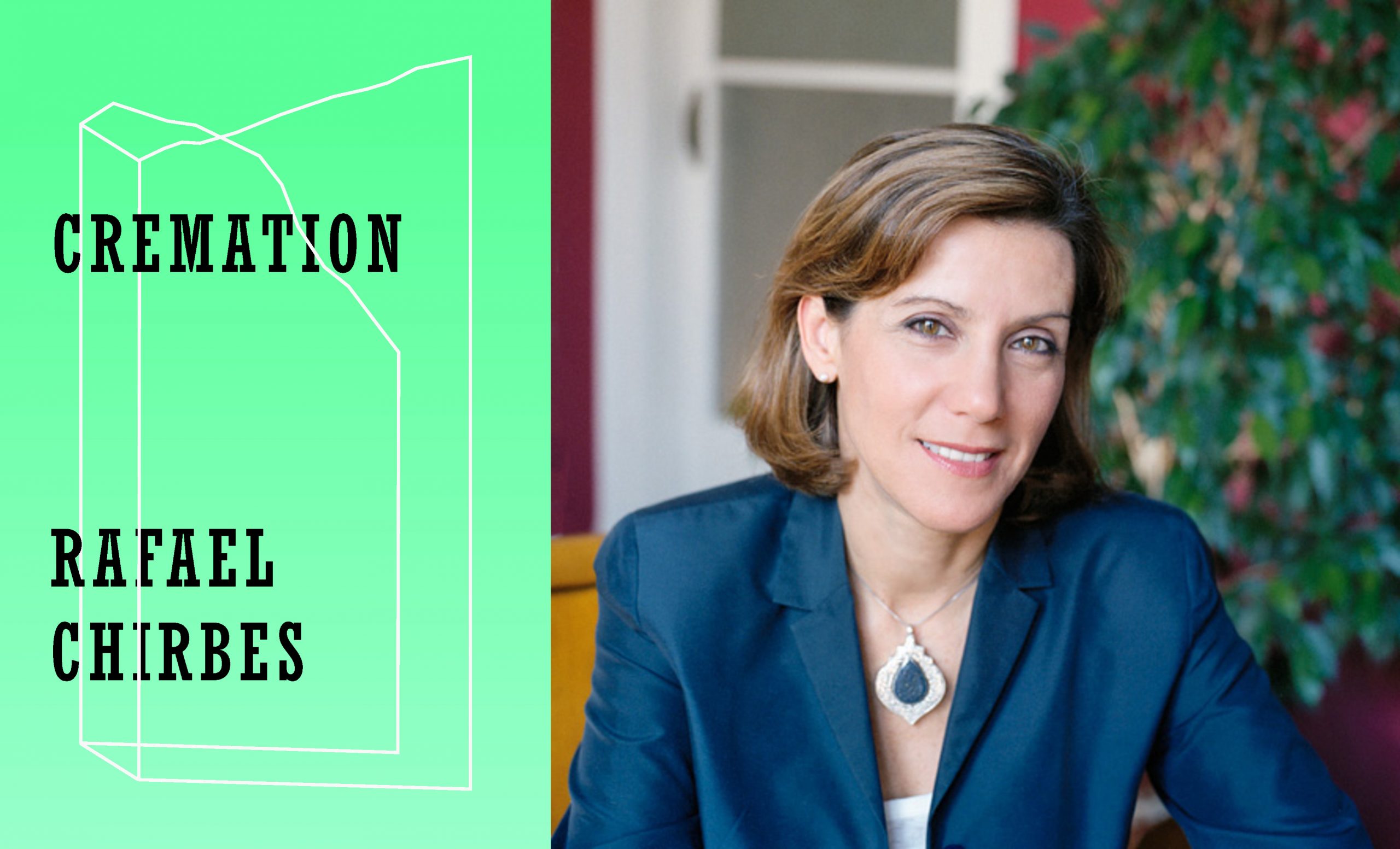 Join us for the book launch of Cremation (New Directions, 2021), the masterpiece from one of our most beloved Spanish authors, Rafael Chirbes, translated by Valerie Miles. Valerie Miles will be

Join us for the book launch of Cremation (New Directions, 2021), the masterpiece from one of our most beloved Spanish authors, Rafael Chirbes, translated by Valerie Miles.

Valerie Miles will be in attendance to discuss this amazing novel and its translation process.

Along the Mediterranean coastline of Spain, real-estate developers scramble to transform the once pastoral landscape into tourist resorts, nightclubs, and beachfront properties with lavish bars and pools. The booming post-Franco years have left everything up for grabs. Cremation opens with the death of Matías, a paterfamilias who had rejected all of these changes and whose passing sets off a chain reaction, uncovering a past that had been buried for years, and leading those closest to him to question the paths they’ve chosen. In a rich mosaic narrative, filled with a hypnotic chorus of voices, Cremation explores the coked-up champagne fizz of luxurious parties shadowed by underworlds of political corruption, prostitution, and ruthless financial speculation. The novel enters that melancholy ouroboros of capitalist greed that led to the financial crash and captures something essential about our values, our choices, and our all too human mistakes.

Valerie Miles is a publisher, writer, translator and the co–founder of Granta en español. She is known for promoting Spanish and Latin American literature and their translation in the English speaking world, at the same time as bringing American and British authors to Spain and Latin America for the first time, working with main publishing houses on the sector. She is currently the co-director of Granta en español and The New York Review of Books in its Spanish translation. On 2012 she co-curated a Roberto Bolaño  at the Center for Contemporary Culture in Barcelona.  In addition, she is a professor in the post-graduate program for literary translation at the Pompeu Fabra University in Barcelona.

An overflowing, mesmeric masterpiece about greed from “one of the most remarkable authors on the Spanish scene” (The Guardian)

Like William Faulkner or Francis Bacon, Chirbes stares, clear-eyed, into the abyss, and portrays us as we really are. “Rafael Chirbes is a master of the kind of Spanish literature that shines most brightly in lyrical descriptive passages and powerful metaphors.” —MARA FAYE LETHEM, THE NEW YORK TIMES

“Utterly convincing in its psychological details, but also memorable for the beauty of its writing and rhythms.” —COLM TÓIBÍN 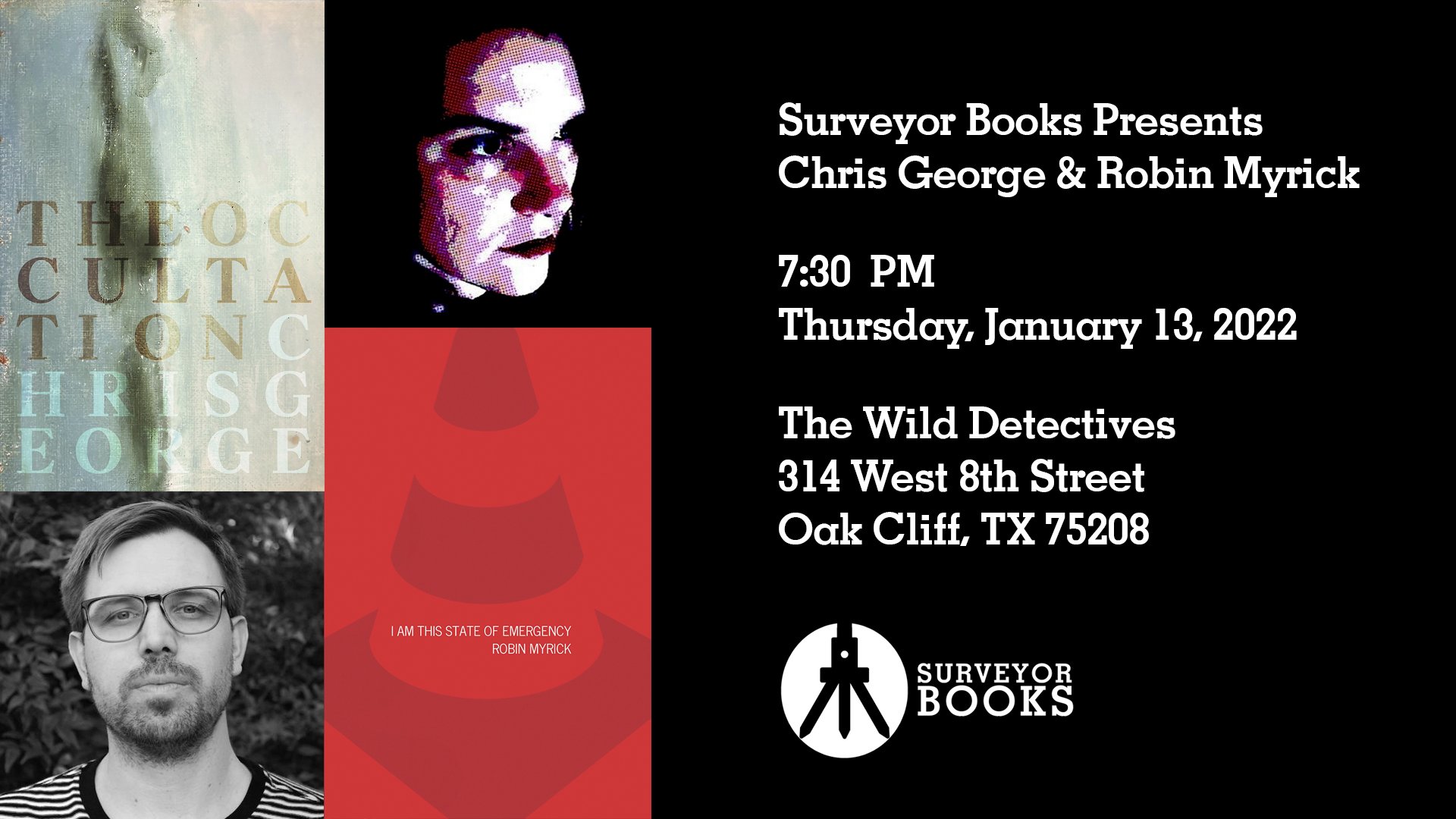 Authors Chris George and Robin Myrick will present work from their recently published debut collections: The Occultation (fiction) and I Am This State of Emergency (poetry). This event is free;

Authors Chris George and Robin Myrick will present work from their recently published debut collections: The Occultation (fiction) and I Am This State of Emergency (poetry).

This event is free; RSVP HERE.

Chris George is the son of the expanses of semi-rural Texas. He is an admirer of all things overgrown and left alone, and the ordinary folk who inhabit his native land. He currently lives in Dallas, where he teaches and writes. The Occultation is his first book.

Robin Myrick is a conceptual and experimental artist working in photography, writing, and hybrid forms. Her projects often engage the transitory nature of the mediated moment, as expressed through television and film, portraiture and the body, and the rhetoric of identity, politics, consumerism, and disaster. She holds an MFA in Writing and Critical Studies from California Institute of the Arts. I Am This State Of Emergency is her first book.

Surveyor Books is a Dallas-based publisher of first books by first-time authors.

Praise for Chris George’s The Occultation

“In Chris George’s tales, a uniformly flat and sordid world is refined to a point of strange translucence through which other worlds, both wonderful and terrible, are glimpsed. With things reduced to such a state of lowest energy, lowest spiritual possibility, all it takes is the slightest, deftest flip of the language to deflect, to redirect, and to suggest some fearful joy beneath the surface. This is raw and fearful stuff.” — David Searcy

“In a forgotten alley, past a door with a broken padlock, through the dark of a closet that never ends, you’ll find a Chris George story. The Occultation tantalizes at every turn. With an unflinching eye, George hacks through the weeds of a North Texas long overlooked in the popular imagination, where the ghosts have secrets and keep them, too.” — Simon Han

“I loved these sharp, haunting vignettes from the end of the world. They are linked but open, both mysterious and familiar, with an eerie, distilled, and alluringly ambiguous quality. The Occultation showcases that rare combination of style and substance.” — Lindsay Lerman

Praise for Robin Myrick’s I Am This State of Emergency

“Robin Myrick reckons with the ruin/s of nation, of critical thinking, of radical empathy, of necessary discomfort and discord. And yet, this book is nothing if not loud, marked by polyvocal prose, contrapuntal verse: omnipresence and hyper-mediation as our lingua franca in Post Internet culture. Harnessing a docupoetics that returns poetry to the street, to the town hall meeting, to language as a state of emergence and exigency, I Am This State of Emergency asks us to consider listening as a poetics and a political praxis. Informed by information theory’s foundational tenet, this is a book that takes noise as more than necessary; as narrative itself.” — Chris Campanioni

“I Am This State of Emergency turns up the volume on the nightmarish soundscape of contemporary American politics, spurring us to listen and listen hard to where we are and what we have become. Myrick’s endlessly innovative poems transfigure the collective transcript of our last decade, showing us what better things we can do with words. ‘The only way out is out,’ she insists, and with this collection, points us towards the exits. A labor of love for the body politic, and a powerful, arresting debut.” — Janet Sarbanes

“In the making of her debut collection of poems, I Am This State of Emergency, Robin Myrick set out to listen closely to the kind of person most unwilling to do the same, the politically divided argumentative American. The resulting document of this deep listening experiment is in poem form, organized by playlist. Bouncing from ‘I’ to ‘I’ across the political spectrum, an opposing, despicable ‘you’ is always in view. Myrick has brilliantly imploded the bumper sticker stick-it-to-em, unearthing the true slogans of our time: a puzzle of contradictions, double standards, ironies — even thinly concealed hurt — and a devotion to the divide itself. Angry voter tirades are blasted open, pulled apart, taken to their logical conclusion, and smartly juxtaposed, each poetic turn an uncomfortable revelation inciting laughter, horror, and contemplation. It’s precisely in Myrick’s unwavering attentiveness to the us vs. them rhetoric that these poems point us elsewhere, lead us to unexpected places — if only America could quiet down and pay attention and listen like Myrick does. Ultimately, these poems prove that it’s in the act of listening and in the necessity for poetry that we can get ourselves out of this predicament. These poems are their own kind of protest, and I’d love to have any part of them on the bumper of my car.” — Stephen Van Dyck