An Evening With Poets & Chapbooks

In honor of poetry month, join us in the backyard for a celebration of Deep Vellum's newest chapbooks! Featuring live readings by poets Sherrie "Candy" Zantea (Oak Cliff-Hangers) and Leah Tieger

In honor of poetry month, join us in the backyard for a celebration of Deep Vellum’s newest chapbooks! Featuring live readings by poets Sherrie “Candy” Zantea (Oak Cliff-Hangers) and Leah Tieger (Circle Back) accompanied by a virtual reading from Melania Luisa Marte (Plantains & Our Becoming)*. Poets will be in conversation with Fatima-Ayan Malika Hirsi, author of Everything Good is Dying (Deep Vellum, 2019).

This will be an in person event, RSVP is free and required. You can do it here 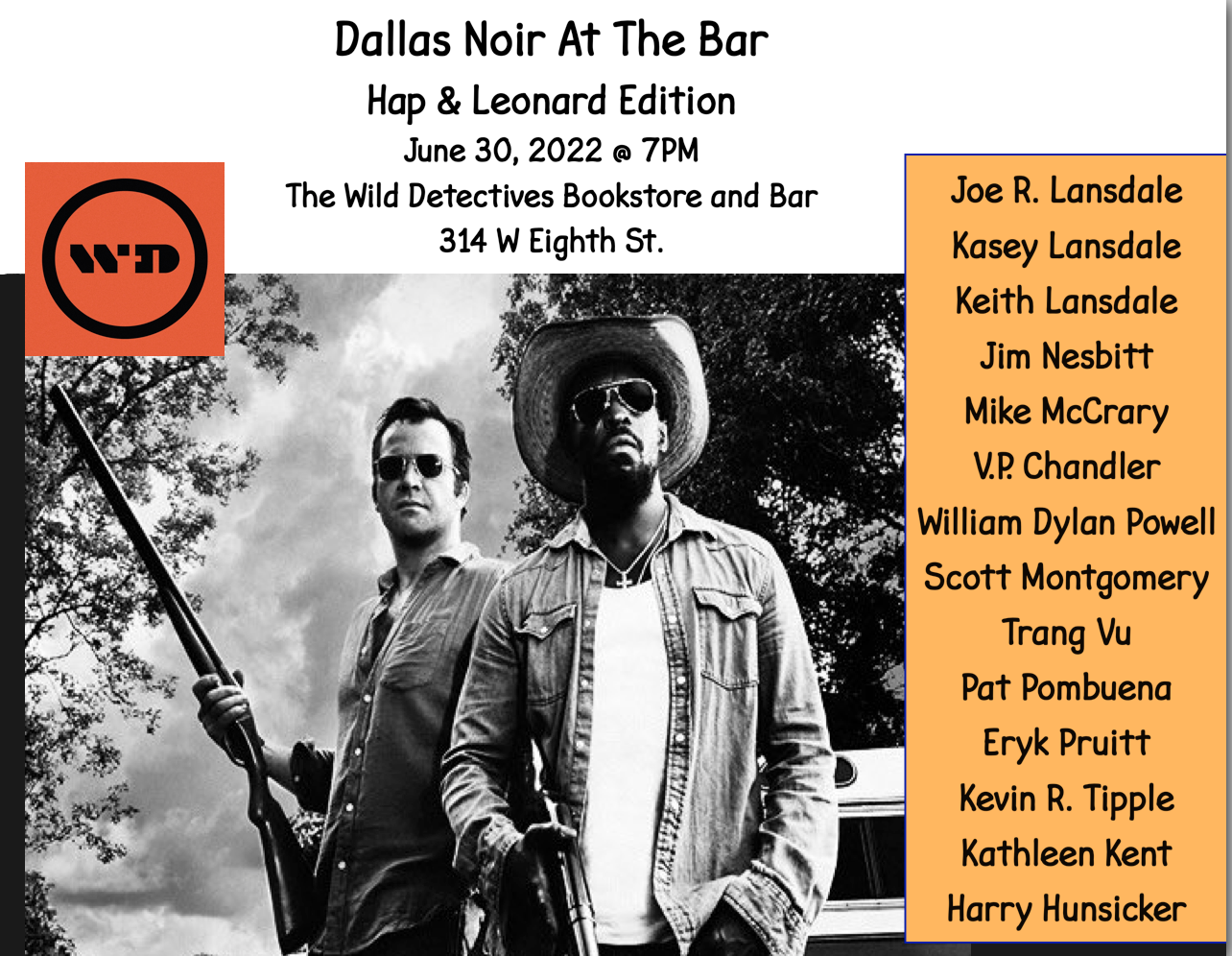 Mark your calendars, another Dallas Noir At The Bar is coming to The Wild Detectives on Thursday, June 30, featuring Champion Mojo Storyteller Joe R. Lansdale, Kasey Lansdale, and friends,

Mark your calendars, another Dallas Noir At The Bar is coming to The Wild Detectives on Thursday, June 30, featuring Champion Mojo Storyteller Joe R. Lansdale, Kasey Lansdale, and friends, and with a spoken word/musical duet performance by local artists Trang Vũ & Patrick Pombuena. 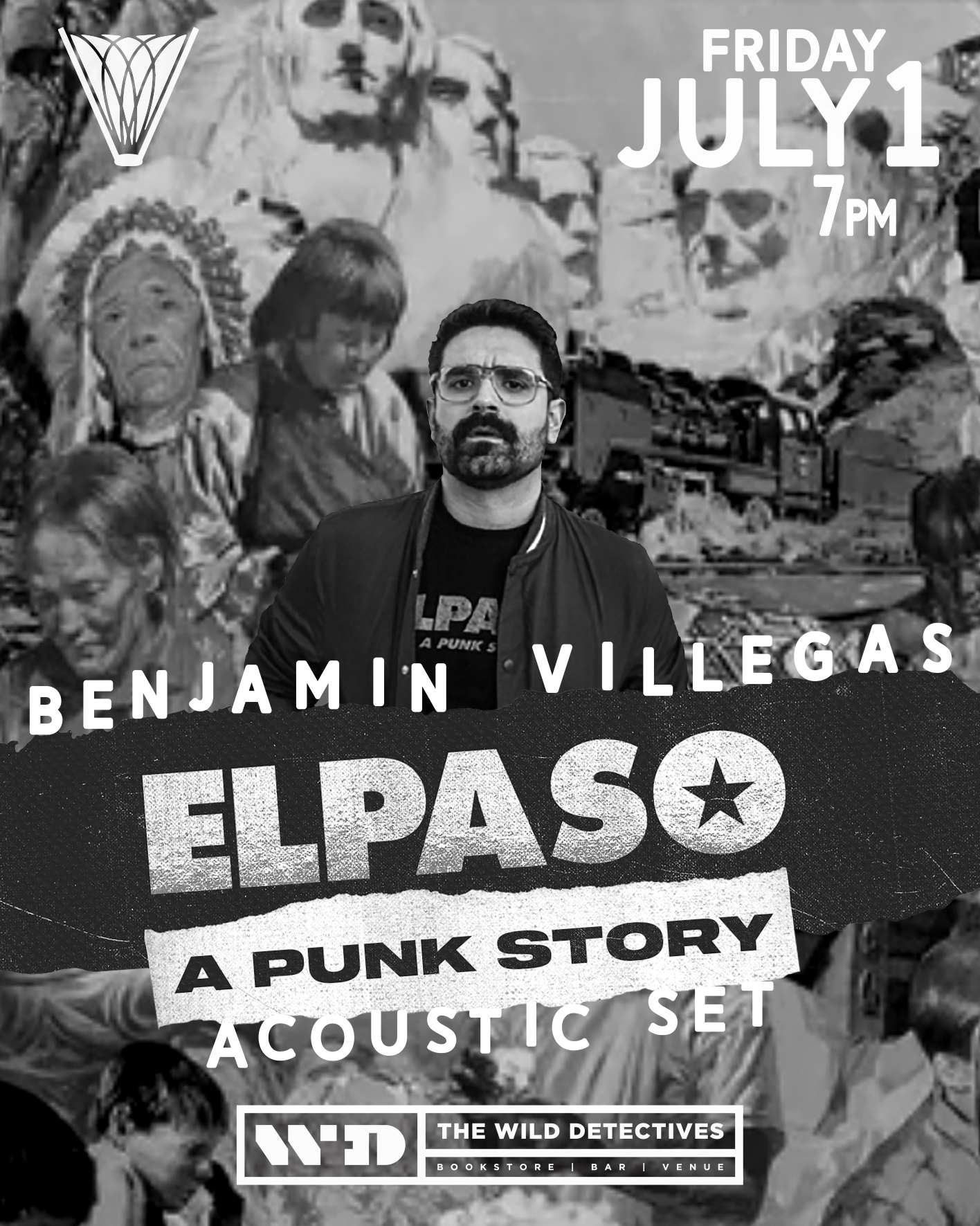 Along with Deep Vellum Publishing we are excited to present Benjamin Villegas, all the way from Spain, for an acoustic set based on his book, ELPASO: A Punk Story.

Along with Deep Vellum Publishing we are excited to present Benjamin Villegas, all the way from Spain, for an acoustic set based on his book, ELPASO: A Punk Story. Join us for music, conversation, and the best of a great book!

In 2015, Benjamin Villegas traveled to Texas in an attempt to write the biography of a music group that could have changed the history of rock: ELPASO, a long-since defunct Chicano band from the U.S.-Mexico border with a punk sensibility and little left to remember it by but a suitcase of fanzines and one-off recordings.

This is the story of one of the many bands that will never appear in rock n’ roll history books, but are at the core of the scene; a band that earned its stripes from sweaty fans and self-taught rock aficionados in basements, garages, and small venues across the country. This is the story of two kids who came together to embrace the punk ethos of the 80’s and be a part of the rock n’ roll revolution sweeping the US, a world of the Ramones, Black Flag, and, of course, ELPASO.

Benjamin Villegas was born in Spain. He was named after Fantastic Four’s The Thing, and grew up in a household full of comics, music, and movies that shaped his taste for American pop culture. He is a musician, illustrator, audiovisual producer, and graphic designer. He is also the author of Huele como a espíritu posadolescente (Smells Like Postadolescent Spirit).

This is a FREE event. 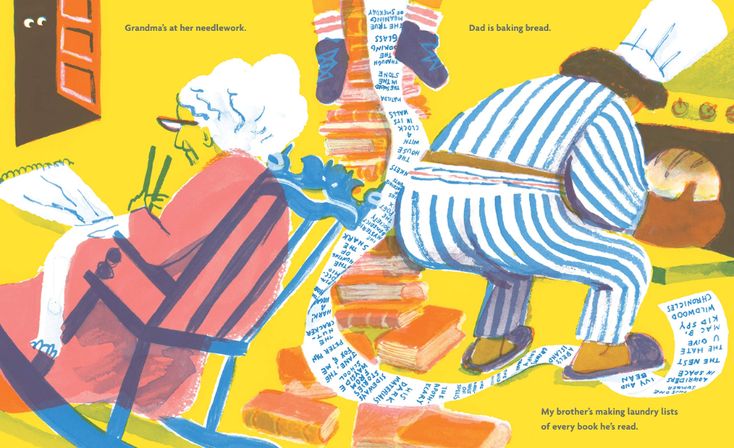 Rise and shine kids, neighbors, friends and families – welcome, everyone! Rain or shine, it’s time again for Kids In The Cliff storytime at The Wild Detectives.

Welcome to July! Are you hearing things that are keeping you up at night? Are fireworks fizzing your ZZZs? Are you having a hard time getting up and at ‘em in the morning? Do you just need a nap?!? All of our picture books for this Kids In The Cliff Sunday morning event feature creatures or peeps who can’t catch a wink. We’ll read from vintage faves and cool contemporary finds, and wearing your PJs to this special storytime is HIGHLY encouraged – think prizes! So come join us at The Wild Detectives’ little house for a cozy morning of reading together this Sunday, and stick around after for extra fun. See you there!

*Special note for parents: We’ve brought back the fun for curious young minds and moved the stories outdoors. We have plenty of shade and covered patio space in case of rain, but if it is too hot when we begin, we may hold the event in the kids’ section indoors. As usual, we’ll have related extra books on hand in case you are looking for other excellent picture books we recommend. Particular emphasis is placed on striking illustrations, great graphic design or standout writing. Titles may be brand new, old treasures, foreign finds, from home, our kids’ section or the local library, but they are always picked with love and a sense of adventure. If there’s a book you’d love, consider our ordering service!

Look for Kids In The Cliff weekend storytime events at The Wild Detectives.  As people who’ve been there, we strive to select themes or titles that will be interesting enough to pique not only children’s, but also the attending adults’ curiosity. It’ll be about a 30-45 minute read each time with something different and fun for the kids – that’s going to be interesting; we can’t wait to see what they come up with.

Bring your kids and infuse them with a love of reading. All ages are welcome.

Kids In The Cliff is organized by Lanie DeLay, who has worked at Dallas Contemporary, the Dallas Public Library, Hamon Arts Library at SMU, at area preschools and the School For The Blind in Austin. She has written for Glasstire and Art&Seek, and she tutored children in early reading skills at Dealey Montessori. When she isn’t looking at art or reading with kids, she’s reading about art or looking for a new read. 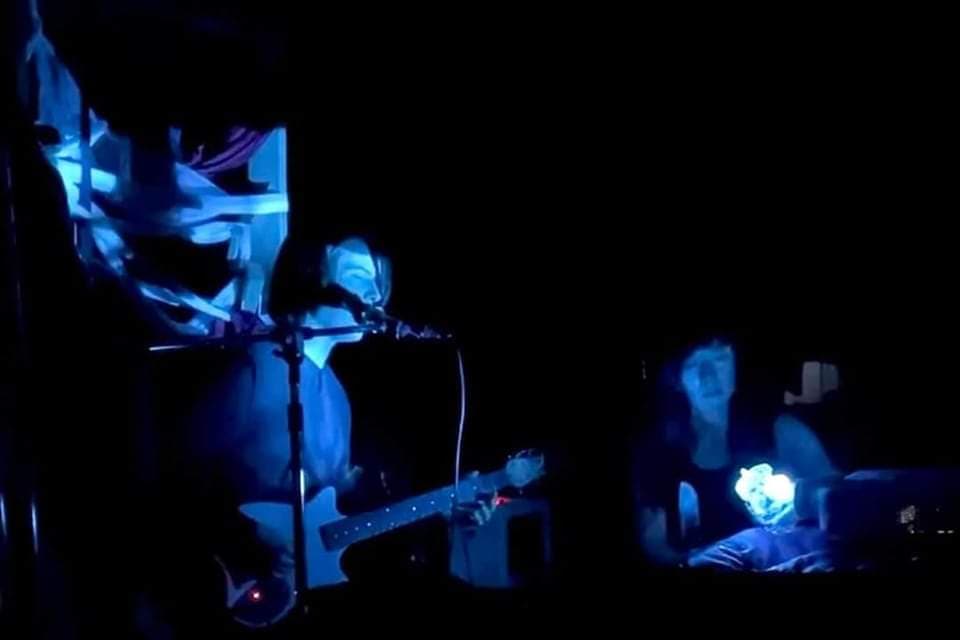 TICKETS: $10 advanced / $15 door Join us at The Wild Detectives as we welcome back Chaase and Nahoko to Texas coming all the way from Japan for a

Join us at The Wild Detectives as we welcome back Chaase and Nahoko to Texas coming all the way from Japan for a special evening of one of a kind music!

Chaase Gardner celebrates his return from Japan with artist and performer Nahoko Tajima, bringing together his friends and past collaborators into a special large ensemble highlighting the improvised/experimental music community of North Texas and showcasing what Chaase has been performing musically while in Japan. What will begin as a reunion of these performers recalling past collaborations through selected duos, trios, and other groupings, will progress into a final full ensemble performance together in a unique sound that we believe has yet to be heard.

An artist and improvising musician that is known for utilizing a wide range of ideas and sounds within his performance. He is a DFW native currently based in Chiba, Japan with his wife, fellow artist and performer, Nahoko Tajima, who often collaborate together.

Chase has been away from Texas for 2 years and makes his return to debut a new music concept performing in the shape of a folk singer-songwriter, but creating abstract “songs” twisted up in an amorphous electronic improvised sound world.

While in Japan, he has recorded a lengthy solo album in this style and has completed two short tours (Little Kansai Tour Jan. ’22, Little Kanto Tour May ’22 with Chie Mukai of Ché Shizu) performing this sound across mainland Japan.

Artist and performer from Chiba, Japan that has been active since 2007. Her expression follows the moment that is “now”, consciousness, and the body. As a painter, she is well known for using her own hair and face as a means of creating artworks. She has demonstrated the creation of these works live at art spaces and galleries as well as been featured on Japanese television.

Nahoko was a member of the group “Internet” (aka Mambo Sisters/Omanutu sher iiima) with noise musician, Youko Heidy, where they toured the US frequently.

As a performance artist, she often collaborates with a variety of musicians using everyday objects, light, and her body, creating connections with the audience and making a unique happening, captivating the space around her.

A diverse musician and artist – a multi-instrumentalist, she employs hammered dulcimer, harmonium, electroacoustic sound art, and extended vocal techniques. She performs frequently both solo and with multiple bands and improvisational ensembles in the North Texas area. She is a University of North Texas graduate where she focused on vocal studies and electroacoustic composition. She has also studied with Meredith Monk and members of her vocal ensemble. She tours nationally and her recent albums have been released on Pour le Corps Music , Tofu Carnage Records, and Obsolete Media Objects.

Born and raised in Houston, Texas, multi-instrumentalist Kevin Butler is currently located in the Dallas area. Kevin has held tuba positions in the Eastern, Round Top, and Aspen Festival Orchestras, and shared the stage with a number of artists including Rufus Reid, Mike Block, Shelley Carrol, Jamal Mohamed, The Dallas Symphony Brass Quintet, and Chicago. Currently, Kevin actively plays with such wide-ranging groups as Jamil Byrom and the Grown Folks, The Free Loaders, Terence Bradford and Congo Square, The End of the World Parade, the Big Ass Brass Band, and is a founding member of the Dallas-based world-fusion quintet The Obscure Dignitaries.

Matthew Frerck is a bassist, improviser, and composer. A native of Richardson, Texas, Matthew is a performer actively finding a voice through the creative practices of jazz, free-improvisation, and contemporary classical performance. His energetic approach has led him collaborate and share the stage with luminaries including Pulitzer Prize-Winning composer/saxophonist Henry Threadgill, Aaron Dilloway (Wolf Eyes), and Ursula Oppens among others.

Musician based in Denton, TX. Daniel loves harsh sounds, tiny sounds, free sounds, and sounds you can only see.

The electroacoustic free improvisation duo, consists of Ernesto Montiel and Miguel Espinel, both Venezuelan-born and North Texas-based.  The pair perform in tandem, exploring the possibilities of sinuous sonic environments amid amplified sounds and signal processing.