“The current inheritors of complex colonial legacies must seek to transcend these legacies, while acknowledging the impossibility of erasing or pretending them into nonexistence.” (1) – Neelika Jayawardane 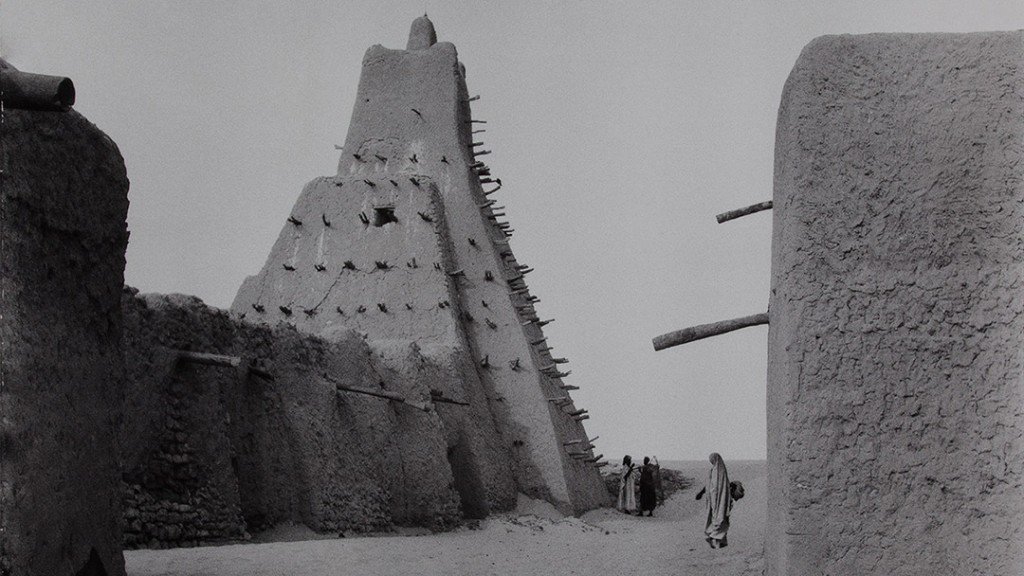 “The current inheritors of complex colonial legacies must seek to transcend these legacies, while acknowledging the impossibility of erasing or pretending them into nonexistence.” (1) – Neelika Jayawardane

I am haunted by a photograph shot in a place I’ve never been in a time I never saw. It depicts a young Tuareg woman. Her dress is frayed. Her brows are knit. She rests her chin in her left palm, the fingers curled in a half fist. She looks deeply annoyed, or perhaps just wary. Self–contained.

What is her name?
It can be argued that the very notion of a people called the Tuareg is an invention of 19th–century explorers and anthropologists, who adopted this supra–tribal and alien (i.e. Arab) collective noun with which to group together the Amazigh or Berber speaking nomadic tribes of the southern Sahara. (2)

The photograph is Hector Acebes’s Tuareg Girl, Mali, 1949 (3). I saw it in Acebes’s first commercial gallery exhibition (4) in 2003. Previously confined in his personal archives, Acebes’s Africa portraits attained international exposure through the efforts of Seattle arts impressario and book designer Ed Marquand who, in collaboration with scholar–curator Isolde Brielmaier, produced the monograph Hector Acebes: Portraits in Africa 1948–1953. Brielmaier then co–curated the traveling exhibition, Engaging the Camera: African Women, Portraits and the Photographs of Hector Acebes, which opened at Spelman College, Atlanta, in 2004 and closed at Texas Southern University, Houston, in 2008 (5). “My” photograph appears in both the monograph and the exhibition catalog.

Tuareg Girl, Mali 1949 drew me to books with mournful titles, cracked spines, and intricate yellowed maps drawn by early 20th–century Europeans who explored “French Africa” at the threshold of the aviation age. Sustained by curiousity and the means to satisfy it, those adventurers navigated geographic and cultural spaces where anthropology and voyeurism would shortly intersect.

In 1926–1927, Scotsman Dugald Campbell followed the Tuareg Trail from Kano (in northern Nigeria) to the oasis of Iferouane (at the foot of the Aïr Mountains, in northern Niger). His account of the journey describes a culture steered by sand and wind and run on nature’s time. So unlike ours.

Like the Magi, the Tuareg followed the trail by means of the star, and I found him a master of the local constellations. Whether he wanted to go to Tunis, Tripoli, Timbuctoo, or some south Saharan centre, the heavens were his chart, his eyes and intuition his telescope. He ever followed the earth in relation to the sky signs and the stars. (6)

The Tuareg used the sun, moon, and stars not only to navigate the desert but to reckon time. They subdivided day in units such as these: the early morning, shortly before sunrise, when you begin to see but not yet very clearly; the interval from sunrise to mid–morning, when the sun is low and the heat not terribly uncomfortable. Longer periods were likewise denoted by astronomical phenomena, as the year when shooting stars were extraordinarily abundant.

The dubious inheritance of colonial texts notwithstanding, they suggest potentialities that Westerners lost or repudiated eons ago: An intimacy with our own landscapes, such that our lives were entrained with their rhythms. An approach to technological innovation that weighs economic benefits against social, cultural, and ecological costs. A skepticism of expansion, whether of markets or territory.

When in Aïr, suppose that the French had lived as the Tuareg lived. Would such an accommodation have sabotaged the colonial design—or, at least, forestalled its noxious implementation?

In early middle age, the writer and naturalist Terry Tempest Williams left her urban life in Salt Lake City to make a home in Utah’s slickrock country, 25 miles from the nearest town. Her essay “Ode to Slowness” describes the physiological transition that trailed her geographic move:

It has taken my body months to slow down, to recover a rhythm in my heart that moves my body first and my mind second. I am learning that there is no such thing as wasting time, as whole days pass inside the simple tasks of making a home, meeting new neighbors, watching the ways of deer. My ears have just now stopped ringing as they adjust, accommodate this quiet, this calm in this landscape of time. (7)

In the landscape of time, what nourishes the mind—and what are the traits of a mind nourished on landscape’s food? Scholar John Blofeld provides a clue, in contrasting ancient Taoist masters and contemporary Western seekers:

A mind fed on words such as heaven, earth, dew, essence, cinnabar, moonlight, stillness, jade, pearl, cedar, and winter–plum is likely to have a serenity not to be found in minds ringing with the vocabulary of the present age—computer, tractor, jumbo jet, speedball, pop, dollar, liquidation, napalm, overkill. (8)

The Tuareg mind was fed on words like these: gazelle, mirage, jackal, date–palm, turtle–dove, amulet, tamarisk, calabash, and goatsties.

Fourteen years passed, and Tuareg Girl lingered with me. In early 2017, I surrendered to its pull. I borrowed Hector Acebes: Portraits in Africa from the University of Washington art library. I unearthed and purchased a copy of the exhibition catalog.
As I revisited Tuareg Girl and—more to the point—examined other portraits in the books, I saw what I had quelled before. Many of the portraits are quietly pornographic. Virtually all of them are stentorianly colonialistic. My aesthetic experience—the very fact of my having an aesthetic experience—was profoundly unsettling (9).

For example, Unidentified woman, Benin, 1953 (10) shows a teenage prostitute, smoking from a long–stem tobacco pipe. She is naked but for a myriad of bracelets, necklaces, and strands of beads at her pelvis. What looks to be a penis sheath lies in the dust beside her foot. A second sheath rests bizarrely on her shoulder. As Brielmaier acknowledges, “It is the young woman’s nudity that captivates us; it is her nakedness that we consume as viewers of the photograph.” (11) In other words, we are—I am—inculpated in Acebes’s dubious choice of subject and in his compositional decisions.

One more example: a vaguely sinister photograph of the young Acebes—clothed and in profile—standing behind a foregrounded African boy, his chest bare, his chin bowed to the camera (12). Acebes commands the work. His gaze, passing over the boy’s shoulder and compelling the viewer, is proprietary and supercilious. The boy’s visage is hesitant, childlike, and pleading. He looks about to cry.

There is something beyond mere prurience, whether conscious or suppressed, in the portraits’ appeal. Acebes immerses us in a world in which “time is abundant, with no evidence of urban speed-up (13).”  He invites us to pause, slow down, sit down, absorb, and notice.

He lets us rest.

Ultimately, however, the portraits contract my notion of what I have a right to observe—and of what I want to observe, regardless of rights (14).

That acknowledged, there is no going back. The eye will capture and the mind retain the first image it receives of what was previously unseen, regardless of how inaccurate, or reprehensible, that image may be.

(5) Each of these institutions is an historically black college or university (HBCU). Brielmaier’s co–curator, Andrea D. Barnwell Brownlee (née Andrea D. Barnwell), is the director of the Spelman College Museum of Fine Art.

(6) Dugald Campbell, On The Trail Of The Veiled Tuareg: An Account of These Mysterious Nomadic Warriors Whose Home Is The Trackless Desert & Whose History Fades Into the Far Past (Philadelphia: J.B. Lippincott Company, 1928), 26.

(9) Other viewers were unsettled from the get–go. See “Responses to Hector Acebes Exhibition at Binghamton University,” AfricaResource, February 21, 2007 (http://www.africaresource.com/index.php?option=com_content&view=article&id=206:responses-to-hector-acebes-exhibition-at-binghamton-university&Itemid=351).

(14) Contra Sontag, “Photographs alter and enlarge our notions of what is worth looking at and what we have a right to observe.” Susan Sontag. “Photography.” The New York Review of Books, October 18, 1973 (http://www.nybooks.com/articles/1973/10/18/photography/). 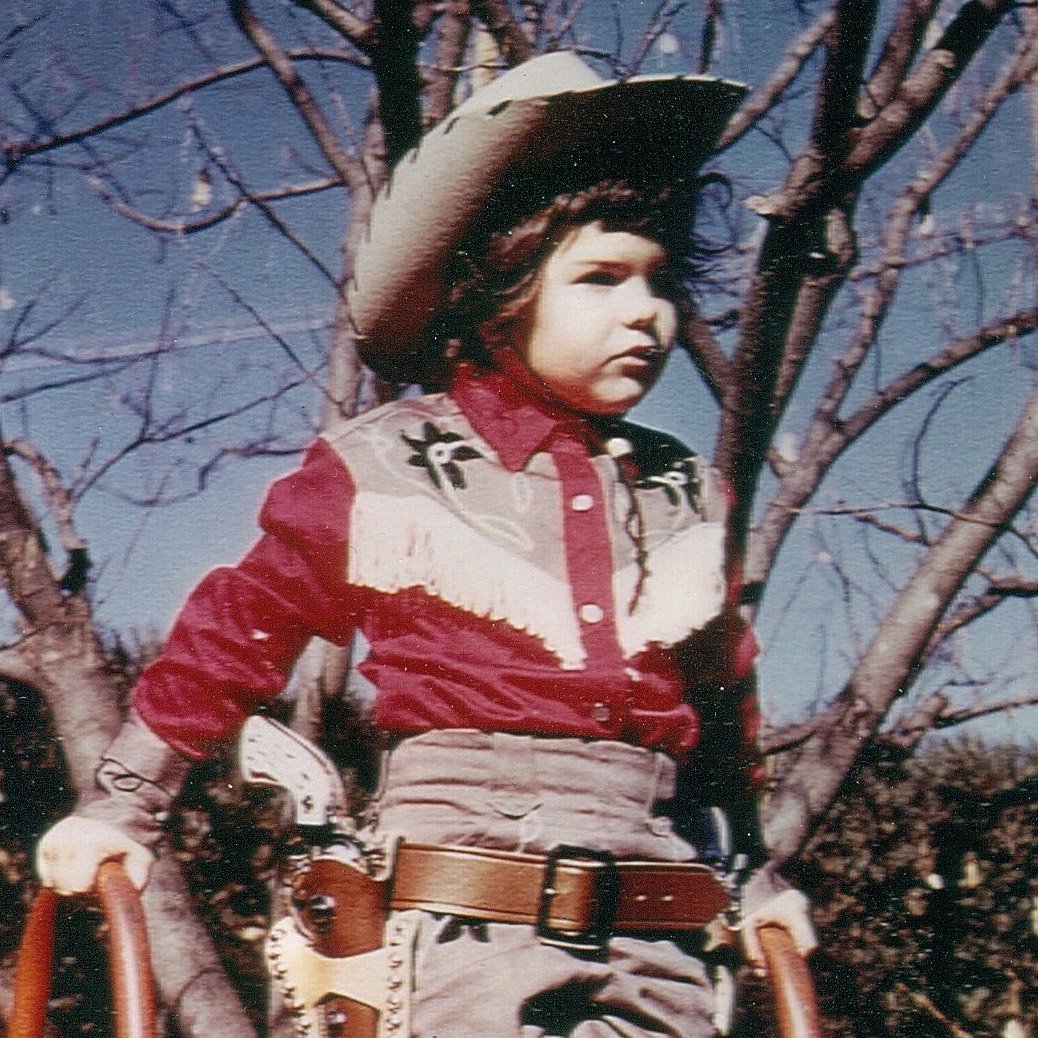 Elizabeth Alexander Elizabeth Alexander grew up in Dallas, spent the 1980s and 1990s in New York and Boston, and lives happily ever after in Seattle. Elizabeth’s short story collection, On Anzio Beach, is forthcoming from Ravenna Press. Her fiction, poetry, and essays have appeared in many strange and wonderful publications, including Defenestration, Archives of Neurology, Gargoyle, The Journal of Feminist Studies in Religion, and several magazines named after animals—monkeys, mostly.