The website Vulture announced last May that we are coming up on a year of very long novels. In addition to their intimidating page counts, these novels mentioned in the Vulture article have something else in common. I will almost certainly not be reading them. 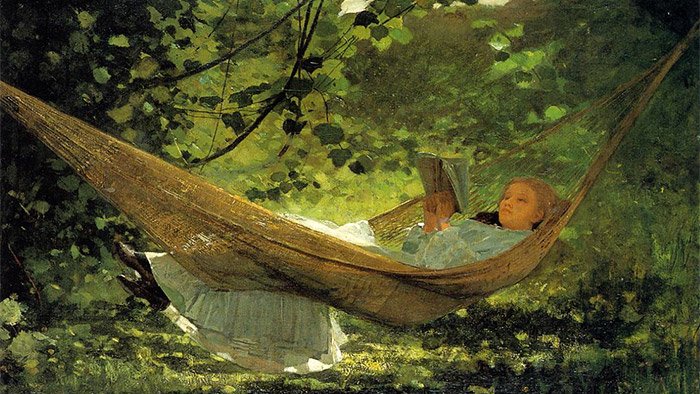 The website Vulture announced last May that we are coming up on a year of very long novels. In addition to their intimidating page counts, these novels mentioned in the Vulture article have something else in common. I will almost certainly not be reading them.

The website Vulture announced last May that we are coming up on a year of very long novels. Possibly Donna Tart’s The Goldfinch, Eleanor Catton’s The Luminaries and the ongoing interest in David Foster Wallace’s Infinite Jest have tilled the field for a new crop of doorstopper fiction. Knopf hopes that Garth Risk Hallberg’s City of Fire, a 944 page panoramic novel of New York City in the 1970’s, will hit the bestseller lists this fall. William Vollman, no stranger to the very long novel, outdoes himself with The Dying Grass, a retelling of the Nez Perce Indian war that comes in at 1345 pages. Mark Z. Danielewski’s The Familiar Vol. I: On a Rainy Day is 880 pages. Danielewski’s predilection for playful typography might undermine some of that page count, but then again he has said this is the first of twenty-seven volumes. Do the math.

In addition to their intimidating page counts, these novels and others mentioned in the Vulture article have something else in common. I will almost certainly not be reading them.

I am not fundamentally opposed to very long novels and I have read my share of them over the years. It is, in fact, the number of already extant very long novels that I have not read that stops me from picking up The Dying Grass. I have read neither The Brothers Karamazov nor Proust. When I picture the oncoming volumes of The Familiar, I see lined up on the bottom shelf in my office the three-volume Penguin edition of A Thousand and One Nights (2647pp).

All of the above would be worthy reads; but, speaking as someone who has recently found myself in a position to have many of my afternoons free, I attest that there is much to be said for novels that can be read start to finish in one of those afternoons. These need to be books comfortably under 200 pages long that require three to four hours of reading time. Perhaps some of these books are technically “novellas,” but I have never understood the algorithm that makes that determination. I am thinking of books by authors who devote most of their careers to producing work that fits this format, books that receive single-volume publication rather than filling the bulk of the space within a book of shorter stories. Books perfect for inclement weather, a longer than expected wait at the Toyota service department, or mild lower back pain.

Anyone looking for an afternoon read can choose from the shelf of classics or select much of the best crime fiction out there. Over the past few years, I have settled on a handful of go-to authors, by whom I have read either a little or a lot, and who never disappoint. 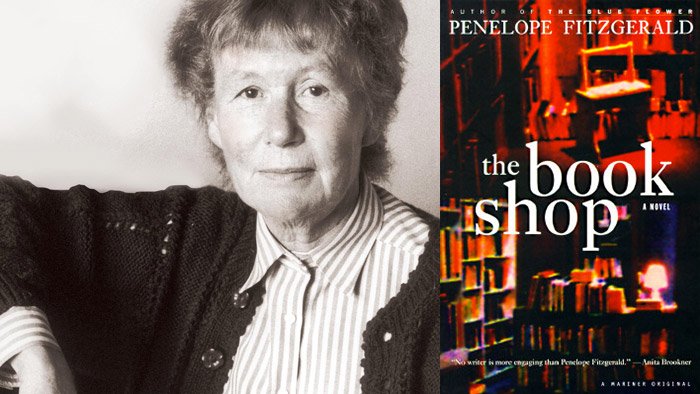 Fitzgerald published her first novel when she was sixty. Although I harbor no smoldering desire to write novels myself, I am of an age to find that fact invigorating. And I am glad that I read about her in the New York Review of Books rather than the AARP Magazine. Once she got started, she published about one book a year until her death at the age of eighty-five. Her later novels have historical settings and tend to be longer than the first works based on her own experiences. I have read only one of them, The Bookshop. It is an admirable 120 pages long and is the one that was a lifesaver in the waiting room of John Eagle Sport Toyota. Judging from reader reviews, many come to her expecting a form of “village cozy” writing, and they are either delighted or dismayed to find she is the uncoziest of storytellers. Here is her own description of her method:

I have remained true to my deepest convictions, I mean the courage of those destined to be defeated, the weakness of the strong, and the tragedy of misunderstandings and missed opportunities, which I have done my best to treat as comedy, for otherwise how can we manage to bear it? 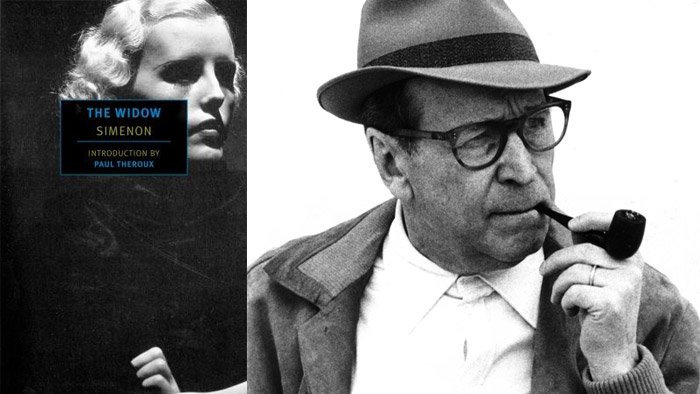 As one contemplates the life and work of Georges Simenon, the question inevitably arises: Was he human?

I wish I’d said, that but it’s the opening of English novelist John Banville’s appreciation of this Belgian writer who wrote between 200 and 400 novels. That’s a generous margin of error, but the discrepancy depends upon how many pseudonymous works have been uncovered.

Simenon is best known for his seventy Inspector Maigret novels, all of which are currently receiving new translations and editions from Penguin. By their nature, police procedurals become formulaic, and whether you love or grow tired of Mairgret depends upon your fondness for the genre. Simenon’s great works are his romans durs, his stand-alone “hard novels” that make up the bulk of his work. There is a lot of crossover here with noir fiction, but there is also distinctive difference, at least in Simenon’s handling of the material. In noir fiction we watch bad things happen to people who make bad decision. As Banville pointed out in the article quoted above, noir fiction is often at root sentimental and its protagonists are failed romantics. Simenon is pitiless. His characters are appalling, and the violence they perpetuate comes from their nature rather than the force of circumstances. Novels like The Widow and Tropic Heat, to name a couple of the best, are as compelling as a train wreck but allow no room for even abstract sympathy for any of the characters who survive past the last page of the book.

I have read that Simenon wondered why he never won the Nobel Prize. Maybe he didn’t deserve it, but he merits every accolade that continues to pile up around his prodigious body of work. 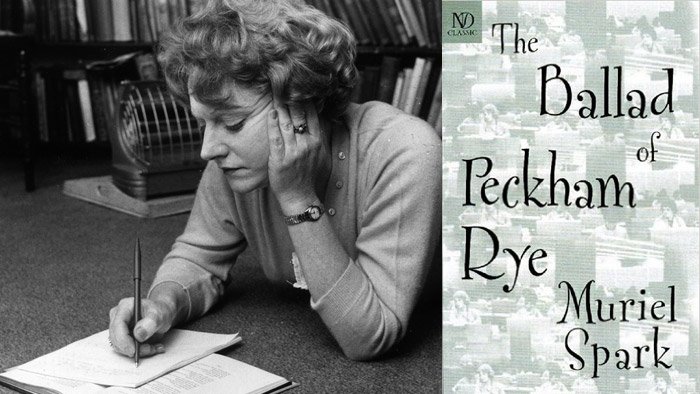 The Times newspaper placed Muriel Spark (1918 – 2006) at number 8 among the 50 best English novelists since 1945. I have read three of her 22 novels. She was a master of dire comedy. To compare her to the first two writers on my list, she was neither as pitiless as Simenon, nor as fond of her characters as Fitzgerald. She seems to have enjoyed her characters, although at times that enjoyment might resemble the enjoyment a spider experiences watching a bug get caught in its web.

The Prime of Miss Jean Brodie is her most famous novel, adapted to stage and screen. I haven’t read it, but I highly recommend for a pleasurable, chilly afternoon either The Ballad of Peckham Rye or The Girls of Slender Means. Pekham Rye features a character who just may be the devil. 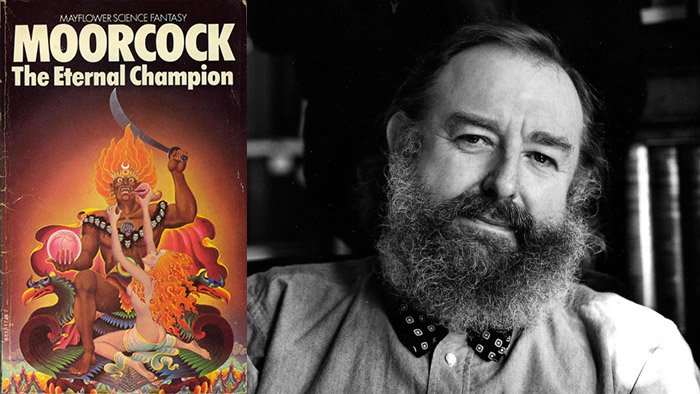 If you do not as a rule read paperback novels with covers featuring brawny, half-naked men wielding six-foot-long swords and dispatching other brawny half-naked men while monsters and three-quarters naked women look on – and given this venue, I think I am on pretty safe ground here – I recommend you take a look at the novels of Michael Moorcock. He must have written about a hundred or so. An exact count is difficult because most of his novels from the seventies were later bound into trilogy volumes that sometimes included new material, and there are also comics and graphic novels to consider.

Moorcock writes of The Eternal Champion, a hero who takes different forms at different times in different dimensions of The Multiverse. The deposed, melancholic albino king Elric of Melnibone is his most famous creation, but across the many novels the hero can also be a crusader knight, a mysterious dandy in swinging London, or a scion of a wealthy German family who I think runs a brothel. (I have not actually read one of those last ones.) As a writer of heroic, quest fantasy, Moorcock established himself early on as the Anti-Tolkien, famously describing The Lord of the Rings as “Epic Pooh.” His novels are subversive, full-tilt adventure stories, grimmer, funnier, and – this is important here – shorter than anything else in the genre. They are best read in luridly packaged, secondhand paperbacks. Try one and you might be embarrassed by how much you enjoy it.

These four writers can fill many afternoons, but I am always on the lookout for more. Jean Echenoz look promising, and I understand that recent Nobel Prize winner Patrick Modiano seldom goes over 200 pages. 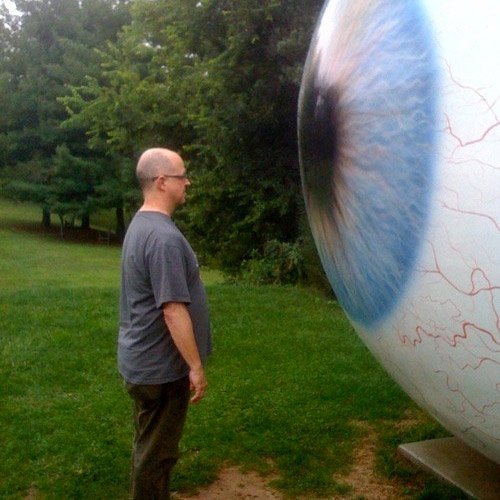 Charles Dee Mitchell is a retired bookseller who has been a freelance writer and curator on the arts for thirty years. He is currently President of WordSpace, a Dallas-based literary organization that produces around fifty author events a year.