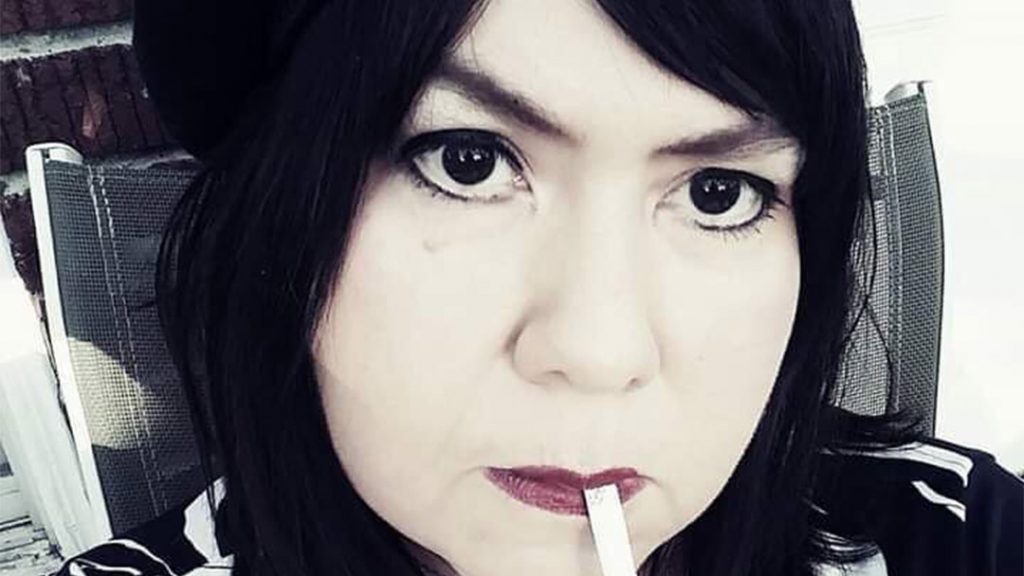 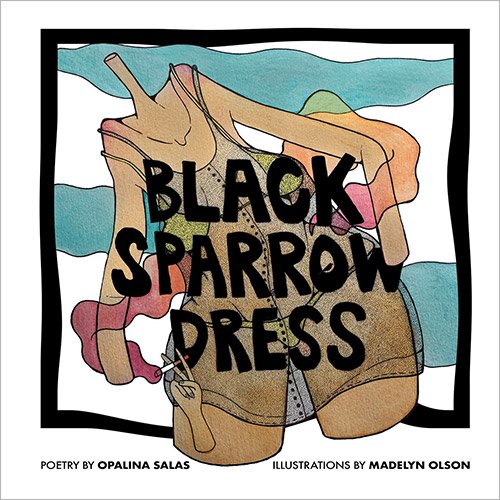 Logen Cure: Black Sparrow Dress is such a beautiful title. How did you choose it?

Opalina Salas: Black Sparrow Dress is an homage to Black Sparrow Press, the publishing house that brought the world Charles Bukowski. Although many won’t consider my poetry very much like his, I feel that his spirit of ‘observe and record’ has been my guiding force throughout my experience as a poet. Bukowski’s writing was influenced by the social and cultural spirit of Los Angeles. I feel that my work contained in this collection is inspired by the same spirit of my home, Oak Cliff. He wrote about the ordinary lives of the poor, alcohol addiction and the act of writing. My poems also reflect these concepts but are written in the perspective of a woman, therefore, the idea of the symbolism of a dress came to mind. I have also recently been through a very transformative phase in my life that has had me questioning the ideals of femininity and all that it entails for a modern woman in these tumultuous times. Also, I think about Frida Kahlo’s piece ‘ My Dress Hangs There’ https://www.fridakahlo.org/my-dress-hangs-there.jsp , when I think about the influences I have as a Chicanx woman and the duality of experiences and the feeling of ‘not fitting in.’

LC: Which poem from the collection was composed first?

OS: The first poem composed was ‘Hang Drapes’ which was written at the lowest emotional space I have ever been in. It is about the act of placing drapes on the wall to cover the reality of the beauty of the world that I was unable to see. I was lost in a world of fantasy that was covered by gold threads but was constantly fighting the images of a past that kept me trapped in emotional chains. The drapes still hang on my wall, and were the subject of a portrait I was featured in by photographer Danny Fulgencio for a 2011 interview in The Oak Cliff Advocate. https://oakcliff.advocatemag.com/2014/07/moonlighters/ This was my own little Factotem.

LC: Which poem from the collection was composed the most recently?

OS: The most recent poem is ‘Saving Snow White’, which is the last poem in the book. It has the resolve and strength that the first poem’s voice was searching for. The chronological spread of the two span almost 20 years in the development of the body of work. I am thankful that my editor, MH Clay, was able to see the progression and find the story that tied all the pieces together.

LC: I think all writers have obsessions. What are yours?

OS: People? I think that maybe I am the kind of person that can fall in love with anyone, and does quite frequently. It isn’t odd to find myself composing poems for strangers on the bus, or for the new poet I may have seen perform at a local open mic. I love to hear voices and try to mimic them to myself. I am a master at eavesdropping just for the delight of conversation and dialog. I love storytellers and gravitate to them naturally.

LC: How does the DFW poet community affect your work? How do you envision your role in the community in terms of your identity as a poet?

OS: I feel very influenced by my peers and mentors in the DFW poetry community. I have been an avid participant and organizer of open mics in the area now for almost 25 years. In the early days of performance I was astounded by the works of local poets Clebo Rainey, GNO, Jason Carney, Cj Crit and her Angry Girl Sextet, Question Authority, Fran Carris, Paul Sexton, Megan Harris and my beat papa Dick Sevrens. These poets took me under their wings and gave me time and guidance to help me find my voice. Today I find myself surrounded by great talent and drive that the new generation of poets brings to the community. I know that I would not have been inspired to make this collection happen without Mad Swirl and the poets I love who are involved in its incredible creations. I am also very influenced by the local music scene that for me is anchored by Jeff Liles and his curation of The Kessler Theater, and by Tradewinds, an amazing spot for local indie and experimental bands to spread their talent.  Being surrounded by all these influences has made me want to be a mentor and an open heart for others as they were to me. I host open mics, and am a part of WordSpace, in hopes that if it is someone’s first time, that it is as memorable and warm as mine.

LC: What’s the most recent book of poetry you’ve read?

OS: No Dictionary of a Living Tounge by Duriel E. Harris 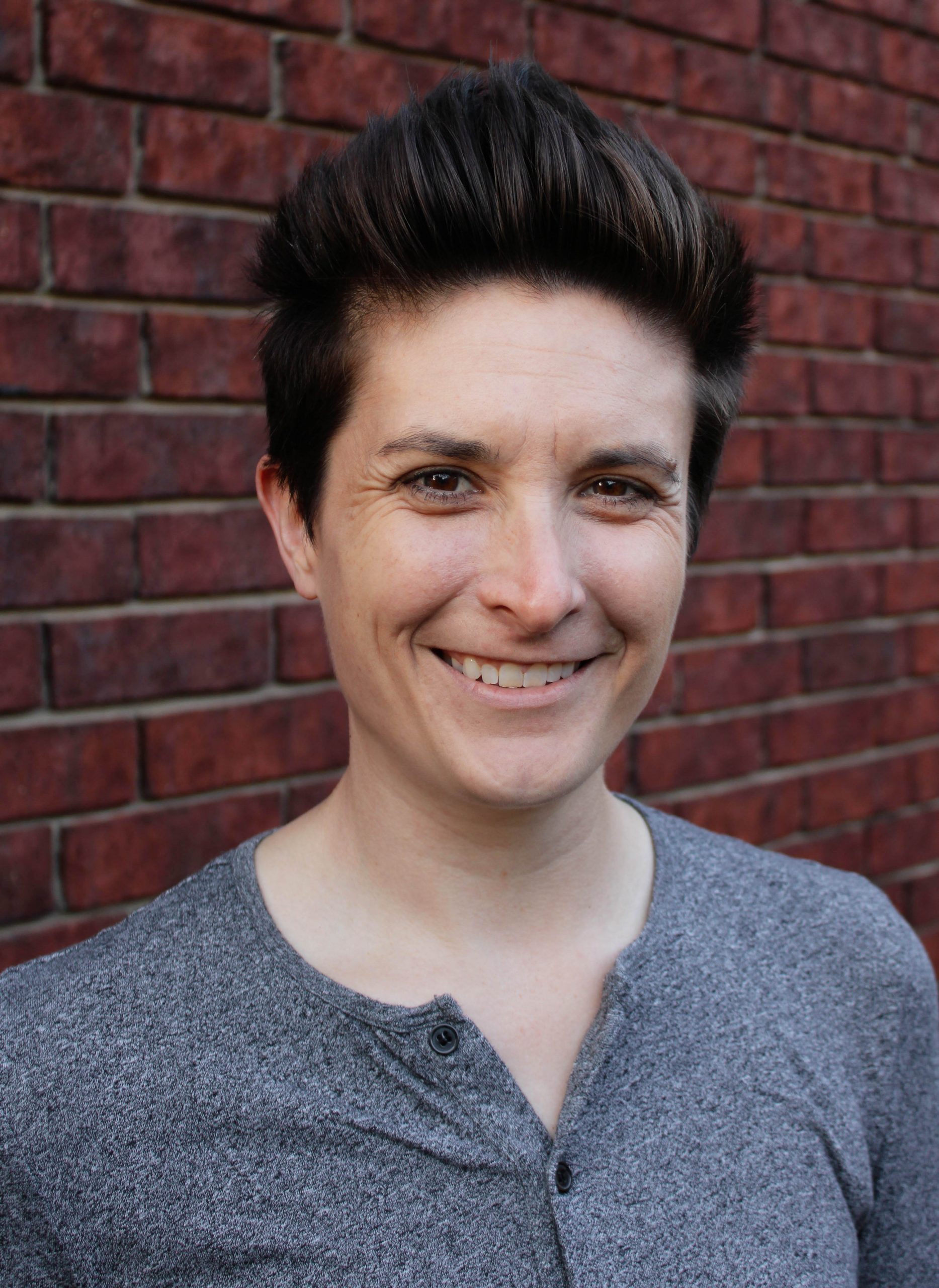