John Ashbery passed away on September 3 at the age of 90. I can’t imagine him heeding Dylan Thomas’s call to “rage, rage against the dying of the light.” 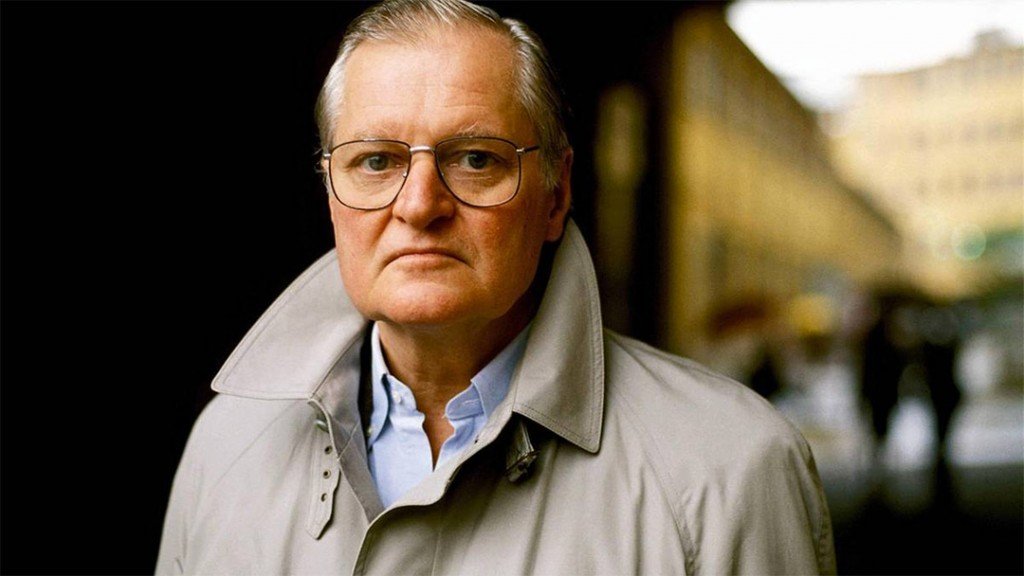 John Ashbery in 2007 Via Stern

John Ashbery passed away on September 3 at the age of 90. I can’t imagine him heeding Dylan Thomas’s call to “rage, rage against the dying of the light.”

He didn’t demand attention or aim to shock the reader. He merely wanted his poems to supply an indirect refraction to one’s own environment, a little background music, inconspicuously moving and taking on new forms. “You don’t really have to pay that much attention to it [my poetry],” he once said. “It’ll be doing its job if you are just intermittently aware of it, and thinking about other things at the same time.”

Like a pinpoint of a smile, a spark
Or star one is not sure of having seen
As darkness resumes. A perverse light whose
Imperative of subtlety dooms in advance its
Conceit to light up: unimportant but meant.
(from Self-Portrait in a Convex Mirror)

“Unimportant but meant,” his words flicker like a candle that provides light, depth and warmth to a room without presiding over its space.

Although he wasn’t looking for attention, he got it anyway. Ashbery won nearly every major American award for poetry. His 1975 collection, Self-Portrait in a Convex Mirror, was the rare winner of the American book world’s unofficial triple crown: the Pulitzer Prize, the National Book Award and the National Book Critics Circle prize. In 2011, he was given a National Humanities Medal and credited with changing “how we read poetry.”

Ashbery was not one to impose an interpretation on any artistic work, not even his own.

But you see, everyone reads his poetry differently. Ashbery was not one to impose an interpretation on any artistic work, not even his own. He liked that each person came at a poem differently, dependent on circumstances and experiences. That his poems were refracted through many heads and ideas. That each poem was reimagined, emerging as a new entity with each reading—even for the same reader.

This got me thinking. How do I read his poetry, or any kind of poetry? First, I read a poem without aiming to get at any sort of meaning. I let rhythms, colors and sensations flow through me, gravitating towards certain ideas over others. Then I read it again, this time for meaning, analysis or critical connections. You might say I read first as a child, for pleasure rather than scrutiny. Then, the adult reader comes in to make sense of it all. I’m just guessing here, but I think Ashbery may have preferred the first kind of reading. Simple in nature. Joy-filled and unpretentious. Not at all questing towards mastery. In fact, Ashbery’s verse acknowledges the limits of language in Self-Portrait: “Just as there are no words for the surface, that is/ no words to say what it really is,” the thing itself isn’t superficial. There is still a visible core. And so our grasp at knowing isn’t everything, but it’s not futile either.

Ashbery’s husband, David Kermani, used to say that he had a childlike quality, and Ashbery also said that about himself. He went through episodes of sadness and depression as we all do, but he rarely lost his temper. He was shy and wary of imposing. This is how I see his poetry—wary of imposing yet offering itself up wholly to the reader. The opposite of intrusive. Ashbery seems to see and enables us to see with the eyes of childhood, before our vision grew cloudy with experience, when objects like a pencil case or a stamp seemed charged with meaning, and a rubber ball bouncing off a wooden floor seemed as thrilling as the discovery of a new planet in our solar system. Explicit as a star.

When Ashbery set out to write a new poem, he got things started by seeking out random encounters. He might read passages of a book, or take a stroll around the city, or wander around shops or alleyways, allowing people or thoughts to bump up against him gently. Clearly in search of the ordinary, he once said, “for a long time a very prosaic language, a language of ordinary speech, has been in my poetry. It seems to me that we are most ourselves when we are talking, and we talk in a very irregular and antiliterary way.” The pathos and vitality of ordinary human speech contained poetry. It was enough.

When I read Ashbery, I see him as a Romantic. (Confession: I find the Romantic in so much of what I read—having studied Romanticism and having identified myself with its core tenets). The Romantics upheld the common language of the everyday man, the worker tilling the fields, the beggar traversing worn pathways. These poets were considered radical at the end of the 18th and early 19th centuries. William Wordsworth, in particular, viewed the commonplace as if through the eyes of a child—finding meaning in what was considered simple. William Blake illuminated his poetry to capture the essence of childhood in brilliant colors and forms—the period of radical innocence before experience, the time when everything contains joy or the implication of joy.

Just like the Romantics, Ashbery uses common language to locate poetry all around us. Some of his everyday subjects include the farm or the river or the sand pail. He looks into an ordinary thing with excitement, a thing that would be neglected by the “child as an adult.” In the Sand Pail, for instance, Ashbery gives us many interpretive meanings “brought under the sand,” seemingly obscured by the multitude but brought to new light by a poet who can see through the lens of childhood: “a footprint directs traffic in the center of flat crocus plaza as the storm incurves on this new situation. Why are there developments? A transparent shovel paves, ‘they’ say, residual elastic fetters pictures of moments brought under the sand.” The poet questions, as a child, “why? . . . why? . . . why?” in order to understand more of his world.

Above all else, the Romantic poet exalts the imagination. Reality need not filter through the imaginative impulses of the poet and neither the stench of politics. Ashbery sees fresh and without hindrance, without the need to overcomplicate. He trusts in his vision and plots out its course with every line. In Marchendbilder, Ashbery writes, “Sometimes a musical phrase would perfectly sum up the mood of a moment” (59). Music, the purest form of expression. In Self-Portrait in a Convex Mirror he writes:

That is the tune but there are no words.
The words are only speculation
(From the Latin speculum, mirror):
They seek and cannot find the meaning of the music.
We see only postures of the dream,
Riders of the motion that swings the face
Into view under evening skies, with no
False disarray as proof of authenticity.
But it is life englobed.

Ashbery once said he liked “the idea of being as close to the original thought or voice as possible and not to falsify it by editing.” You could say originality was itself “life englobed.” He aimed at the purest form of expression and hesitated to change its authenticity even while acknowledging its limitations. And like a typical Richard Linklater film, Ashbery was more concerned in the movement among ideas than in the ideas themselves. The way one moves—literally or figuratively—from one place to another without any regard for destination or even origin. Ashbery once explained to the Times in London, “my poetry imitates or reproduces the way knowledge or awareness comes to me, which is by fits and starts and by indirection. I don’t think poetry arranged in neat patterns would reflect that situation.” And neither would life itself.

Ashbery conditioned himself to write at almost any time. “Sometimes it doesn’t work, but on the whole I feel that poetry is going on all the time inside, an underground stream. One can let down one’s bucket and bring the poem back up.” It was important for him to try and write when he was in the wrong mood, or even when something like the weather was wrong. Even if he didn’t succeed, he’d be developing an important muscle. It was a question of practice, the practice of finding poetry in everyday life, in everyday human communication. And with practice, the process got easier.

So this is what Ashbery’s poetry teaches me: the importance of practicing at many things. And this starts with awareness. The awareness of how I read poetry, which remarks on how I read life. The how comes from the why so that there is always intention. 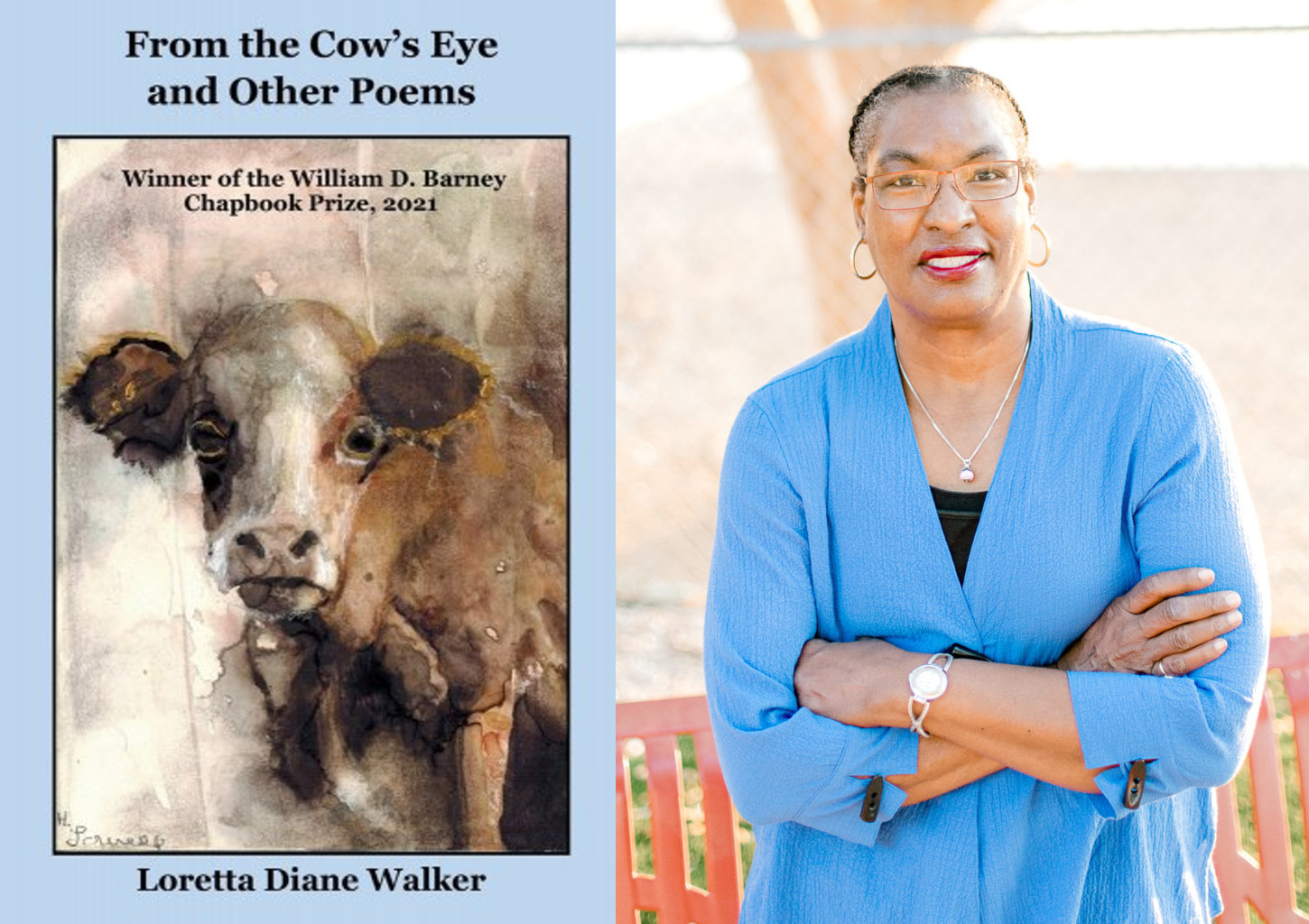