At the 2012 Olympic Games in London, every country sent at least one woman competitor. An unprecedented event. In Rio de Janeiro last year, 45% of the 11,000 competing athletes were women. But more than 120 years ago, before Serena and Venus Williams, Katie Ledecky and Simone Biles were household names, the Olympic Games prohibited women’s involvement. There just wasn’t any space for women in the collective “public sphere.” 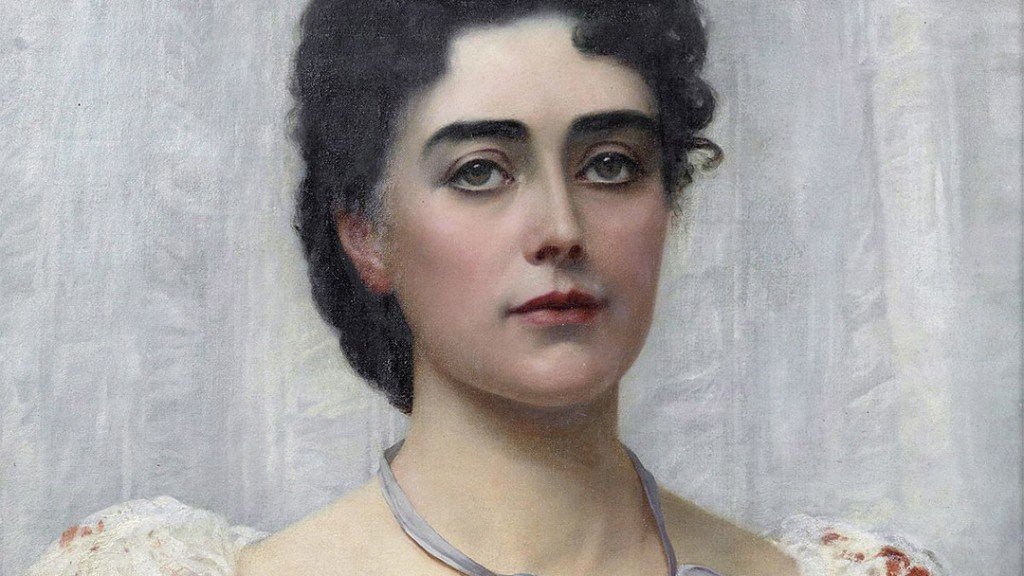 At the 2012 Olympic Games in London, every country sent at least one woman competitor. An unprecedented event. In Rio de Janeiro last year, 45% of the 11,000 competing athletes were women. But more than 120 years ago, before Serena and Venus Williams, Katie Ledecky and Simone Biles were household names, the Olympic Games prohibited women’s involvement. There just wasn’t any space for women in the collective “public sphere.”

In 1896, founder of the Olympic movement Baron Pierre de Coubertin said the Games were created “for the solemn and periodic exaltation of male athleticism” with “female applause as reward.” But Walt Whitman didn’t see it that way. His poem, A Woman Waits for Me (Leaves of Grass 1855), was clearly ahead of its time. In the poem, he describes the attractive robustness of what he perceived to be the ideal woman:

They are not one jot less than I am,
They are tann’d in the face by shining suns and blowing winds,
Their flesh has the old divine suppleness and strength,
They know how to swim, row, ride, wrestle, shoot, run, strike,
retreat, advance, resist, defend themselves,
They are ultimate in their own right.

Whitman’s poem paves the way for the ‘New Woman,’ who at the turn of the twentieth century pushed against limitations society imposed on women. The ‘New Woman’ demanded not just legal, political, educational, and employment rights, but also physical freedom from the stifling inactivity of ladyhood. She demanded the right to liberate her body, to wear more comfortable clothes, to play outdoors, to compete in sports. Whitman’s provocative collection of poems was published in mid-nineteenth century America, just as the New Woman movement started taking shape on both sides of the Atlantic.

Ethel Brilliana Alec-Tweedie (whose name initially drew me to her) was a British journalist, travel writer and New Woman in her own right. She defined the European northern periphery for British readers towards the end of the nineteenth century and saw Scandinavia’s natural environment as a catalyst for female mobility. The challenges of coping with a northern climate made her more an adventurous and athletic ‘New Woman’ than a mere tourist.

When she encountered female peasants ploughing the rocky soil by hand in Finland, she considered their “hard struggle for existence.” Women seemed to age prematurely given the harshness of their surroundings, but that also made them strong. Alec-Tweedie absorbed this strength and applied a muscular willingness to participate in their sports and customs. In her first travel book, A Girl’s Ride in Iceland (1889), she abandoned the side saddle in favor of riding ‘man fashion,’ as Icelandic women did:

“The crooked position of a side-saddle—for one must sit crooked to look straight—is very fatiguing to a weak back, and many women to whom the exercise would be of the greatest benefit, cannot stand the strain; so this healthy mode of exercise is debarred them, because Society says they must not ride like men. Society is a hard task-master. Nothing is easier than to stick on a side-saddle, of course, and nothing more difficult than to ride gracefully. For comfort and safety, I say ride like a man.”

Her book questioned societal constraints and made her travel narrative as much about female emancipation as about cultural exploration.

Years later, Alec-Tweedie wrote about saunas, which, for Finns, was a customary escape from the chill climate and active lifestyle, but one that also violated a set of Victorian social and moral norms; it involved mixed, nude bathing. Alec-Tweedie and her sister, though testing the limits of female sexuality, loosely held to standards of Victorian decorum. They bathed in suit and cap, which attracted the attention of nude, Finnish spectators “thoroughly enjoying the joke. They laughed and they chatted, they pointed, they waved their arms, and they evidently considered our performances most extraordinary” (Through Finland in Carts, 1897). Alec-Tweedie clearly credited cultural customs that appeared more forward-thinking than her own.

As the British Empire expanded, the increasing cultural importance of athleticism promoted the cause of the sportsman. By the 1890s, British society no longer considered the notion of a sporty lady as completely paradoxical. Women were cycling around European capitals by then and adopting the latest fashion, bloomers, which was popularized by Amelia Bloomer of the USA. In her writings on Scandinavia, Alec-Tweedie presented herself as one such sporty lady, for example joining the ranks of Norwegian men and women on skiis—’skilobning’—and matching their speed and skill fairly quickly. Tweedie’s ethnographic study of the North allowed her to comment on her home culture, while urging her fellow countrywomen to adopt more active lifestyles as prescriptions for greater freedom.

She placed the North, a relative Terra Incognita, on the landscapes of the European imagination and associated it with modernity in the form of its emancipated women. She admired “the wonderful way in which women have pushed themselves to the front and ceased to look upon matrimony as the only profession open to the sex” (Through Finland in Carts), assuming occupations in teaching, home construction, medicine, and agriculture. “As no country is more democratic than Finland, where there is no court and little aristocracy,” she observed, “there is no law to prevent women working at anything they choose.”

Alec-Tweedie found it remarkable that in Finland the “endless sex question is never discussed. There is no sex question in Finland, men and women are practically equals, and on that basis society is formed” (Through Finland in Carts). Her later work, Women and Soldiers (1918), emphasized the importance of women performing the tasks of men during the Great War. Her observations of turn-of-the-century Finnish women worked as an informal rehearsal for the more radical views she would adopt, when she argued that women should be allowed to fight alongside men in the trenches of the Western front, despite the fact that both her sons died fighting in this very war.

Alec-Tweedie made her own money, too. Her travels to Norway (1896) and Finland (1897) were prompted by the need to make an independent living for her family. She and her sons, Leslie and Harley, were left with no settlement when her husband died in the summer of 1896, and their situation worsened when Tweedie’s father, the physician Dr. George Harley, died soon after, also leaving her without a settlement. The disjoint between Tweedie’s personal turmoil and sprightly narratives, then, withold the true economic factors motivating her travels.

It is a commitment to travel and to women that surfaces through Alec-Tweedie’s exploration of a Scandinavian culture tied to the everyday life of winter sports. And a history of women’s sport is a history of women’s struggle to free their bodies over the past centuries, which extends into wider physical, social, cultural, economic and political gains. As an independent woman traveling in remote regions, Alec-Tweedie advocated an autonomy of travel writing and of women’s lives. She emphasized the mobility which Scandinavian climate afforded its women and offered models of improvement for women back home. Like Venus and Serena, Katie Ledecky and Simone Biles, Alec-Tweedie deserves to be a household name. She helped pave the way.