In July, Charles Dee Mitchell wrote an excellent article on this blog entitled “Enough with the Tomes: 4 Authors to Read in an Afternoon.” However, despite its excellent recommendations, the reverse position deserves an ardent defense. 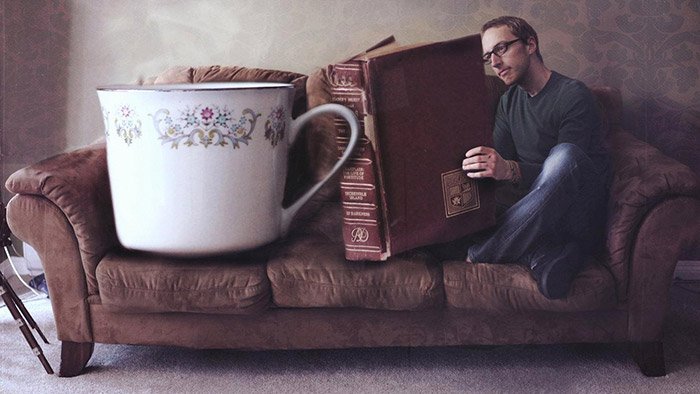 In July, Charles Dee Mitchell wrote an excellent article on this blog entitled “Enough with the Tomes: 4 Authors to Read in an Afternoon.” However, despite its excellent recommendations, the reverse position deserves an ardent defense.

First, you can’t simply ignore the incredible optics of having a well-worn copy of Anna Karenina occupying space on your bookshelf—not to mention the allure. Imagine the scene–some post-grad party, your eyes flitting to the Ikea Expedit, when you see an earmarked Middlemarch. You engage your host, trying to catch him or her in the lie. “How did you come to find Mr. Eliot then?” “Oh, I wouldn’t know about Mr. Eliot. Mrs. Eliot, on the other hand…”  And just like that, your heart captured by a booklover. And not just any studious bookworm, but you’ve fell under the spell of one that appreciates the benefits of conspicuous literary consumption. Nevermind a convertible—give me the cracked spine of 2666 any day.

“You can never get a cup of tea large enough or a book long enough to suit me.” ― C.S. Lewis

Second, a tome weaves a tale given room to breathe, to sink into the heart of a reader. You watch an entire season of Breaking Bad in a 13-hour binge. In the same time you could crack through half of J.R. or probably even finish Look at Me. But the analogy doesn’t stop there—as stated best by David Lynch with regards to the inimitable Twin Peaks, “I fell in love with television for the purpose of telling a long story and staying with characters and getting some depth.” The same can be said for the tome. Many of your favorite books already fall into this category. The seven-part novel Harry Potter perhaps? The Lord of the Rings? The Girl with the Dragon Tattoo series? These are modern-day tomes, lengthy stories that allow characters to breathe and develop and become a part of the reader.

Lastly, finishing a tome is the literary equivalent of running a marathon—complete with the commensurate satisfaction. Think that for every tome you finish, you can (and should) throw yourself a party—I prefer to use props and costumes. Break out your eyepatch and white suit for the Ulysses party, or hang a few Fabritius prints for the Goldfinch shindig. Join a book club for the purpose of encouraging your partners through the process, and celebrate together at the end. It’s an intellectual achievement that far fewer people can master in this day and age—and you’ll have to deal with far fewer annoying joggers in the meantime.

In the spirit of encouragement, here are four of my favorite lengthy tomes. I’ve paired each with a season, as that’s traditionally how long each will take to complete. However, every one is very much worth the toil.

The 2013 Man Booker Prize recipient distinguished itself not only due to its length, but also the young age of its author, Eleanor Catton, only 28 at the time of its publishing. An elaborate mystery taking place on the New Zealand shores during a late-1800s gold rush, the characters are assigned celestial bodies that dictate their actions as if divined by the stars themselves. Walter Moody, fresh off the boat and chilled to his bones by a dreadful scene left spoken on the ship-ride to shore, stumbles upon a secret meeting of 12 men, each of whom serves as a cog in the bloody, terrible tale of the Godspeed.

A more stunning sophomore novel you’ll not find anywhere. Catton absolutely floors the reader with her command of language, moving through each sentence like an expert stunt pilot. Perfect for chilly mornings, rainy afternoons, and candle-lit evenings. All told, a book for your Fall. 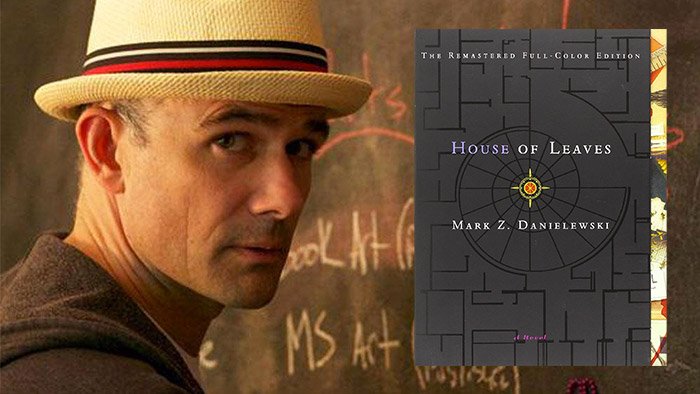 Winter
House of Leaves by Mark Z. Danielewski (709 pages, give or take)

Before the hype and its requisite backlash, before the weird experimentation of Only Revolutions or The Familiar, Danielewski was an English literature graduate from Yale hell-bent on rewriting the rules of fiction. The cult classic House of Leaves might have just done the trick. The story begins with a down-and-out tattoo apprentice, Johnny Truant, who discovers a bizarre set of documents in a dead blind man’s apartment. The documents, reprinted with all typographical honesty, compose a hyper-literate critique on a fictional film known as The Navidson Record, which tells about a family living in a home in rural Virginia that the family discovers is larger on the inside than out. Teaming up with a group of hired adventurers, the family begins to explore the horrifying depths of the home. All the while, the bizarre film critique threatens to bleed into the real world of Johnny Truant, who slowly finds his reality collapsing around him.

Equal parts horror story and thriller, House of Leaves remains one of the most frightening reading experiences I’ve ever had the pleasure of enduring. You’ll find yourself decoding letters from the book’s fictional mental patient (literally and seriously) as you dig deeper and deeper into the layers of metafiction the book reveals. A firm Winter read, fantastic for dark, stormy nights, icy days off from work, and burning the midnight oil at your favorite coffee shop. 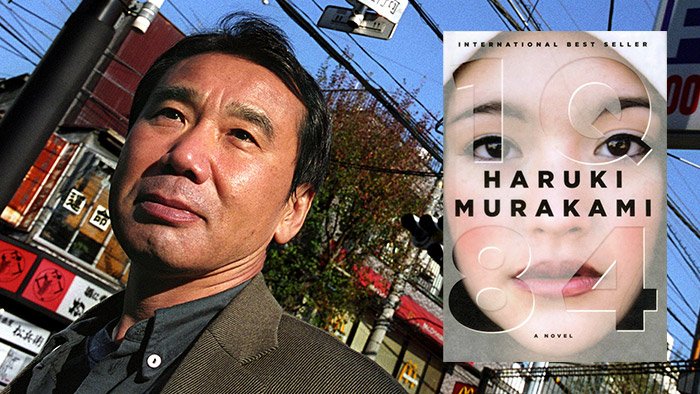 A sequel of sorts to The Wind-Up Bird Chronicle, 1Q84 combines Murakami’s penchant for meditative storytelling with a mastery of world building, creating parallel universes that place their characters on a crash course. A Tokyo assassin begins to notice subtle changes in the world around her, leading her to believe she’s crossed into an alternate reality, while a young writer becomes embroiled in the bizarre past of a radical commune. The two stories slowly drift towards each other, careening silently forward on a collision course. All the while a grotesquely ugly man begins to follow their moves. The book, truly defying expectations and assumptions, begs to be carefully considered.

All in all, 1Q84 appeals to Murakami fans and first-comers alike. Those attracted to his more fantastical pieces, like Kafka on the Shore, will have plenty to like, while those into the more meditative, spiritual aspect of works like Norwegian Wood will find much to enjoy as well. And for those who’ve never heard of the author before, the book offers a crash course in classic Murakami. Perfect for afternoons in the park, long morning brunches, and warm evenings on the porch. 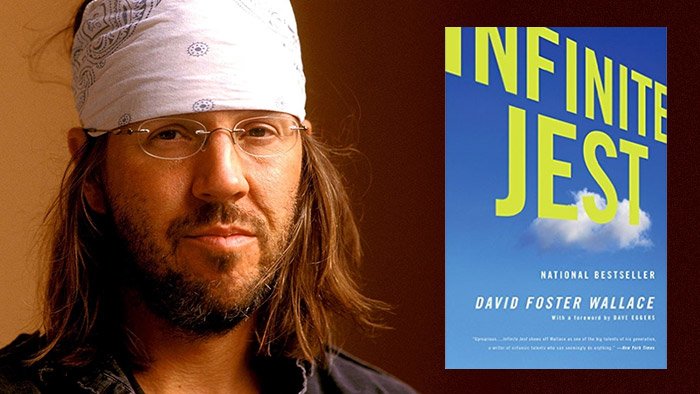 The granddaddy of all tomes, the one book you’d much prefer to say you’ve read than actually take the time to read, this classic post-modern mess throws everything at the wall and somehow manages to completely, earth-shatteringly, and hauntingly stick. The story bounces from one end of the spectrum to another, from an elite tennis academy to a drug rehabilitation facility, to the Arizona desert, to the lair of wheelchair-bound Quebecois-separatist assassins (yes, really), the tome truly deserves all the praise for its unique prose, and all the hand-wringing for its difficulty level. Suffice it to say, Summer alone might not be a long enough season—at least in my experience. That said, characters such as the marijuana-addicted, Oxford English Dictionary reciting Hal Incandenza or the veiled and deformed-but-perhaps-not radio personality Joelle Van Dyne, aka, Madame Psychosis, will stay with you forever. The plot is loosely constructed around a mysterious film, the viewing of which so entertains its audience that those who view the film cannot ever think about anything but viewing it again, eventually succumbing to starvation, eyes glued to the screen.

A meditative and heavily foot-noted ode to American entertainment, what initially was cast off as a fascinating curio lacking true heart has become a testament to the incredibly soulful work of the late Wallace. Well worth the read. Best for reading by the pool, shading yourself under a tree, or schlepping it in your backpack on your summer vacation—the exercise is an added bonus.

These four novels hopefully won’t take up your whole year, but if so it’ll be a year well spent. With e-books making publishing easier and easier, I expect the tome isn’t going anywhere soon. It’s well worth the effort though. Persevere through the many chapters, and you too will have a sure-fire story starter taking up residence on your bookshelf. 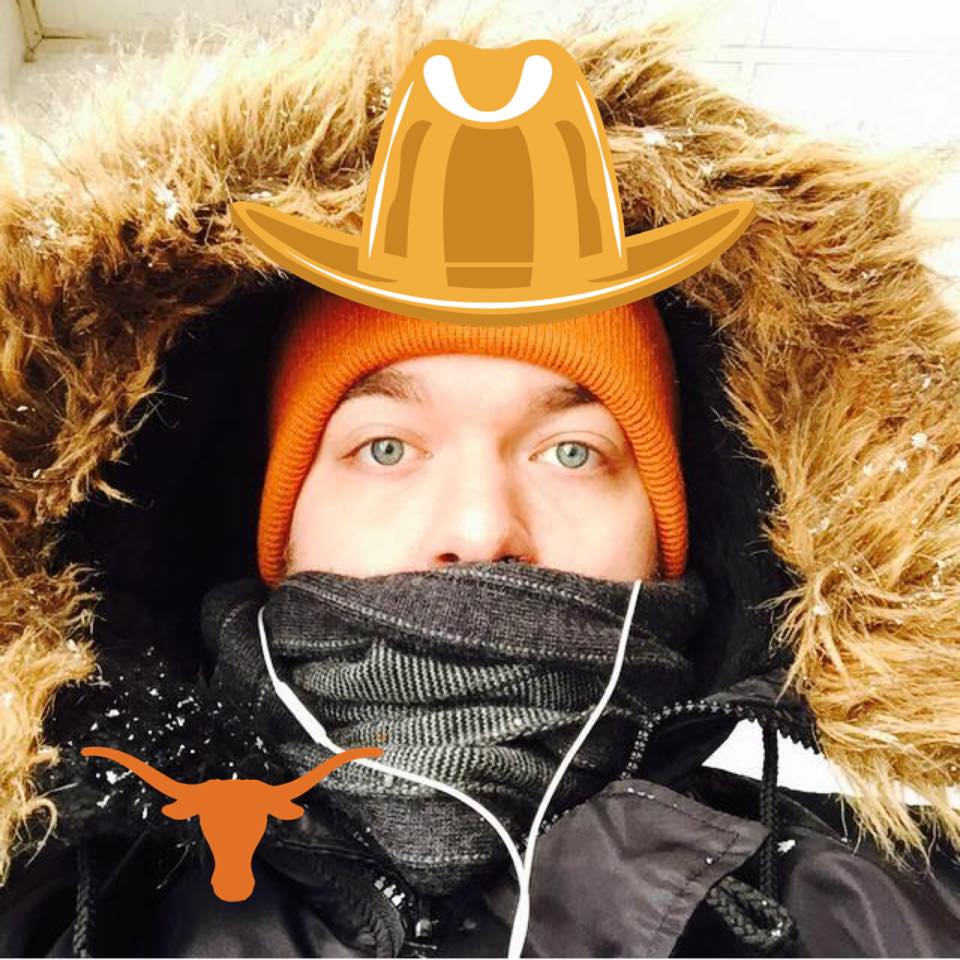