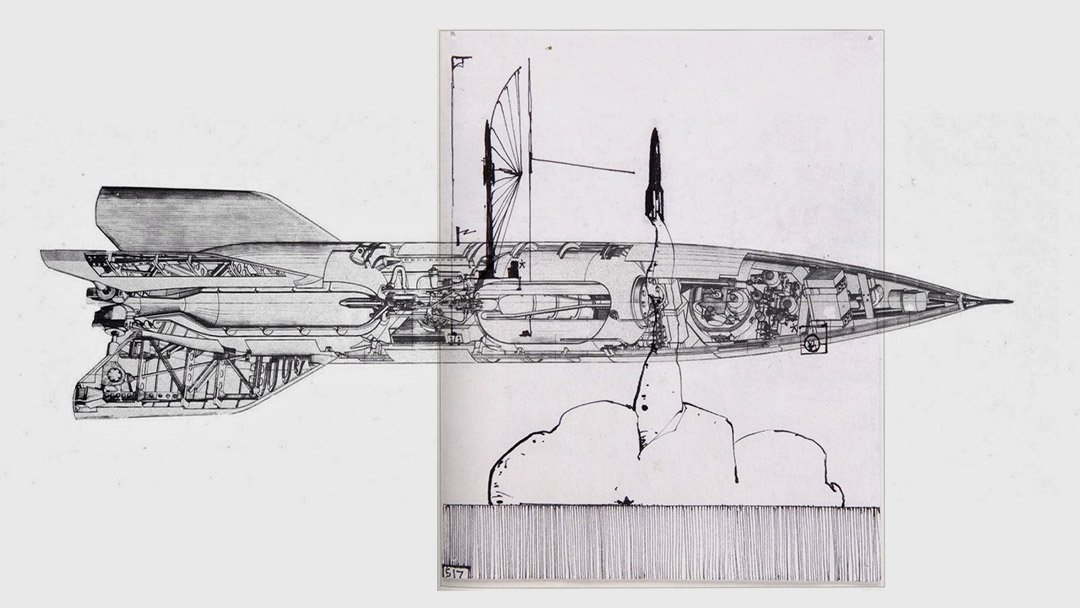 Back in 1973, The New York Times titled its review of Gravity's Rainbow by Thomas Pynchon as follows: One of the Longest, Most Difficult, Most Ambitious Novels in Years. Here comes

Back in 1973, The New York Times titled its review of Gravity’s Rainbow by Thomas Pynchon as follows: One of the Longest, Most Difficult, Most Ambitious Novels in Years.

For those who need a bit of context, this is The Wild Detectives’ third challenge after Infinite Jest and Ulysses. So you get the gist.

Lengthy, complex, and featuring a large cast of characters, Gravity’s Rainbow narrative is set primarily in Europe at the end of World War II, and centers on the design, production and dispatch of V-2 rockets by the German military.

Despite its complexity –or maybe because of it– the novel is considered by some critics to be one of the greatest American novels ever written.

Starting on Wednesday, January 2, we’ll read Gravity’s Rainbow over the season at an expected progress of 10 pages per day. The plan is to finish –and have a big party– on Saturday March 23, the first Saturday of spring.

There’s no need for you to have anything read for the first meeting. On that day, John Bradley, the twisted mind behind this challenge and its irrefutable host, will give a brief breakdown about the book, its controversies, its infamy, and why we’ve selected it for our latest challenge.

As per usual, our meetings are held out front, at the large square table, every Wednesday evening for the length of the challenge.

If you can’t make the first or some of the weekly meetings, don’t fret! Just come when you can, and join in the fun. The most important thing is (altogether now) . . . . to persevere!

We’re looking forward to having you with us. There’s nothing we can’t achieve together. Not even postmodern parlance. 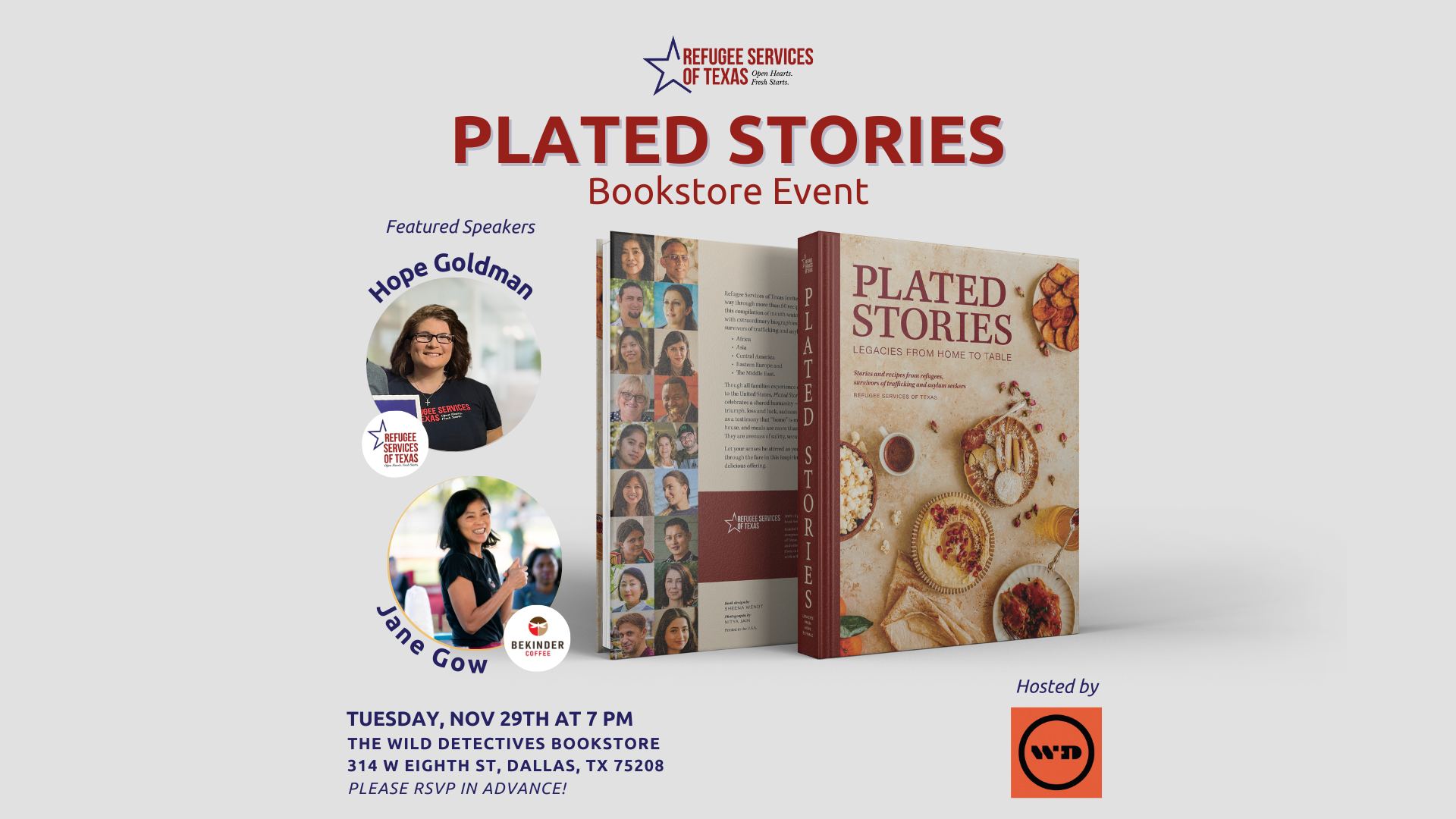 Refugee Services of Texas (RST), in collaboration with The Wild Detectives, invites you to learn more about our cookbook Plated Stories: Legacies From Home to Table, which features over 20

Refugee Services of Texas (RST), in collaboration with The Wild Detectives, invites you to learn more about our cookbook Plated Stories: Legacies From Home to Table, which features over 20 stories and 50 recipes shared by refugees, survivors of trafficking, and asylum seekers across the state of Texas.

During this event, you will hear about the journey the creative team took to create this passion project as well as insight into the work RST does for displaced people in Texas. You will also hear from cookbook contributor and founder of BeKinder Coffee, Jane Gow, as she shares her story and offers guests a Vietnamese Coffee demonstration.
This event is free and open to the public. Please RSVP in advance by clicking “Going” on this event page!

Please reach out to Hope Goldman at hgoldman@rstx.org with any questions. We hope to see you there! See less 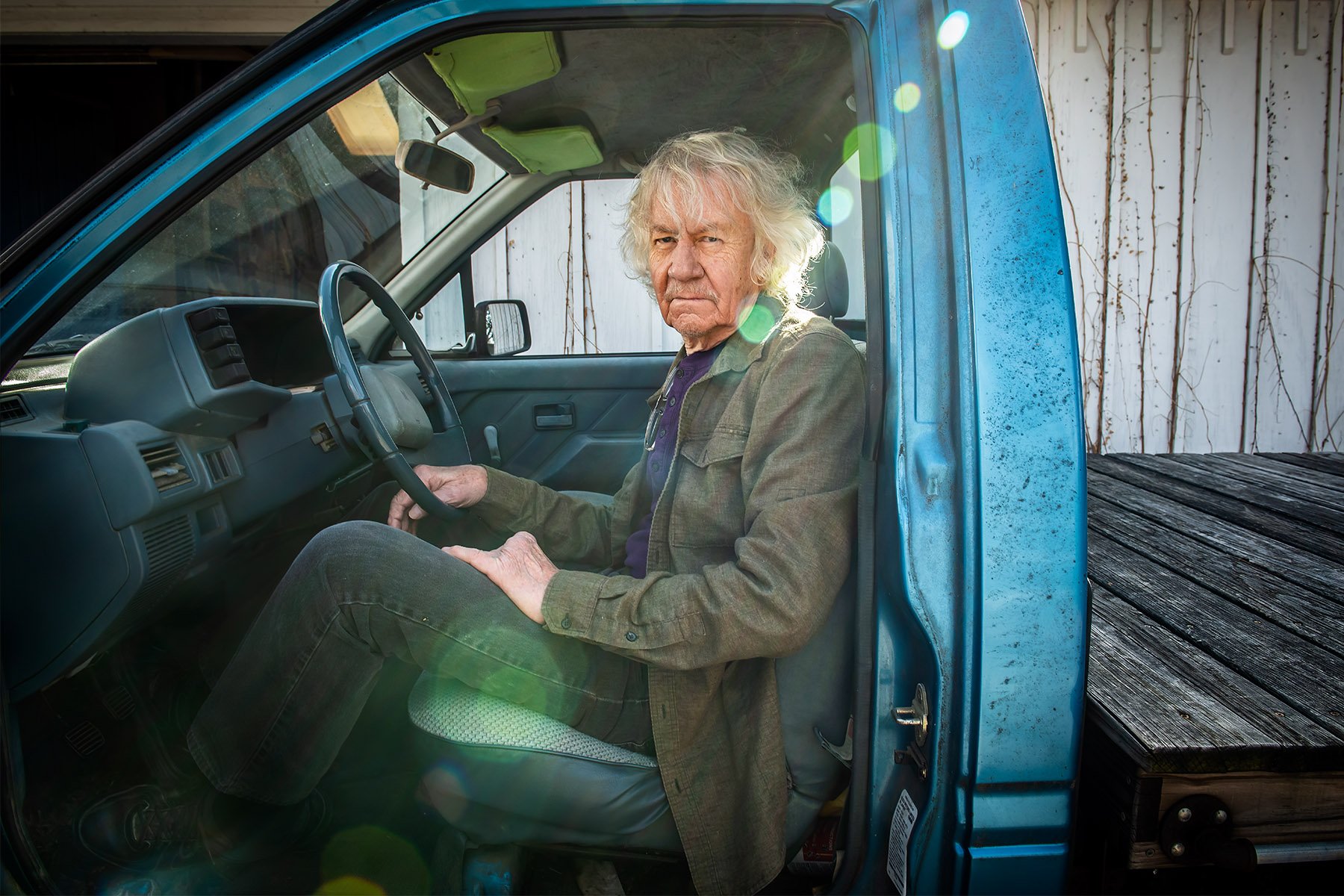 These stories, which first appeared as part of Coursey’s solo exhibition at The Pollock Gallery of SMU’s Meadows School of the Arts, demonstrate the artist’s fascination with the broken-down and discarded relics of industry and labor. Coursey’s stories are laced with humor, conspiracy, paranoia, and compassion, exploring the ripple effects of violence, the mystery of a car found in a well, house-boat culture, Texas landscapes of machinery and dust. Objects possess a totemic importance as Coursey catalogs the detritus of American culture.

These ornate vignettes present a colorful cast of characters and vivid scenery, demonstrating the author’s eye for detail both inanimate and human. Coursey spotlights work and deeds done by hand, and the artful, sculpted sentences reveal the writer’s care and facility as a linguistic craftsman.

Tim Coursey is a sculptor, graphic artist and one-time bronze founder with a failed fine art career. Once sought after as a faker of all sorts of antiques, he is best known at present for fine furniture design and manufacture, as a maker of church furnishings in wood and metal, and as a jeweler making one-off commissions, ecclesiastical bling and the like.

Meanwhile, Coursey writes. His somewhat dark debut novel Driving Lessons, with his illustrations, was published by Deep Vellum in June 2022. He lives in Dallas, Texas, currently working obsessively on a second novel. 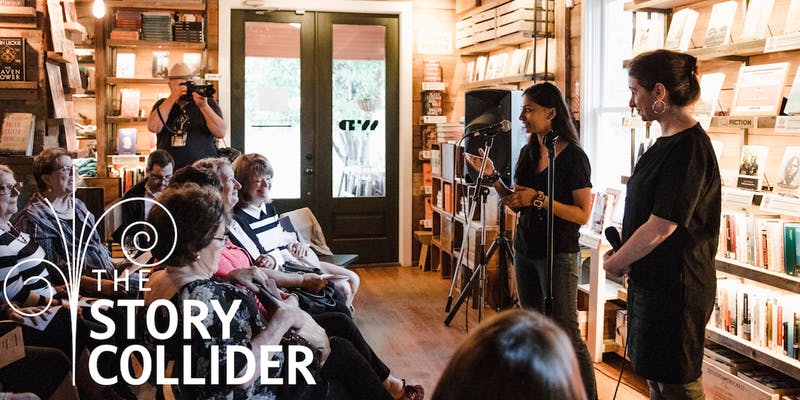 An evening of true personal stories about science from the community of Dallas, TX!

Sometimes our best laid plans go perfectly….and sometimes they require a quick shift, sudden decision, or even a whole new playbook. Four storytellers take to the stage to share a time that they had to pivot!

Chris Brown was born and raised in Detroit, MI. He’s always had an affinity for animals, but especially for dogs. Chris spent most of his early childhood sneaking into neighbors’ yard to play with their dogs, and gravitated toward the dogs that all the adults and other children were afraid of. In turn, those same dogs became Chris’ protectors. Chris’ grandfather nurtured the growing passion and began teaching him how to groom desired behaviors even in tiny puppies, and Chris’ uncle introduced him to his first protection dog, a Rottweiler/Dobermann mix that showed just how well trained a dog could be. It was invigorating. Dog training became a hobby that persisted into adulthood, and eventually grew into a successful business. Chris’ dog training business is now based in Dallas, and he has partnered with a local rescue where he educates both fosters and adopters. Chris and his wife Kay share their home with three lively (former) street dogs, Ellie, Rogue, and Terror.

Emma DeVine is just your average bilaterally symmetrical coelomate. When she’s not busy chasing after her middle school students for their homework, getting shoes stuck in trees unstuck, or cooking up a new science experiments to try out with her 7th and 8th graders, she enjoys spending time with her husband and incredibly spoiled corgi named Toby (also affectionately known as roommate #1 and roommate #2). One creates a lot of trash and the other eats the trash—you decide who is who. She’s obsessed with her dog (seriously, this woman indoctrinated a bunch of 12- and 13-year-old kids to worship her dog at school).

She recently spent the past summer working in a neuroscience lab studying Drosophila fruit flies and the relationship of neurons controlling metabolism and energy homeostasis. Emma also has experience working with zebrafish in the classroom and using them to model fetal alcohol syndrome with her students. Small talk with Emma usually revolves around fish and flies. She was recently named the 2022 Outstanding Rookie Science Teacher of the Year by the Science Teachers Association of Texas (STAT).

As a first-generation Chicano in STEM, Stacy Vasquez recognizes the importance of addressing the STEM achievement gap and creating an inclusive space that will inspire students from marginalized groups. His dissertation researched examined the impacts of a multicultural curriculum in a traditional microbiology course. With an academic background in microbiology, Stacy was always interested in learning how the discrete, scientific information was related to issues impacting society. Traditional microbiology courses often place heavy emphasis on rote memorization of discrete facts and focus very little on how the content relates to societal issues. The multicultural curriculum aimed to teach students about various social issues while still managing to teach the objective, scientific content. The relevant topics were intended to spark student interest in efforts to strengthen their academic performance. Stacy has continued implementing culturally responsive teaching practices in my other sciences courses, such as Human Anatomy & Physiology. 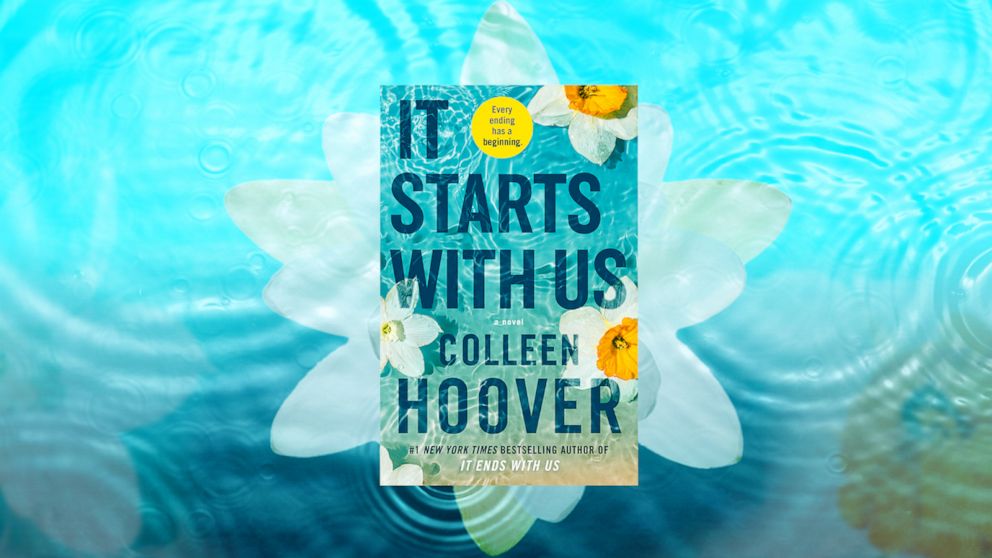 "The Kenzie Elizabeth Book Club - Dallas based influencer, Kenzie Elizabeth, is hosting a bimonthly book club at The Wild Detectives! Come hang, talk about the book, grab a

“The Kenzie Elizabeth Book Club – Dallas based influencer, Kenzie Elizabeth, is hosting a bimonthly book club at The Wild Detectives! Come hang, talk about the book, grab a drink & meet some new friends.” 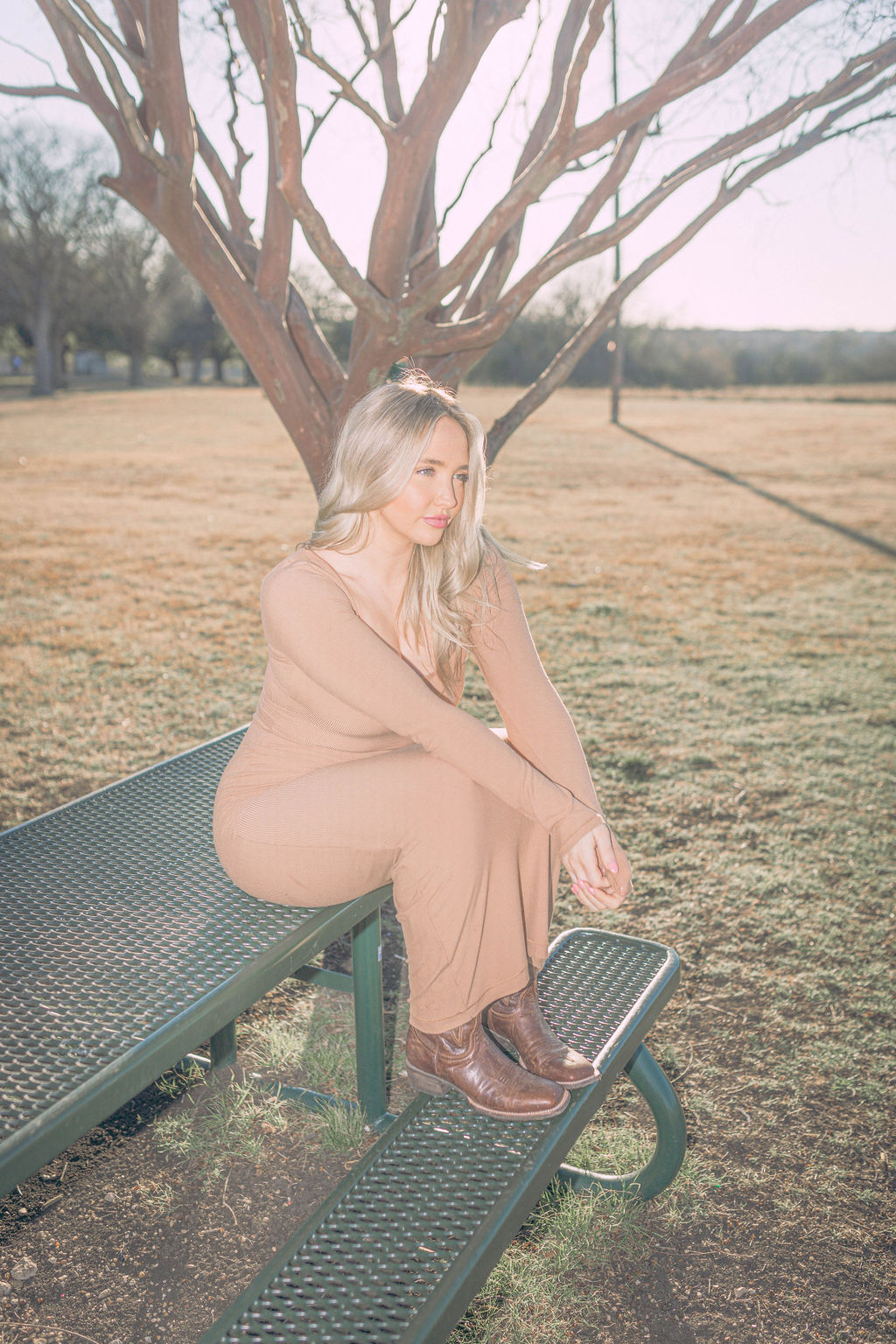 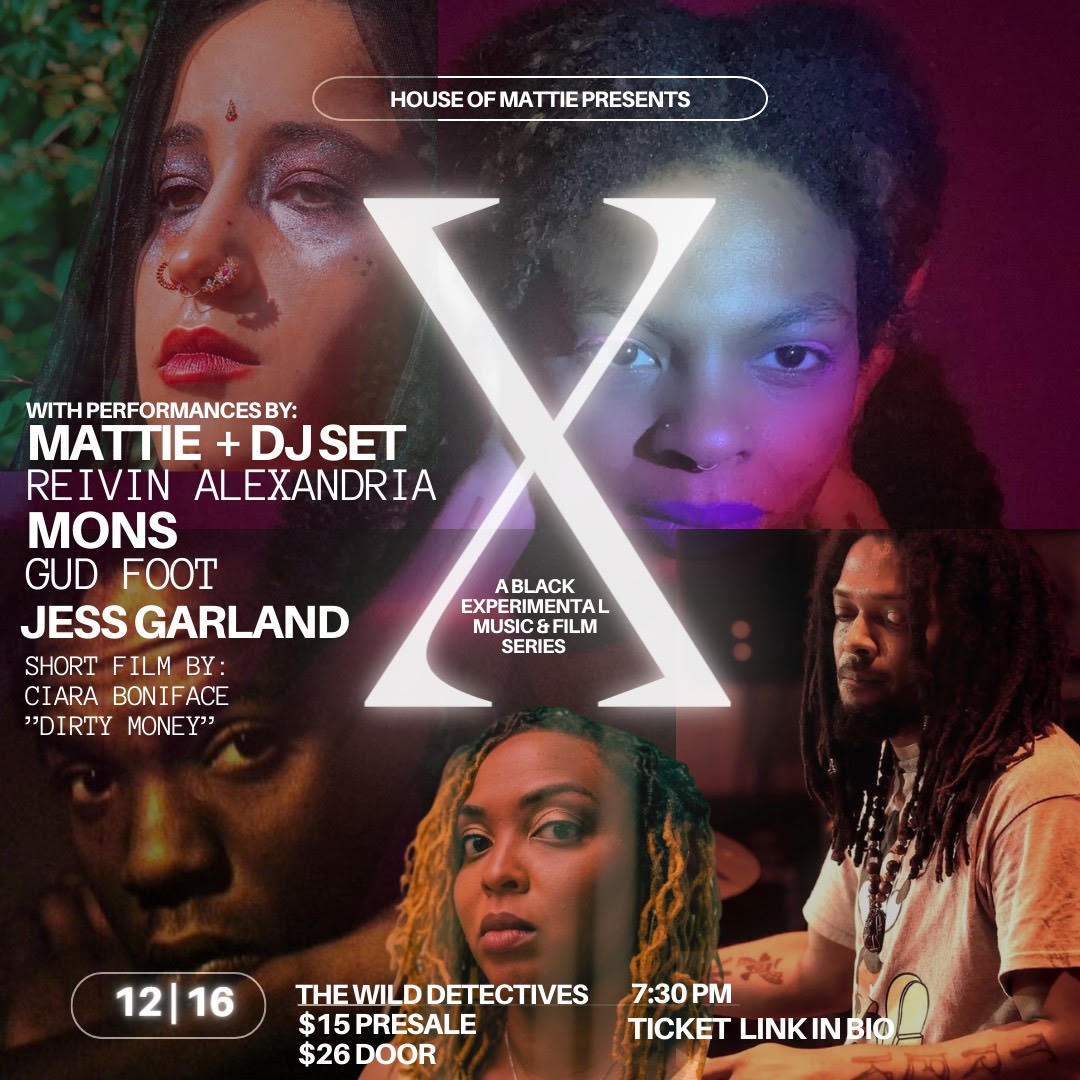 We feel honored to host X: the first event curated by one of Dallas’ fiercest artists, Mattie!

X is a celebration of an experimental arts scene emerging from the underground culture of the Southern African American experience. The diversity of music and film at X is rich in Southern culture, yet also embodies the modern expression of a global Afro-American influence; It embraces all Sexes, All Races, All Ages, and All Lovers of experimental Music and Art.