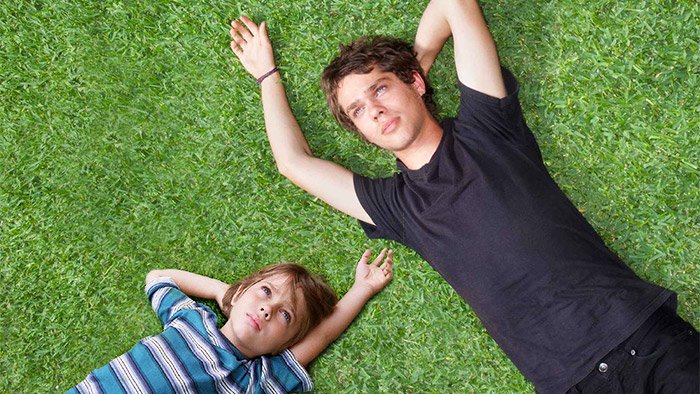 Staring at the clouds 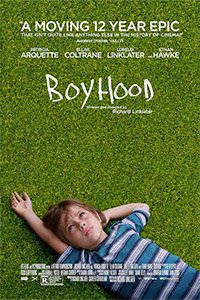 It’s 1896. A man plants his camera willing to take some documentary images from the street in the Lumière’s style -that is, simply shooting ordinary life in order to capture it as it is for just under a minute.

Suddenly, the camera gets stuck, and the film stops. The man checks the problem, fixes it, and after a while he keeps on shooting. Once he’s finished, he goes home, develops the film and when he projects it, he realizes that at some point, the Madeleine-Bastilla bus suddenly has become a hearse as if by magic.

The man is George Méliès himself, and he’s just discovered by mistake the power of montage or how film editing can control time.

Méliès was a trained magician and ran a Theatre in Paris before he bought one of the first cinema cameras ever built, fascinated as he was with the Lumière’s invention. He didn’t hesitate to invest in this gadget, state of the art by the time, because for Méliès this was the ultimate illusionist tool. And that’s what he used it for. To create illusions. In interrupting the shoot to juxtapose two shots filmed in different times he saw a technic for awe. Things could become other things in front of the audience’s eyes, things could disappear in an explosion of smoke… This was entertainment alright and one full of wonder.

“Escamotage d’une dame chez Robert-Houdin” (1896). We couldn’t find the film in which he shoots Place de L’Opera, but this is a good example of how Méliès used film edition as a tool to create illusions.

It’s 1899. The popular Henley Royal Regatta is happening on the river Thames. James Williamson, a former pharmacist, is following the boats carrying a camera. He stops and shoots for a few seconds, he walks a bit more, and shoots again. He keeps on doing it on his way to the goal line. At some point he even shoots from a boat parallel to the action (probably the first tracking shot in the history of cinema).

When he shows the movie, the audience can follow the different rowing teams from different points of view. Williamson had juxtaposed all his shots to show the whole race. It looks like you can also be ubiquitous if you can jump in time. Once you control time, you can control space.

One year later, Williamson recreated some events of the Boxers Rebellion in “Attack on a Chinese Mission Station” (1900). What’s interesting about this is how he tells the story in four different scenes. The time of the story is linear, but it happens in three distinct spaces. Various pieces of time taken from the reality that is subject to the shooting are put together in order to create one single timeline, the timeline of the story. A narrative.

“Attack on a China Mission” (1900). Of the four original shots the last two are lost. In this video you can see the first two that remain.

It’s 1909. Two men argue in the lab of Biograph Studios. One of them is Director D.W. Griffith and he’s listening to his producer yelling at him

What the producer is referring to is the audacious edition of “The Lonely Villa” (1909), in which two different actions happen in parallel, constantly jumping from one to the other. It’s a simple story, a woman and her daughters are attacked at home by 3 burglars. She calls her husband who is in town, and he runs back home to save her.

Griffith used the learnings from the Europeans, the juxtaposition of scenes and the change of point of view. But with this new cross-cut technique he brought his movies to a whole new level. This technique showed different actions happening in parallel, increasing by doing so, the dramatic tension of the piece. That’s Griffith’s great finding. By watching alternatively the scared woman and the worried husband, the audience was always wondering anxiously if he would make it on time. “The Lonely Villa” is probably the first thriller ever made. Suspense was here to stay.

During his entire career, Griffith pushed the narrative boundaries of the newborn art. He reached his highest point with “The Birth of a Nation” (1915) and “Intolerance” (1916) in which he established the foundations of the cinematic language. By giving moving pictures its grammar, Griffith emancipated cinema from theatre forever.

“The Lonely Villa” (1909), probably the first thriller of all time.

It’s 1925. Director Sergei Eisenstein repeatedly shoots a baby carriage descending the stairs from different angles. The whole stairway scene, in which the civil population runs away from the shooting of the czarist troops, is key to explain the events that lead to the rebellion of the battleship Potemkin. He knows that this scene has to be a dramatic climax. He already has an idea in mind to enhance the psychological distress of the scene, but to make it happen he needs as much footage as he can get.

In what seems the first example of shock cutting -a technique that brings some sort of staccato tempo to the editing- Eisenstein creates an almost unbearable dramatic tension by stretching the time of the action beyond its real duration. He pushes the time-bending capabilities of montage to provoke a stressful effect in the audience by disconnecting the movie time construction from the real duration of the action.

“Battleship Potemkin” (1925). The whole Odessa Steps scene goes for over 10 minutes. To go to the the baby carriage part go to minute 8:52.

The raw materials of film are light and sound. But movies are made of time. They are time reconstructed, and you could argue that this also happens in literature, or any kind of story-telling for that matter. But the difference lies in the fact that movies have to construct reality itself in order to represent reality. Stories are built with the very same material that we use to form our experience of the world, as movies are made of pieces of reality assembled together to tell a story.

French philosopher Henri Bergson, who saw in cinema a good example of how intellect grasps knowledge of reality, differentiated between two types of time; spatialized time and real time which he called Duration. Spatialized time is an abstraction, a construction and is divisible. Duration is time that flows, accumulates and is indivisible. Bergson related Duration with consciousness, the continuum of emotions, thoughts and memories that builds personal identity.

What Bergson calls spatial time is inherent to cinema. It wasn’t invented by the early pioneers of the medium but rather discovered. It’s cinema’s very own natural language, and that is what movies have been about ever since. Different directors have pushed the boundaries of this form of art throughout history. Orson Welles implemented very intrepidly and with a lot of talent the literary technique of flashback in “Citizen Kane” (1941). Alfred Hitchcock made us think that “Rope” (1948) was filmed in one shoot, and although he cheated, the story unfolds in real time in front of our eyes. Stanley Kubrick stretched the length of an ellipsis to encompass the whole story of human civilization in “2001 Space Oddyssey” (1968). All of them masters of their art, for sure, but they were all playing the same game.

And then Richard Linklater made “Boyhood” (2014), a movie about growing up and the passing of time, shot intermittently over a 12 year period with the same cast. There are tones of articles and reviews that will explain “Boyhood” better than me so I’m not going to get into that. I just want to talk about why I think this movie has changed the game.

Linklater had already shown his interest in the passing of time with the “Before” trilogy (1995, 2004, 2013) in which we follow the evolution of a couple over 18 years. We see Ethan Hawke and July Delpy ageing from one movie to the other. But “Boyhood” is different. We experience how Mason (Ellar Coltrane) and his family grow up and age right in front of us over the 2 hours and 45 minutes that the movie lasts. It is, to say the least, a powerful experience, if not transforming.

I remember watching it in London’s West End. The whole way back home I was haunted, going back to memories of myself I hadn’t visited in ages, completely unaware of my surroundings. To be honest with you, I don’t know how I got the right bus home. Watching Mason’s transition from childhood to adulthood, you can’t help but think about your own personal evolution. That’s what I think Linklater’s greatest finding with this movie is.

How’s this movie a game changer? Let’s get back to Bergson. What Linklater has done with Boyhood is something profoundly remarkable. He’s been able to make spatialized time feel like Duration. In other words, he’s achieved the construction of a story that feels like experience. In “Boyhood”, the story behaves like experience. It accumulates like memory.

And that is a Linklater’s particular accomplishment. Somebody else would probably have hyperbolized life by showing Mason’s first times and pregnant moments. Instead, he shows the time in between. He places his camera in the trivial, the ordinary, just as memory does to build a narration of our own life.

“I was grateful for those years between shooting to filter out the bad, because your first ideas of representation usually aren’t the best. My main thought was “How does my memory work?” – Richard Linklater

The perception of time unfolding in front of our eyes carries so much emotionally. It touches us, and it raises questions and self awareness. I remember how Nan Goldin’s work shocked me in my college years. It wasn’t the sex, or the coolness of New York’s nightlife in the 80’s, nor the tragedy of AIDS or the lost friends, but the profound effect of seeing how time passes over people’s lives.

There is something mysterious about time and how we perceive its effects on ourselves. Or in other words, it is surprising that it actually doesn’t affect who we are as much. A few days ago, a friend of mine told me about how her grandad said, a few months before he passed away, that what really surprised him was the fact that the face in the mirror wasn’t 19 anymore. The foundations of who we truly are come from somewhere inside of us that is consistent throughout our lives and, in a way, immune to experience, careless of time. That’s why watching how Mason becomes an adult without losing that same reflecting self that, in the beginning of the movie, looked pensively at the clouds passing by, felt like revealed truth.

Nicole –You know how everyone is always saying seize the moment? I don’t know, I’m kind of thinking it’s the other way around. You know? Like the moment seizes us.