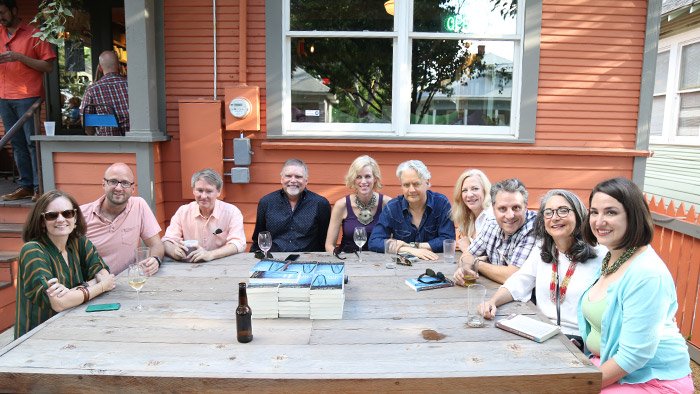 As literary agent David Hale Smith calmly took his seat at the panelist’s table inside The Wild Detectives, the scene outside in the the bookstore’s front garden was bustling. As a crowd gathered, the writers who contributed to Dallas Noir (Akashic Books, 2013), Smith’s project consisting of collected short fictional stories of crime and intrigue set in various iconic neighborhoods in Dallas –and part of Akashic international groundbreaking series of original noir anthologies–, slowly made their way into the store to join Smith at the panelist’s table. The discussion ostensibly was about each writer’s contribution to Dallas Noir but also included forays into the authors’ own literary journeys as well as their thoughts on the current state of the writing scene in Dallas.

Smith acted as both a moderator and an expert himself. The conversation started with a tip of the cap to the independent booksellers of Dallas’ past and a reminder of the importance of independent book retailers and the weight that they hold in the national literary conversation.

“I want to remind everyone here that this bookstore is a nationally-noted, independent bookseller who reports their sales directly to The New York Times. The Times gets a lot of numbers from Barnes and Noble and that’s why we need stores like this reporting back to them to help better account for independent book sales.” said Smith.

Smith then introduced English professor and Dallas Noir contributor Matt Bondurant. An East Dallas resident of five years who recently accepted a teaching position at University of Mississippi in Oxford, Bondurant shared his experiences writing a story about a city which he still considered somewhat new to him. He also spoke of writing outside of his comfort zone, as this book marked the first time he has written a criminal fiction short story.

Nationally acclaimed local author Ben Fountain took questions next and posited that living in Dallas was akin to “living in a pure and frightening strain of Americanism, rife with conspicuous consumption.” That’s not to say that Fountain sees Dallas as inherently unpleasant or unrefined as a whole. He emphasized what the believes is a writer’s ability to transcend geography or perceptions about Dallas.

“Don’t worry about where you live or who you know. Subject matter is less important than writing in an authentic voice.” Fountain opined to the audience, many of whom were in attendance specifically to seek advice and guidance on how to achieve success such as his in the literary world. Fountain’s novel Billy Lynn’s Long Halftime Walk (Ecco, 2012) is currently being made into a major motion picture, helmed by Oscar-winning director Ang Lee. He also gave the crowd some details about his current writing project, a novel set in Haiti.

Dallas Arts District Executive Director Catherine Cuellar, whose contribution to the collection is a quirky and dark tale involving a dog walker, addressed the organic formation of cultural districts in the city, such as Bishop Arts District, Deep Ellum and The Cedars. The development, direction and future of these districts has been the subject of much debate recently and Cuellar shed some light on how those districts are usually formed and the service that they provide to the city and its’ artists.

After a short break, the second panel began with an anecdote from contributor Fran Hillyer about her time as an Enlgish teacher at the Episcopal School of Dallas. In a case of sheer coincidence or karmic luck, two of her fellow Dallas Noir contributors were ESD students, one of whom had Hillyer as his English teacher. It was an anecdote that perfectly encapsulated the “big city with the heart of a small town” experience that many find in Dallas.

The panel continued with Merrit Tierce discussing her contribution to the book with a story set in the mahogony-paneled and heavily draped world of Dallas’ upscale steakhouses. If the setting sounds familiar, it is because Tierce’s own novel, Love Me Back (Anchor, 2014) is also set in the world of clandestine private rooms and hushed business dealings of a Dallas fine dining steakhouse. The New York Times Book Review called Love Me Back, Tierce’s debut novel, “brilliant and devastating.”

Smith once again reminded the audience of the do-it-yourself-ness of the book and even the book’s cover design. A moody and ethereal shot of the Margaret Hunt Hill bridge, Smith revealed that the cover photo was shot by himself on a iPhone out of his convertible on a foggy, grey day. The photo was intended to be a placeholder but the book’s design team found the image to be so perfectly matched with the book’s tone that it was used as the final artwork.

The panels soon wound down and the authors moved the the backyard of The Wild Detectives to sign copies of their books being sold at the event. Fans and aspiring writers alike got a chance to chat in a casual, informal setting with the various contributors to the book.

As sunset closed in, former Lift to Experience front man, solo artist and Texas native Josh T. Pearson performed a live music set for the engaged crowd. A sensation in Europe, Pearson brought a taste of his dark, twisted take on gospel music to the backyard of The Wild Detectives and it was then that everything made sense.

Dallas Noir joins other anthologies in the series focused on cities such as Rome, San Francisco, Boston, Stockholm and more. It is a collection of tales of the odd eccentricities and outlandish tales of wealth, power and corruption in a city where nothing is ever understated. 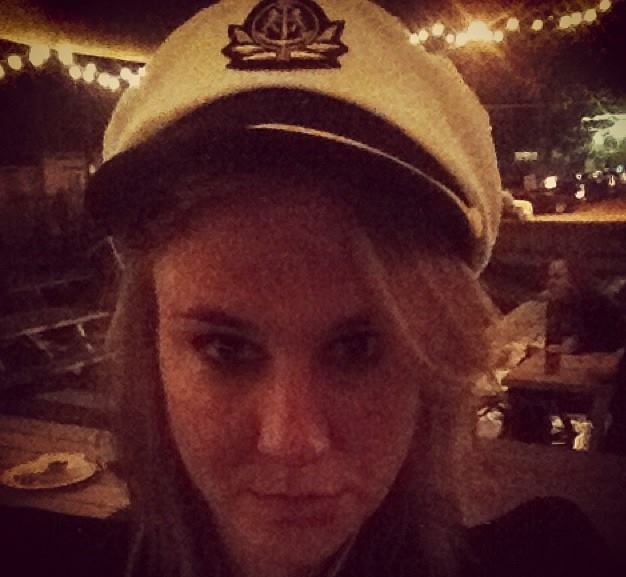 Amanda Cobra has worked for 40 years as the night watch person at a cranberry silo. Her background is music and sports journalism and she’s written for Thrillist, D Magazine, Dallas Observer, Quick, WFAA-TV, American Way and all the other media outlets that Dallas writers cycle through. Her favorite bands are Sparks and Run the Jewels. She can be found running down the clock on Twitter (@amandacobra), Facebook (www.facebook.com/amandacobra) and on FarmersOnly.com (www.farmersonly.com/taylorswift89).